Yog: Monster From Space (1970, Japan) is a Kaiju film directed by Ishiro Honda. 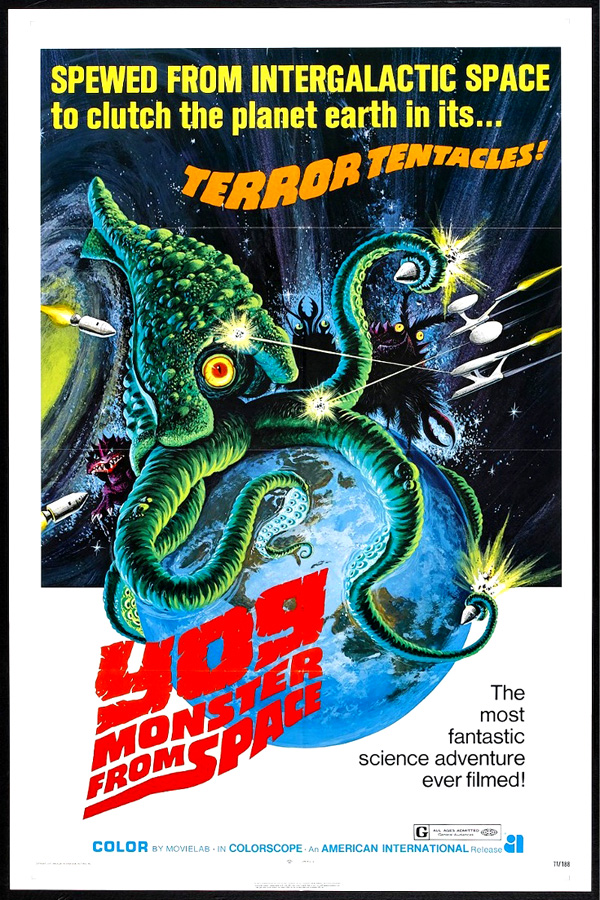 Space Amoeba aka Yog: Monster From Space tells the story of extraterrestrial amoeba-like aliens that highjack a probe and, after crash landing on a small South pacific atoll, create gigantic monsters from native lifeforms (a Kisslip cuttlefish, Rubble crab and Matamata turtle) with plans of conquering the Earth. The film was released theatrically in the USA in the Summer of 1971 by American International Pictures as Yog Monster from Space. (Wikipedia)