X: The Man With X-Ray Eyes

X: The Man with X-Ray Eyes (1963, USA) is a Science Fiction-Horror film directed by Roger Corman. 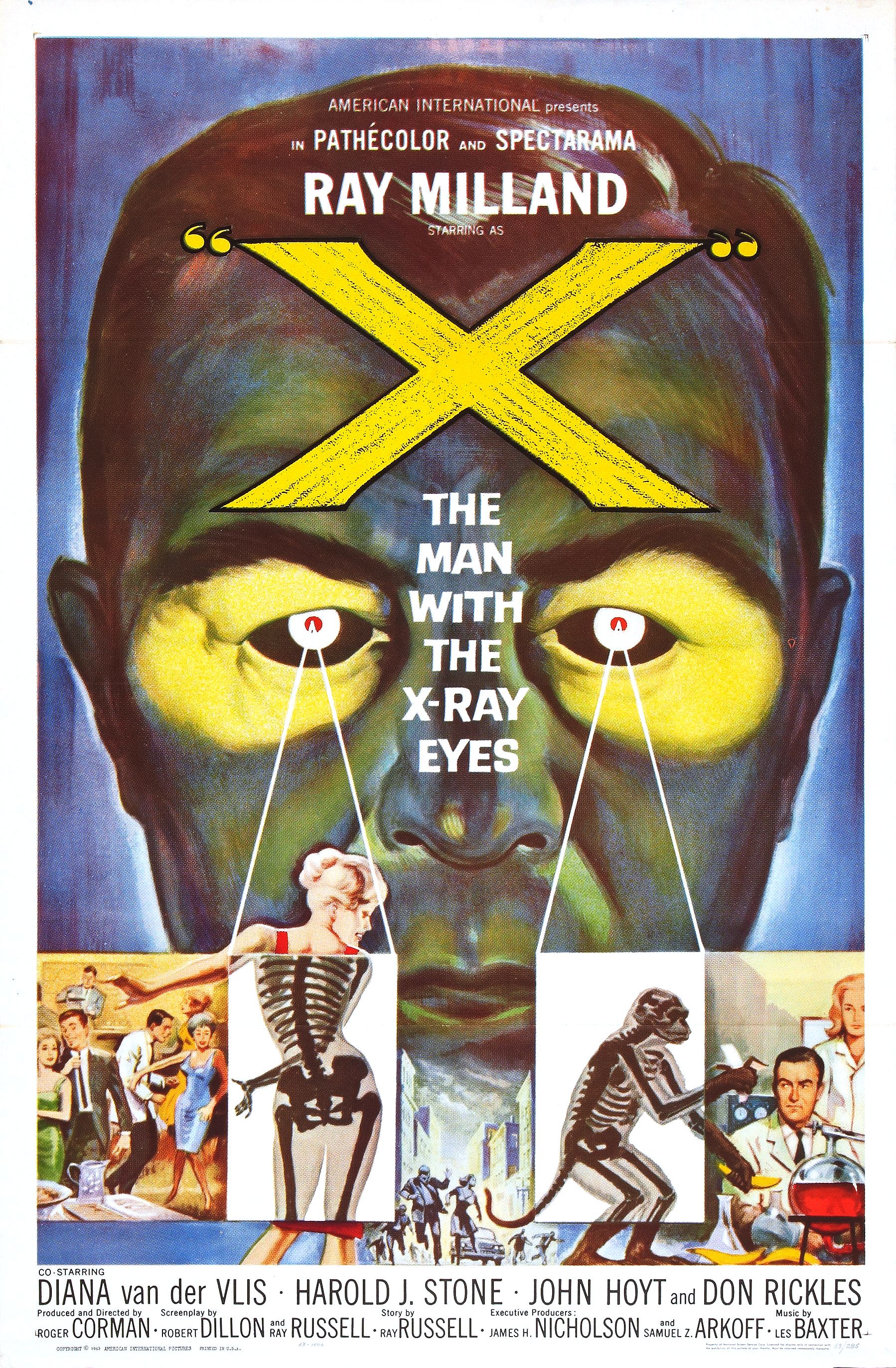 X: The Man with the X-ray Eyes is a 1963 science fiction/horror film. Directed by Roger Corman from a script by Ray Russell and Robert Dillon, the film stars Ray Milland as Dr. James Xavier. A world renowned scientist, Dr. Xavier experiments with X-ray vision and things go horribly wrong. While most of the cast are relatively unknown, Don Rickles is notable in an uncharacteristically dramatic role. Veteran character actor Morris Ankrum makes an uncredited appearance, his last in the movie industry. American International Pictures released the film as a double feature with Dementia 13. Shot in a mere three weeks on an ultra-slim budget of $300,000, Corman described the film's success as a miracle. The movie was notable for its use of visual effects to portray Dr. Xavier's point of view. While crude by later standards, the visuals are still effective in impressing upon the audience the bizarre viewpoint of the protagonist. (Wikipedia)