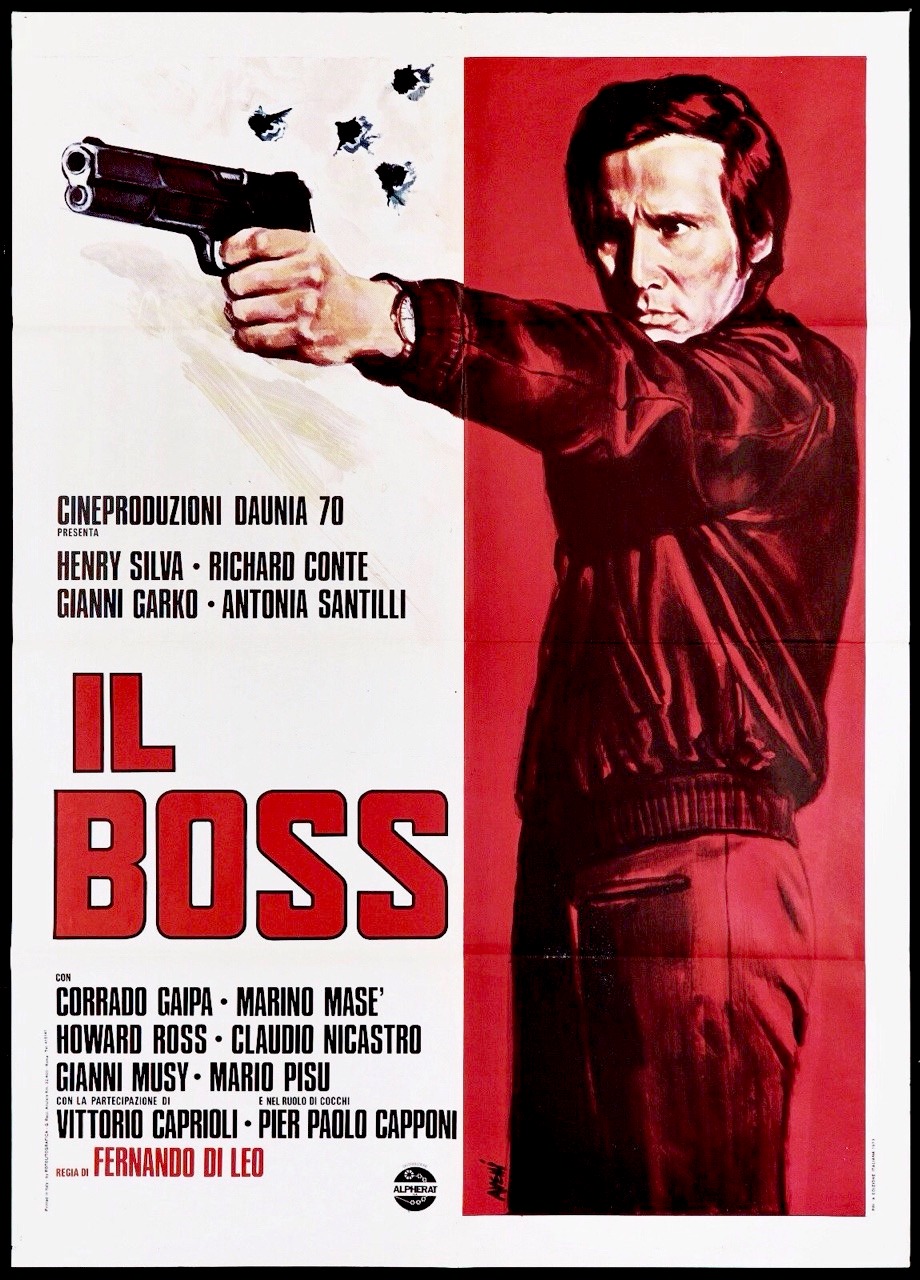 Il Boss, aka The Boss, Murder Inferno or Wipeout! is a poliziottesco film written and directed by the Italian crime film specialist Fernando Di Leo in 1973. It is the final part of Di Leo's Milieu Trilogy, also consisting of Milano Calibro 9 and La mala ordina, both released in 1972. Nick Lanzetta (Henry Silva) takes out several members of a rival crime family for his boss Don Corrasco (Richard Conte). The enemy clan attempts retribution by kidnapping an associate's daughter, who turns out to be a nymphomaniac. A violent power struggle within the Mafia ensures. (Wikipedia)