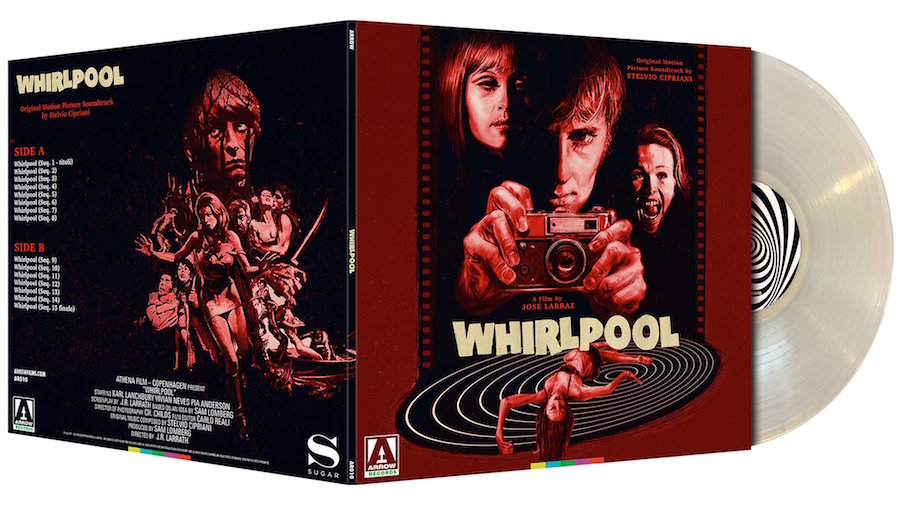 A pleasingly grim and low budget film, WHIRLPOOL tells the sleazy tale of a young model who becomes ensnared at a secluded country home by a pervy photographer and his aunt. The sordid goings-on are given an unexpected lift by a typically grandiose and classy score from STELVIO CIPRIANI, a prodigious Italian composer whose tasteful musical scoring enhances numerous gialli, horror films and westerns, and who worked with directors such as MARIO BAVA, UMBERTO LENZI, JOE D’AMATO and RUGGERO DEODATO. Here he delivers a series of sumptuous arrangements by turns sultry, romantic, moody and threatening.

This clear vinyl edition is limited to 500 copies. The recording has been newly mastered from the original analogue tapes by JAMES PLOTKIN and is presented on 180 gram wax housed inside a 350gsm sleeve. Featuring newly commissioned artwork by GILLES VRANCKX and accompanying liner notes by STEPHEN THROWER.