"As a movie it's despicable" - Roger Ebert

Years before I had heard the actual title or seen this 1970 British/Danish co-production, I first became aware of Jose Ramon Larraz' Whirlpool from the 42nd Street Grindhouse bible Sleazoid Express. Yep, that's the poster for the movie smack dab on the cover. It's an image from one of the most shocking scenes in the movie. 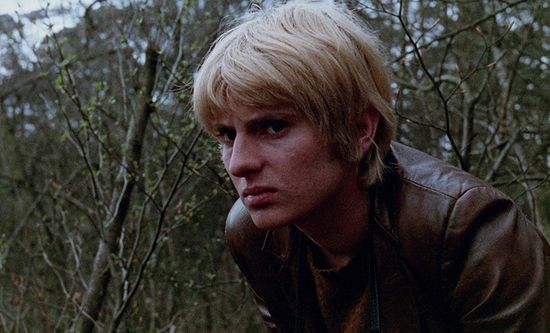 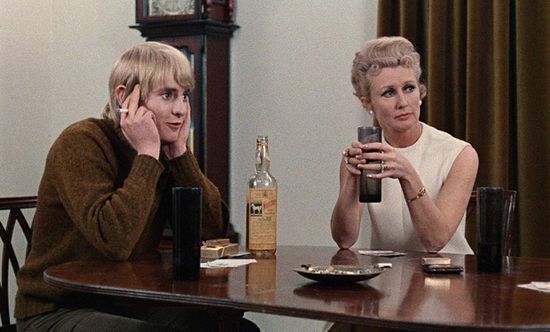 Karl Lanchbury (Vampyres) stars as Theo, a young photographer who lives in a English countryside estate with his much older aunt Sara (Pia Andersson). The film moves right into sleazy action as Sara invites a young beautiful fashion model named Tulia (Vivian Neves) to the home. Soon after she and Theo begin their manipulation of the young girl with booze and other substances. Before we know it, they are into a game of strip poker which leads to a sexy menage a trois. Along with participating in this steamy fling, Karl watches and takes photographs of Sara and Tulia as they make love together.

We learn that Tulia is not the first person to be drawn into these sexual games by Karl and Sara. A girl named Rhonda (Johanna Hegger) was the last "model" they shared, but she has mysteriously dissapeared. This later brings an unwanted guest in the form of an inspector (Barry Craine) who confronts Karl and inquires about Rhonda's whereabouts. Karl explains that he did in fact photograph Rhonda but she left and flew to Italy weeks earlier which clears him of any suspicion for the time being. 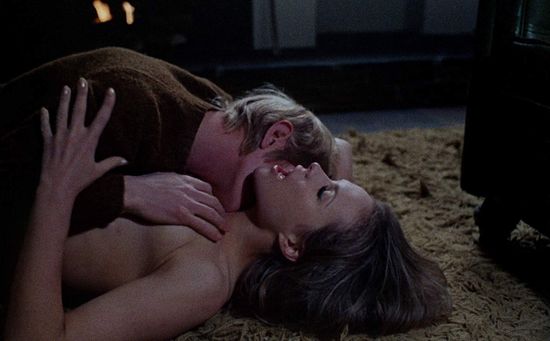 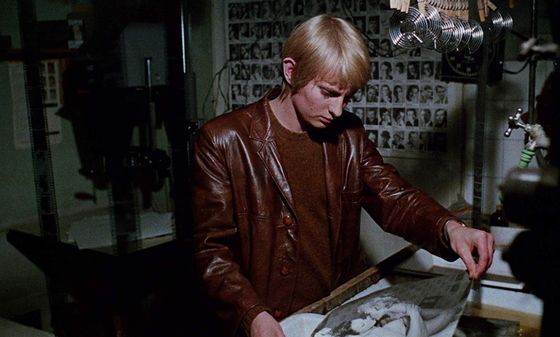 As Tulia spends more time with creepy Karl and Sara, she begins to get alarmed by their actions, especially Karl who is a total loon with a camera. Her fears are proven to be correct as one day Karl and his friend drive down a dirt road and sexually attack her in the woods. Karl takes photos as his buddy rapes Tulia and pulls her clothes off. To be more cruel, the two men hop in the car and begin to drive off leaving her stranded, but then stop and explain to her it was all a big joke. Tulia knows she's truly in peril when she discovers some disturbing photos in Karl's darkroom. This is where we see a flashback that clues us in on what really happened to Rhonda.

This film really delivers on all the perverse thrills and nastiness a good 70s Grindhouse era film should. It reminded me of other psycho-sexual classics like Peeping Tom, Psycho and I Spit On Your Grave, which means it's an overlooked gem. The rustic atmosphere and striking score by Stelvio Cipriani just enhance the experience. What I liked most about it was it's a well made film and keeps you on the edge of your seat all the way through. The ending is also really memorable and doesn't stop where you think it will. 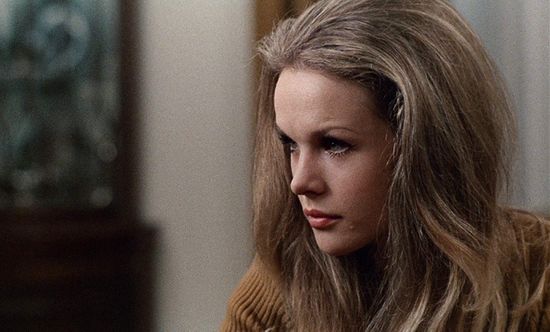 Whirlpool has recently been released in a new BluRay box set from Arrow Video entitled Blood Hunger: The Films of José Larraz. It's been given a full 2K restoration and comes with a variety of extra features including a brand new audio commentary by scholar Tim Lucas which will delve into the history and making of the movie for interested aficionados. This one gets my GCDb recommendation.