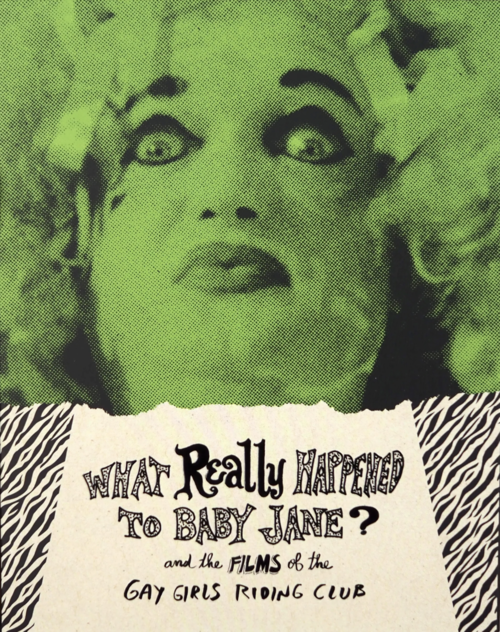 The American Genre Film Archive (AGFA) represents the world's largest theatrical catalog of exploitation cinema. Their home video line presents a diverse selection of movies, ranging from new preservations of classics from the vast library of Something Weird to the wildest in shot-on-video (SOV) titles. Vinegar Syndrome’s sister company, OCN Distribution, is thrilled to be representing this diverse and unique home video line!

Spearheaded by filmmaker Ray Harrison, the Gay Girls Riding Club (GGRC) took California’s 1960s underground gay scene by storm with drag spoofs of classic Hollywood films. WHAT REALLY HAPPENED TO BABY JANE? AND THE FILMS OF THE GAY GIRLS RIDING CLUB collects the joyous, ambitious, and wig-filled GGRC films on home video for the first time ever. From WHAT REALLY HAPPENED TO BABY JANE?, shot only a few months after the release of WHAT EVER HAPPENED TO BABY JANE?, to ALL ABOUT ALICE, the GGRC’s feature-length roast of ALL ABOUT EVE, these pioneering DIY movies are essential snapshots of mid-century drag culture that would feel right at home with the dreamy work of Mike and George Kuchar. AGFA, in partnership with the Outfest UCLA Legacy Project, is thrilled to present these overlooked chapters of queer cinema -- preserved from the only known 16mm film elements in existence.