What Ever Happened to Aunt Alice

What Ever Happened to Aunt Alice? (1969, USA) is a Thriller film directed by Lee H. Katzin. 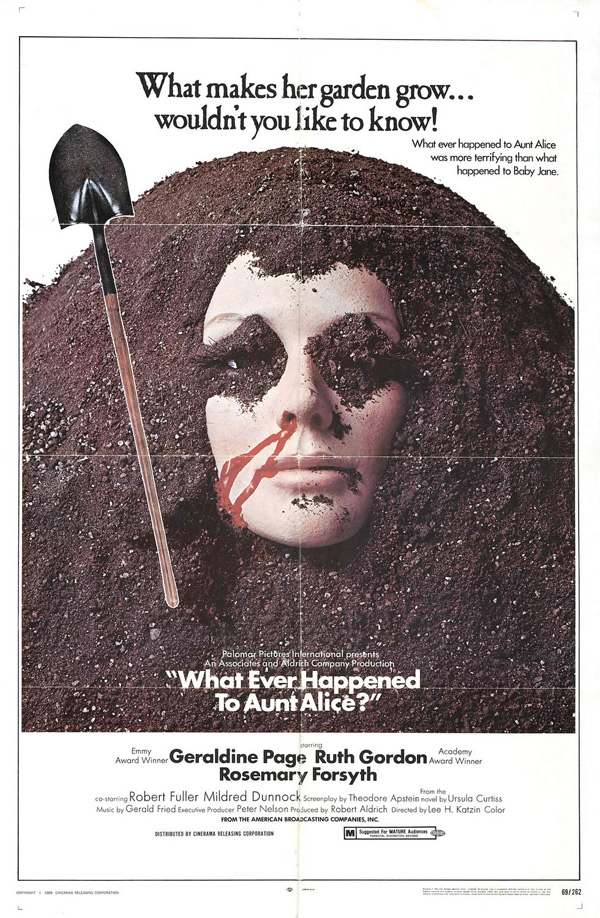 Claire Marrable (Geraldine Page) is a widow whose housekeepers have a mysteriously high turnover rate. When Marrable's most recent maid goes missing, the maid's former employer, Alice Dimmock (Ruth Gordon), takes the job to investigate the disappearance. With the help of her nephew (Robert Fuller), Alice discovers that the widow is responsible for the missing housekeepers and attempts to reveal Marrable's dark secrets -- before she disappears as well.