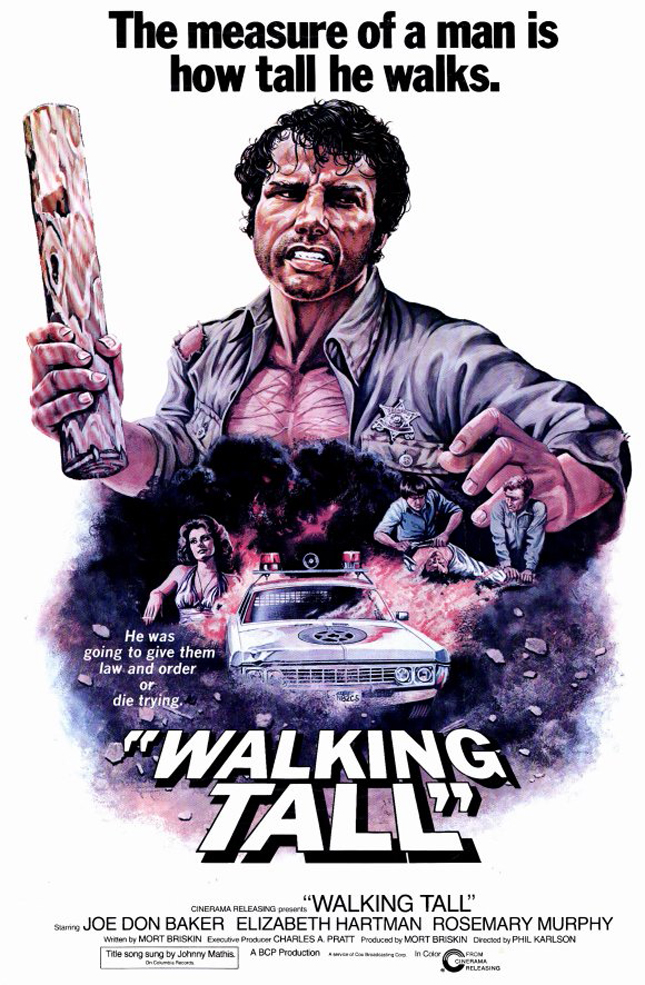 The title of the movie comes from one of the real-life Pusser's favorite sayings "the measure of a man is how tall he walks."

This is a real life story of Tennessee Sheriff Buford Pusser. Pusser (Joe Don Baker) tries to remove Southern mafia corruption in his small Tennessee/Mississippi border county. The State Line Gang attacks him, his family, and anyone who tries to help him. Eventually, Pusser recuperates, and returns with a vengeance....and, a four-foot-long wooden stick. Walking Tall really is a cult classic and was well-received at the box-office. Followed by two sequels Walking Tall Part II (1975) and Final Chapter: Walking Tall (1977) and a TV series called A Real American Hero.