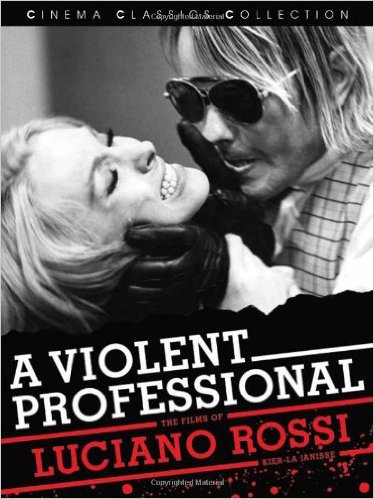 With nearly seventy films under his belt, almost exclusively in the colourful, controversial and eye-catching realm of Italian exploitation, character actor Luciano Rossi (1934-2005) remains one of Italian cinema's unsung heroes. Rossi gets brutalized more regularly and more spectacularly than any of his supporting counterparts, whether it's at the flaming fists of Maurizio Merli or via blowtorch to the nether regions courtesy of Klaus Kinski - and he deals it as furiously as he takes it!

A Violent Professional is the first book to fully examine the career of Luciano Rossi - complete with a biography and first-hand reviews of all of his known film roles - and stands proudly as a long-awaited appraisal of this dynamic actor's immeasurable contribution to Italian cinema. Films covered include truly great Italian cult movies such as Django, They Call Me Trinity, Return of Sabata, Death Walks On High Heels, So Sweet So Dead, The Bloody Hands of the Law, Death Carries a Cane, Death Smiles At Murder, The Violent Professionals, Red Light Girls, Violent Rome, Emanuelle's Revenge, Salon Kitty, SS Experiment Camp, Violent Naples, The Red Nights of the Gestapo, Contraband, City Of The Living Dead, and many, many more! (128 pages).