When it was released in theaters, Del Tenney's production of the 1962 thriller Violent Midnight also went by the alternate titles: Psychomania and Black Autumn. It was filmed in and around Connecticut and is one of the many proto-slasher films that came out after Psycho (1960). You can also see its influence on the Italian giallo genre since the killer dons a trenchcoat, driving hat, black gloves and uses a knife. In addition, it would influence the popular slasher films of the late 70s and early 80s like Halloween and Friday The 13th. This was Del Tenney's first production and he would go on to make the drive-in classics: The Curse of the Living Corpse and The Horror of Party Beach. 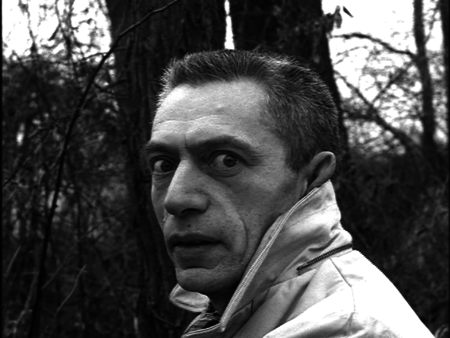 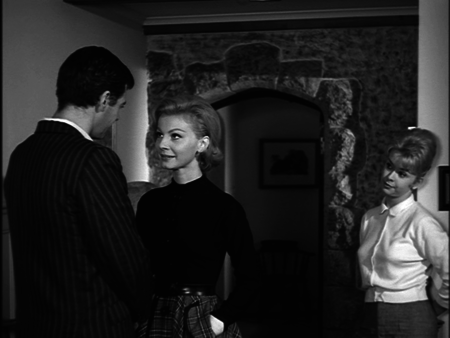 The story focuses on Elliot Freeman (Lee Phillips) a Korean War vet who has come home and become a painter. When we first meet him he is creating a portrait of a beautiful woman posing for him in the nude named Dolores Martello (Kaye Elhardt). We can see that Dolores is attracted to Elliot but he has a very no nonsense attitude. Dolores wants something to eat, so Elliot sends her back to his home to get a bite, but when she's inside, she notices a dark figure peering through the window behind her and is startled. When she opens up the front door she sees a large strange looking man. This is just the chauffer employed by Elliot's lawyer, Adrian Benedict (Shepherd Strudwick) who has come to visit. 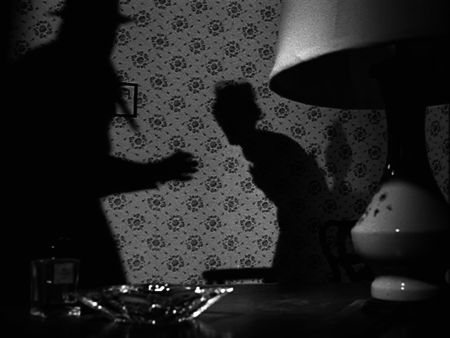 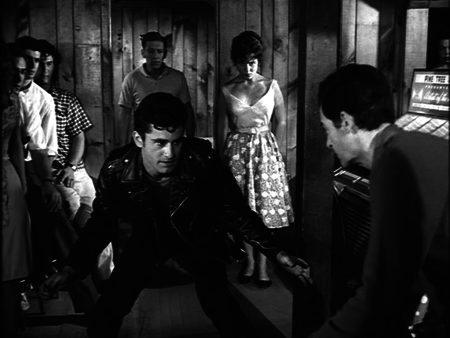 Dolores and Elliot go to town one night for dinner and drinks. This is where we meet Charlie Perone (James Farentino, Dead and Buried) who is clearly jealous of Elliot. Charlie starts a fight with Elliot, but he quickly defends himself and knocks Charlie down. This guy isn't your typical quiet painter. His time in the War taught him to think fast and act faster! Elliot and Dolores return back to her apartment where Dolores tries to seduce Elliot, but it doesn't work. She then tells him she's pregnant with his child, but Elliot doesn't believe it's his. Elliot abruptly leaves. Suddenly, a dark figure enters Dolores' apartment and in silhouette, we see the him stab her brutally. 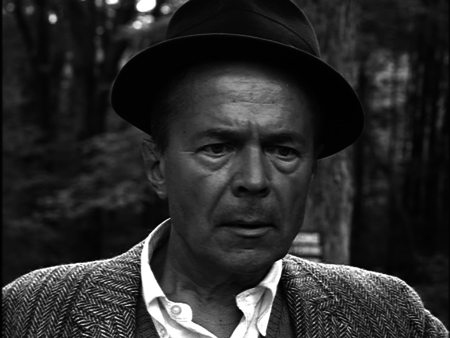 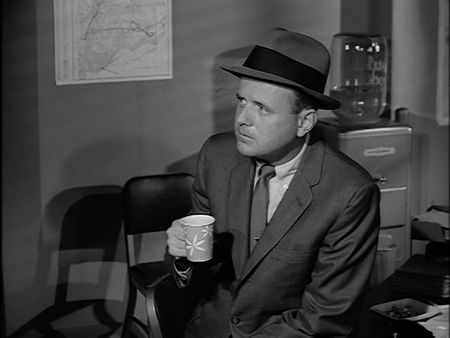 A local detective, Inspector Parma (Dick Van Patten) is on the case and he begins tracking down any leads including Elliot and Charlie as well as a mysterious man named Professor Melbourne (Day Tuttle) who seems to turn up in the strangest of places. Meanwhile, Elliot's sister Lynn (Margot Hartman), has come to visit him from Montreal. While she is there, she decides to attend a local all girls school. This is where we meet the sexy co-ed Alice St. Clair (Lorraine Rogers) who steals the film whenever she appears. The killer could really be anyone and while Inspector Parma searches for clues, the thrills abound as Charlie hides from the cops with his current fling Silvia (Sylvia Miles) and Elliot falls in love with one of the other girls school students, Carol (Jean Hale). 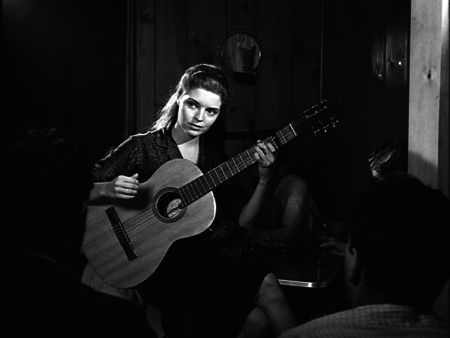 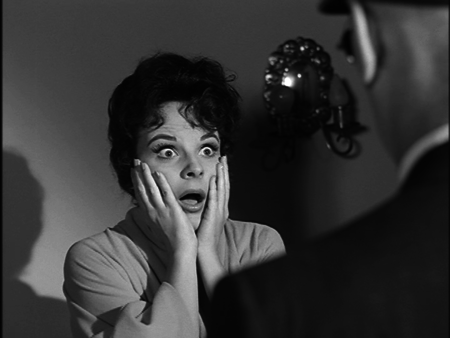 The movie still looks spectacular 50 plus years later. While I was watching I noticed that the film had an unusual amount of nudity for a production from this period. On the DVD audio commentary, Del Tenney explains that this was made before the MPAA began cracking down on films, so if you shot nudity in a non sexual fashion, it could actually be shown. This film was obviously influenced heavily by Hitchcock's Psycho, but it also has its own flavor and style.

Violent Midnight is a well made low budget thriller from the early 60s with plenty of sexiness and excitement. The use of special FX was at a minimum because of the budget constraints and the directors at this time had to often create entertaining stories by using the basic tools of cinema (direction, editing and music). Violent Midnight remains a prime example of great independent genre filmmaking from the 60s.