Velvet Smooth—yes, that’s her name (!), is a NYC ‘Protection Agency Chief” charged with finding out who’s trying to put an inner-city numbers syndicate out of business. As Media Counterpoint’s fabulous theme song attests: “Velvet Smooth you are the one / Velvet smooth with love or with guns!”

Johnnie Hill (in her only film role) is Velvet, a woman who trades on her charm and physical attributes to get assignments that allow her to obliterate the bad guys. “Tall, lean and mean” though she may be, Velvet has a female pose—as skilled in Martial Arts as she is. Frankie (Rene Van Clief) is a young woman who likes to spend “quality time” with her man, and Ria (Elsie Roman) is a “by the books” law student. “Charlie's Angels” have nothing on these high-kicking gals! 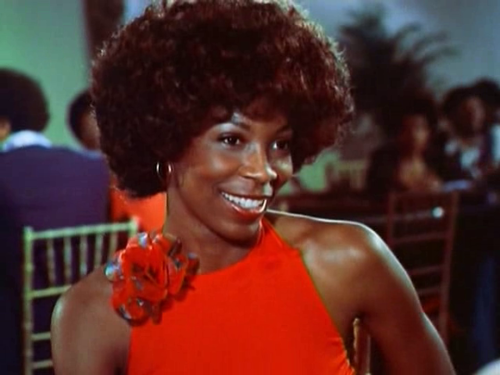 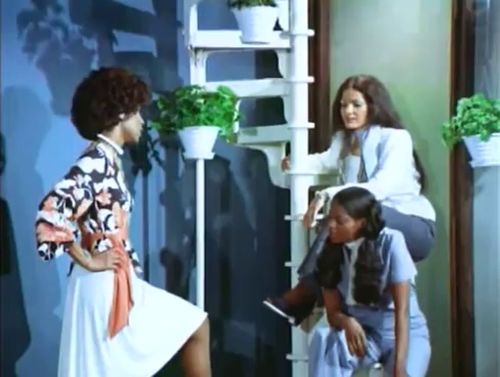 Staged Karate fight sequences abound: in a warehouse, in a parking lot, on a rooftop, in a pool hall, in a back alley, in a casino, and in Velvet’s own plush bachelorette pad—complete with ethnic reading material; “Ebony,” “Sepia,” a crushed velour couch, hanging plants, a bar, and a spiral staircase that leads to an upstairs bedroom.

What sets Velvet Smooth apart from its over-the-top female-hero predecessors—Coffy, Foxy Brown, Cleopatra Jones—is its grit and gumption. This is a super low-budget film whose obviously untrained and probably unpaid participants give it their all. Yes, there’s a swinging boom mike in an extended segment, fumbled dialogue, line readings, and child-like “fight” sequences, but the film has good intentions. 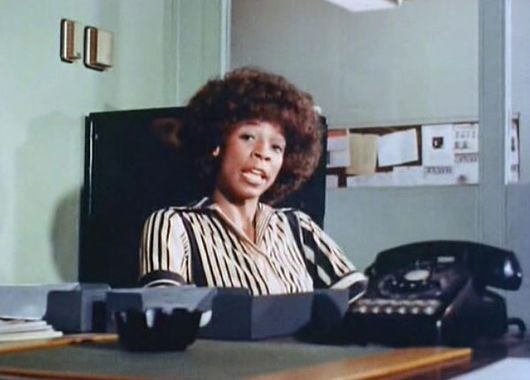 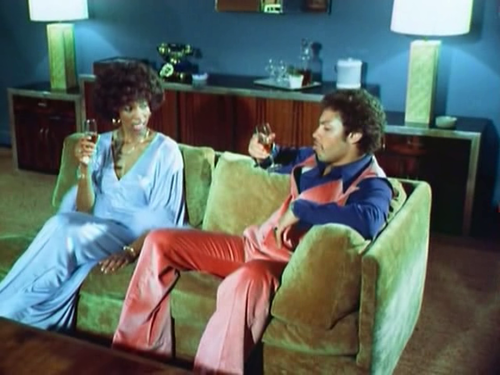 And good music too. Along with the theme song “Velvet Smooth,” Media Counterpoint performs the irresistible “Bye, Bye Mr. Heartache” during a nightclub sequence. There’s also a nice montage of New York City at night, a peak at an illicit gambling establishment, and a welcome cameo by ‘70s Football star-turned-actor Emerson Boozer (talk about a fantastic name)! On hand in support roles are Owen Wat-son as King Lanthrop, an inner-city gang lord, and Frank Ruiz as Lieutenant Ramos, Lanthrop’s nemesis.

Director Michael Fink’s is utilitarian. As he did with 1974's threadbare Black Force, he, out of necessity, eschews the unnecessary and instead concentrates on genre expectations: fight scenes, sex (although there’s very little), music, and nefarious situations. Screenwriters Leonard Michaels and Jan Webber bring it all home, demonstrating a flair for what’s popular and a fearlessness when it comes to appropriation. Smooth, silky and satisfying.