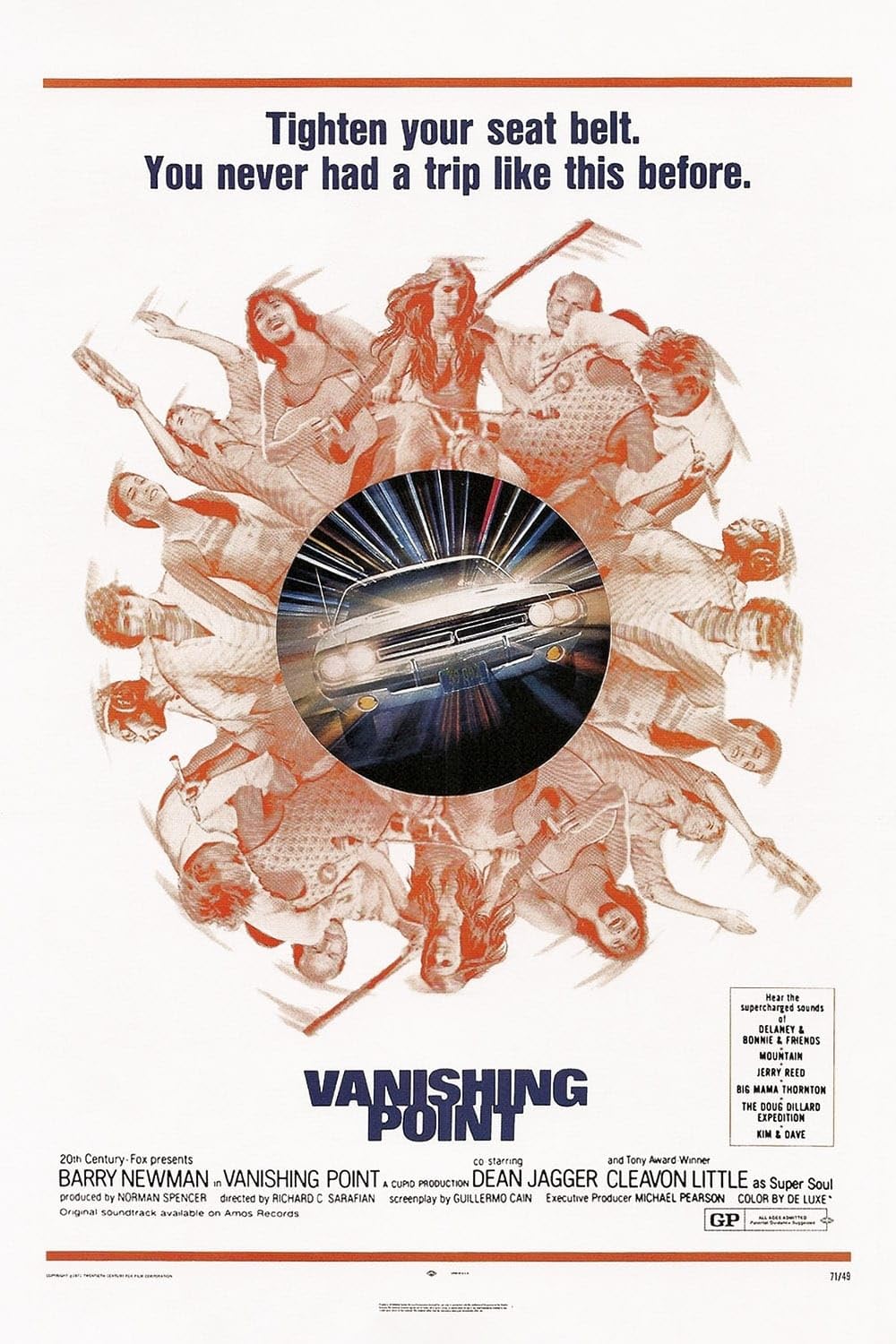 The screenplay for Vanishing Point was written by G. Cabrera Infante, under the pseudonym Guillermo Cain. The story was based on two actual events: the disgraced career of a San Diego police officer and a high-speed pursuit of a man who refused to stop and was killed when he crashed into a police roadblock. Infante modeled the character of Super Soul after legendary rock and roll singer The Big Bopper. His script reflected the popular counterculture lifestyle of the time, containing elements of rebellion, drugs, sexual freedom, and rock and roll. In 1969, director Richard C. Sarafian turned down an offer to make Robert Redford's Downhill Racer in order to direct Vanishing Point. He was drawn to the counterculture themes in Cain's script. (Wikipedia)