< Up From The Depths 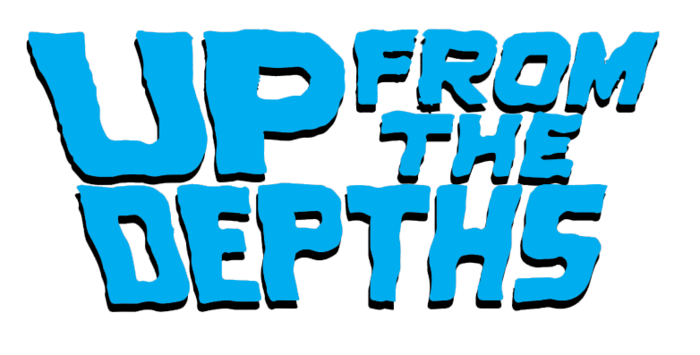 One of many, many Jaws appropriations, Up From The Depths is an unintentionally kooky date night film that holds up better than you think it would. 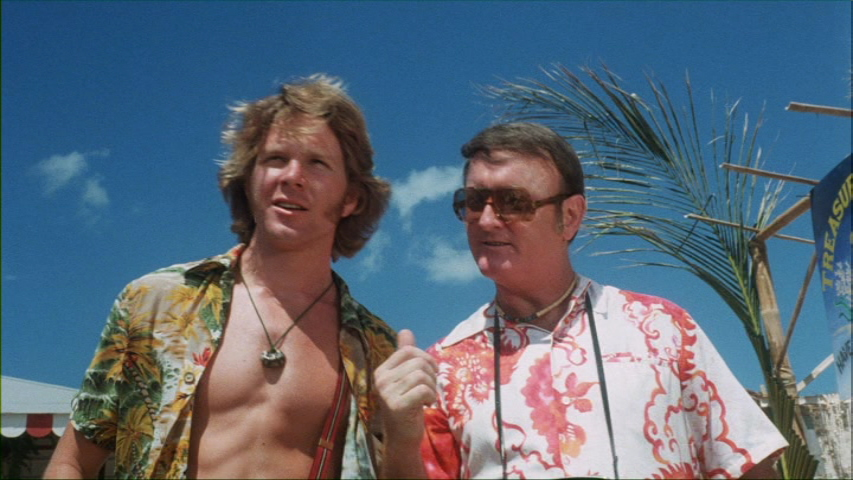 Greg (Sam Bottoms) and Earl (Virgil Frye) are local fisherman/tour guides/con-men out to make a buck on the local tourists at a beautiful Hawaiian resort. Identifying their “marks” with stealth precision, the two hone in on an impressionable couple who’re looking to make money on a supposed sunken ship whose booty has yet to be recovered. 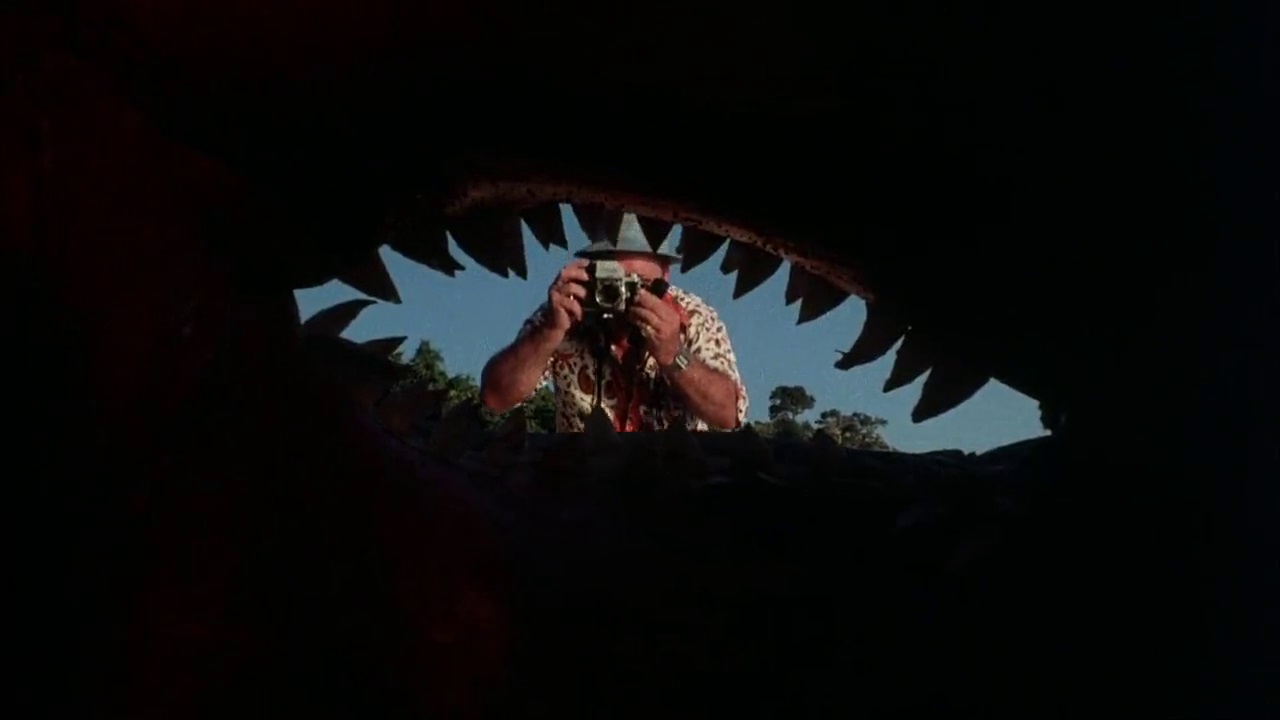 But, as they deep dive and “discover” things, people at the resort are going missing. It’s a constant distraction—especially for pink-suited hotel proprietor Oscar (Kedric Wolfe). What does one do when people report seeing a “giant sea creature” attacking swimmers: pulling them under the water, wrestling with them, and leaving behind bloody entrails and body parts?! 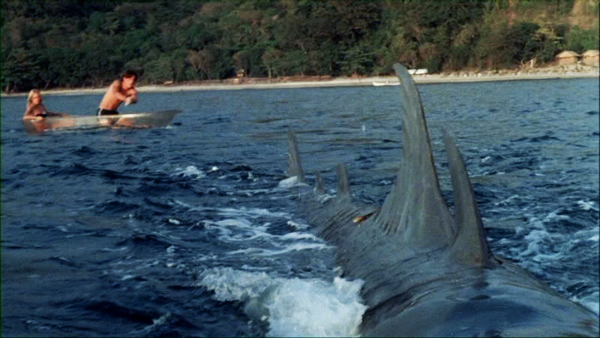 Organize a hunt of course! Whoever delivers the human-eating monster, dead or alive, wins one thousand dollars and an indefinite stay at the resort. When the hunt is on the competition mounts and fear of being the sea creature’s latest victim takes a backseat to Oscar’s shrewd distraction. 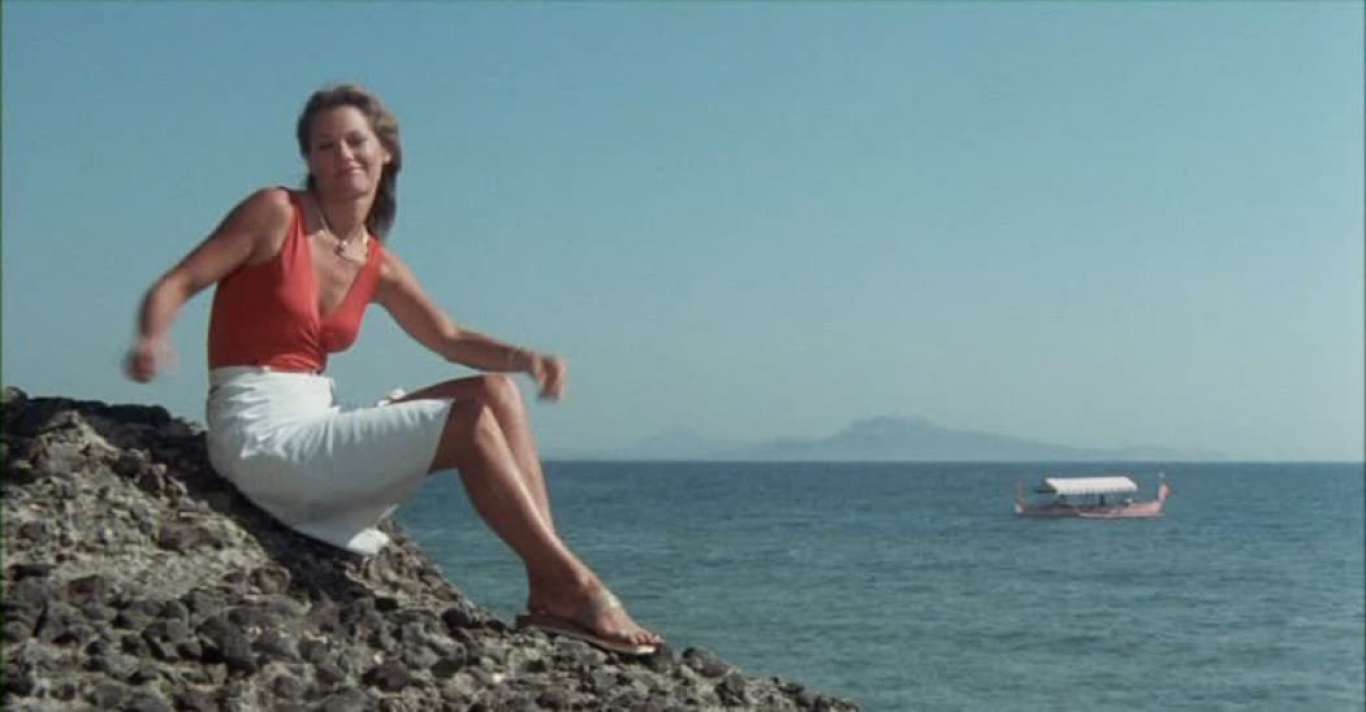 Director Charles B. Griffith does a fine job with this largely Philippine shot Drive-In filler, and screenwriters Anne Dyer and Alfred Sweeney supply a paint-by-numbers story that includes female nudity, explosions and that demonic rubbery, puppet-like giant fish. Start-to-finish overdubbed “American” voices and a concentration on humor are ingratiating—moving the film from carnage to camp.

Not as sophisticated as those other two quick-to-market Jaws knockoffs—Orca (1977) and Piranha (1978), but a must stop for the giant-fish completist.