Lost amidst the three “Ps”—pimps, pushers and prostitutes—that proliferated in 1970s black-cast action cinema, is an erudite, stylish and self aware film character worthy of reconsideration. He’s not as popular as “shut yo’ mouth” John Shaft of Shaft, as well known as “Priest” from Super Fly, or as outré as “Goldie” from The Mack, but you better believe he’s got everything they’ve got—including his own titular Marvin Gaye written/produced/performed theme song. His name is “Trouble Man,” Mr. T. to those in the know. The T is for “trouble” because that’s what you’re gonna’ get if you mess with him!

Released in the winter of 1972, Trouble Man dazzled; luring audiences in with its sensational fractured mirror poster art: but it didn’t make much of an impact. Perhaps it was the picture’s rudimentary title: too specific, too didactic, too straightforwardly “brand.” Or perhaps it was the fact that the scenario played like that of so many other Blaxploitation films: just another gun-toting angry black man out to stick it to Whitey. Whatever the reason, it’s a shame; Trouble Man remains one of the more fully realized black action hero character portraits. It’s both fantastic wish fulfillment and a film teeming with the politics of the day. 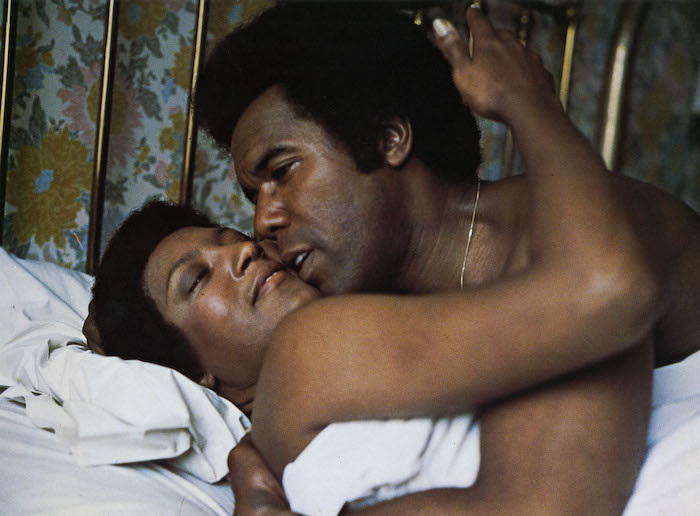 Robert Hooks plays Mr. T, a jack-of-all-trades private investigator—this time commissioned to find out who’s robbing a floating dice game in downtown Los Angeles. His life is filled with luxury: a handsomely decorated bachelor pad, a closet overflowing with “300 dollar suits” (adjust that for 2016!) and, of course, a fancy new car—a gleaming white Lincoln Mark IV, and he’s got the necessary street cred—everyone at the inner-city pool hall (where he maintains a discreet office) and boxing gym knows and respects him.

So what can go wrong with his latest $10,000 case? At first nothing, but in time T discovers that he’s being set up as the fall guy by a pair of local hoods: Chalky (Paul Winfield) and Pete (Ralph Waite). A team of players who want to move in on the illegal LA gambling racket by “icing” kingpin Mr. Big (Julius Harris) and blaming the murder on T.

Along with intrigue, violence and deadly shoot outs—all of it matched by a balanced show of T’s apparent good side; he makes sure a broken railing gets fixed in a tenement building; he uses his influence to get a neighborhood youth out of jail, T enjoys an honest, free flowing sex life. Malibu Woman: “Am I going to see you again T?” Mr. T: “I'm gonna’ have to think about that girl!” T’s “main squeeze” is Cleo (Paula Kelly), a beautiful nightclub singer who loves unconditionally, doesn’t ask questions, and looks the other way when it comes to his other women. It’s a good thing because tall, dark and handsome T’s phone is always ringing. 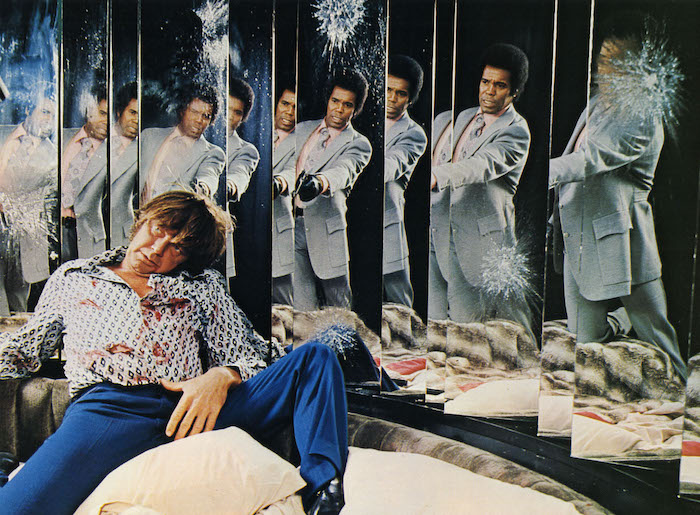 On-point direction by Ivan (The Spook Who Sat By The Door) Dixon, a fast-moving crowd-pleasing screenplay by the man who penned Shaft—John D.F. Black, and a larger than usual Twentieth Century Fox budget make Trouble Man one of the better 1970s black cast crime entries. The three minute opening segment which takes T from a beach house to his upscale digs is, itself, worth the price of admission.

Vintage Los Angeles locations—Culver City, Century City, Hollywood Boulevard—ad luster and provide the real-life scenery for an afro centric screenplay (all of T’s girlfriends are African-American; both T and Cleo’s apartments are decorated with black power-themed decorations) fashioned to reflect the mood of the day.

Add Marvin Gaye’s haunting Motown Records score—a classic collection of soul rhythms, riffs and tunes including “Trouble Man” (No. 7 on Billboard’s Pop charts), “Don’t Mess With Mister T.,” and “Life is a Gamble,” and you have 99 Minutes of carefully crafted celluloid escape: a crime caper that, although made 44 years ago, asks a few modern-minded questions: Why are the limitations placed on a black man licensed to carry a gun different from those for a white man? How does one avoid answering to money before morals. And, is it possible, considering one’s particular circumstances, to work both inside and outside of the law?