Two sailors are on their way to Snape Island. It's very foggy. Their boat is called Sea Ghost. They have to navigate correctly through the rocks. Finally they arrive. They step onto the island and see a dead body. They go into the lighthouse and again a dead body (but this time) a naked female body on the ground, covered all in blood. The bodie's head is covered with hair so one of the sailors tries to see the face and suddenly the head secedes and flies down the stairs. 2 couples are on the island to have a good time (sex sex sex). But they don't know they are being victimized by an unknown enemy. Everybody is getting killed but not Penny (Candace Glendenning). 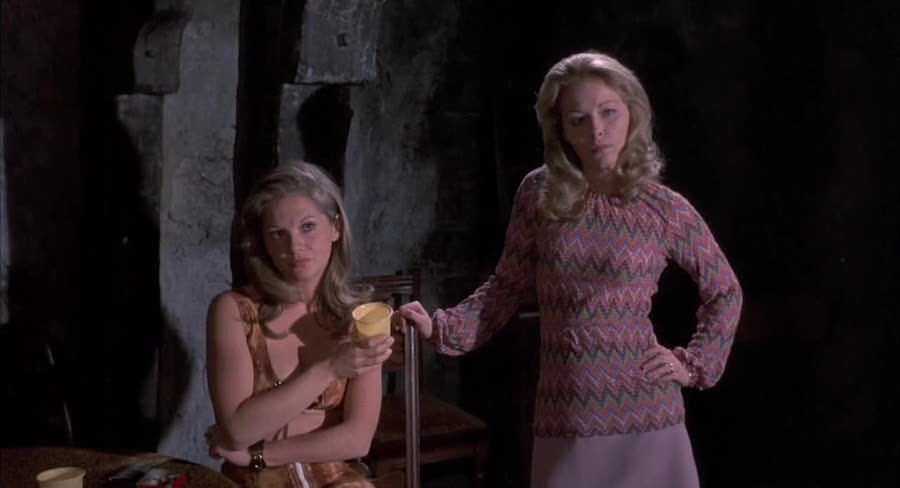 She survives and the police thinks she killed everybody. She ends up in a psychic dilemma and can't talk anymore. To the police she's the killer. Later, a group of treasure hunters team up to find something special on the island. The sailor Hamp Gurney (Jack Watson) brings them on his boat called "Sea Ghost" to the island. And after that the real killing starts. I just have to say WOW now. Haven't seen this film before. And I'm suprised. It's a Horror, Slasher, Gore film with lots of nudity. Yeah an early Slasher. Our dudes from the UK are some cool moviemakers. Respect. The GORE for 1972 was great. Arms getting chopped off, axes into the forefront etc. By the way the film is produced by Richard Gordon, a pioneer in low budget horror filmmaking who over the years brought us Horror Hospital (1973), Island of Terror (1966) and Inseminoid (1981). This motion picture is Highly Reccomended! Watch it when you get a chance. Now one of my favorite flicks.