< Top of The Heap

Top of the Heap is a seventies film with a decidedly 60s feel. It’s a fascinating look—through flashbacks, flash-forwards, fantasy and dream sequences—that tells the story of a Washington D.C. cop struggling with his inner (and outer) demons. 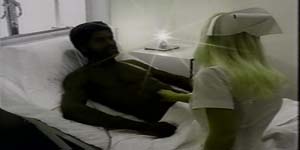 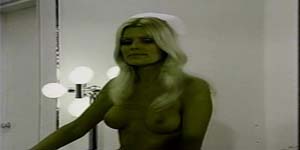 As officer George Lattimer, Christopher (Shaft) St. John brings to vivid life his character’s confusion, frustration and seething anger (he also wrote, produced and directed the film). Beleaguered—his wife Viola (Florence St. Peter) is a nag, his girlfriend “Black Chick” (Paula Kelly) a leach, and underappreciated; his boss Captain Walsh (John Alderson) overlooks him for a raise and promotion, all Lattimer possesses that is uplifting are far-flung and colorful pride-centric fantasies that play out in a netherworld of his own making.

It’s Lattimer’s fantasies; intense, outrageous, illicit, that are the jarring crux of the film: revealing both his innermost fears and most private desires. 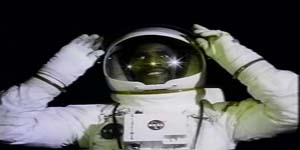 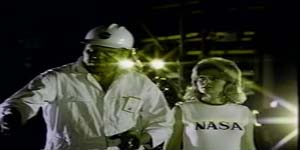 “Fanfare [the film company that distributed it] cut it brutally taking almost all the fantasy segments out,” said St. John in a 1973 interview with the Los Angeles Times. “I guess they thought that black people don’t have fantasies.”

But they most certainly do: and their on stunning display in Top of the Heap. In one Lattimer and his girlfriend are nude African natives playing hide and seek in the jungle. When they come upon a picnic table whose main attraction is a perfectly sectioned watermelon, they grab it, obliterate it and then, in a frenzy, rub it all over their naked loins.

As a member of NASA, Lattimer is championed as the first black man to travel to the moon, but once there watches as a fellow astronaut litters. Just then the camera pulls back breaking the fourth wall: the moon walk has taken place on a sound stage: Lattimer is being prepped for an actual trip to the moon. It’s a fantasy segment within a fantasy segment. 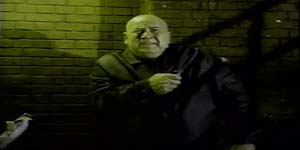 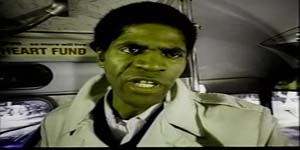 In yet another dream/fantasy excursion Lattimer walks alone down a deserted mid-century Western street and discovers his recently deceased elderly mother (now young and in her prime) seated in a chair positioned at an intersection. After a brief dance he turns a corner and finds himself the star attraction in a “welcome home” tickertape parade, an event that may or not be spoiled by the appearance of a shotgun’s nozzle peeking through a pair of worn lace curtains.

Released in the summer of ‘72 and promoted as an exploitation/Blaxploitation film (they even declined an invitation to show it at The Cannes Film Festival) St. John revealed at the time, Top of the Heap—even with its nod to exploitation genre conventions: car chases, a shootout, two lusty sex scenes, hip language and a soulful theme song by J.J. Johnson, is something much more. It’s a haunting, unrelentingly, strange, and bleak collection of contemporary concerns and existential longings; most definitely worthy of new and revised consideration.