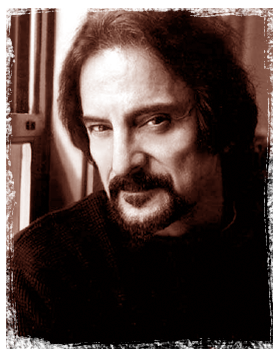 Thomas Vincent Savini was born November 3, 1946 in Pittsburgh, Pennsylvania. Tom attended Carnegie-Mellon University and later became a combat photographer in Vietnam. Many think Tom's experiences in Vietnam inspired his gory make-up FX work but this is actually not true. He was heavily inspired by the James Cagney film "Man of a Thousand Faces" (1957), and the cinematic biography of Lon Chaney. Savini took horror movie FX to a new level in the seventies and eighties - his impalings, machete attacks, shotgun blasts, and ripped apart victims looked painfully real. Savini believed in using actors instead of dummies whenever possible, this led to a level of authenticity few others could match. The actor could scream, roll their eyes, etc. One of his famous techniques was cutting the blade of machete to fit around a victims neck or head creating a repulsive effect which left the actor free to express their fear and pain.

With Tom being from Pennsylvania, he would inevitably link up with George A. Romero to provide the visual crutch he needed in his apocalyptic visions. Savini would provide the goods for Romero's creepy Martin (including the terrific geyser like staking at the conclusion), a ton of effects in Dawn of the Dead (due to budget and time constraints the effects range from astonishing - the zombie attacks in the projects, the gut ripping finale - to the abysmal - zombie extras with basic blue faces), Day of the Dead (the infamous tongue wagging zombie is in our gallery above), the underrated "Monkey Shines" and the Romero/Argento collaboration "Two Evil Eyes".