Tony Red (Thurman Scott) and his gang rob a bank and carry off 1 million dollars. There are dead people. One is a cop. His buddy Lee Stevens (Isaac Hayes) goes away and leaves the police officer alone (Lee's girl called 'coz she suspected some burglars, but it was all a setup). Insurance Investigator Gene Lombardo (Mario Erpichini) traces the gangsters down. Suprise...Lombardo and one gangster get shot. Priest Charlie (Lino Ventura) was a good buddy of Lombardo so he tries to investigate on his own. While caught in a deadly situation, he meets Lee Stevens, who saves his life, 'coz they wanted to put Charlie in a melting furnace. They both team up and investigate together. 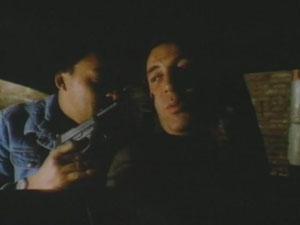 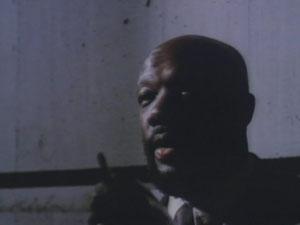 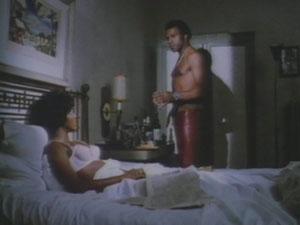 First of all, the movie soundtrack is incredible, but I'm not telling you anything new. Isaac Hayes is one BAD MOTHAFUCKA when it comes to the music. Great mix of Blaxploitation and Police film. It's an American, Italian and French Co-Production. That's what makes it more interesting. Lino Ventura is a great actor and seeing him riding the bicycle was fun (haha). Fred Williamson couldn't persuade me. His acting seemed as if he was thinking "let's do a film quick and take the money!". I still have a certain scene in my memory. Lino Ventura is in the church, the Jesus Christ figure is in front of him and all the guns are on the wall beside the figure. That looked amazing. I think I need to buy the Soundtrack CD soon, too bad I sold the vinyl of it some years ago. Whatever...The Three Tough Guys rule!