What happens when you put together three of the most badass black action heroes of the 70s to hit the silver screen in one movie? Well, thats Three The Hard Way! Jimmy Lait (Jim Brown) a music producer finds an old neighborhood friend House (Junero Jennings) shot outside his studio and immediately brings him to the hospital to get fixed up. At the hospital, Jimmy is almost run over by some unknown men but they end up driving their cars right off the roof of the parking garage making for a great slow motion/explosion sequence. Meanwhile, Jimmy's girlfriend Wendy (Sheila Frazier) decides to visit House in the hospital and when she enters his room, she finds him dead and is kidnapped by some masked thugs. When Jimmy finds out about this he goes to Lt. DiNisco (Alex Rocco) for help, but DiNisco explains that he can't just go after anyone, so Jimmy decides to take matters into his own hands. 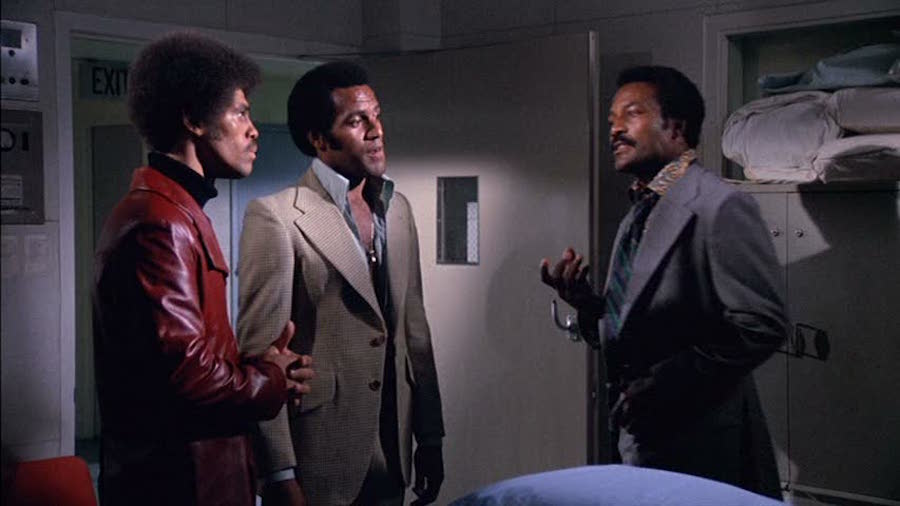 Jimmy then travels to Detroit to see his old friend Jagger Daniels (Fred Williamson) to ask for his help to get Wendy back. Jagger of course is up for the job. Next they goto pick up another friend, Mister Keyes (Jim Kelly) to complete the trifecta of badassery. His introduction scene is classic. Only seconds before he leaves his apartment, some cops are planting coke in his car, so they can falsely arrest him. When Mister figures out whats going down, he goes Enter The Dragon on their asses, taking them all out! Keyes, Jagger and Jimmy aren't together long before they are ambushed by more hitmen, a gunfight ensues and the trio take one of the thugs hostage. They plan on getting as much information about this predicament as they can. 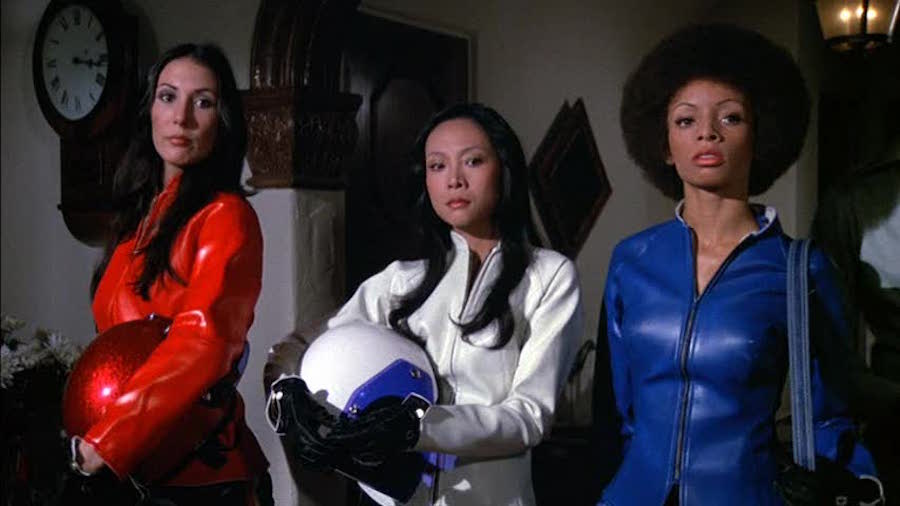 Enter Jagger's business associates: the Red White & Blue ladies aka The Countess, The Princess & The Emporess. They are also given a supercool entrance sequence as they ride their red, white and blue motorcycles (with matching tracksuits) through downtown Detroit. These gorgeous multi-racial gals have special "talents" to get information out of their clients. For some reason, they take off their shirts to do this. When Jagger and Keyes enter the room, they find the rent-a-thug balled up in the corner crying. Theres no real explanation of what they did to the guy, only a reference to "something in the bag" that they like to use, but hes clearly lost his mind. The guys do find out about why they're being attacked at every turn. House escaped from a secret laboratory that contained black test subjects who were being used for experiments. It turns out, a white supremacist named Mr. Feather (Jay Robinson) has a plan to create a special poison that will wipe out only the black race (the penultimate villainous plot in any film from the the Blaxploitation genre). His goal: to place the poison into the water supplies of Washington D.C., Detroit and Los Angeles. 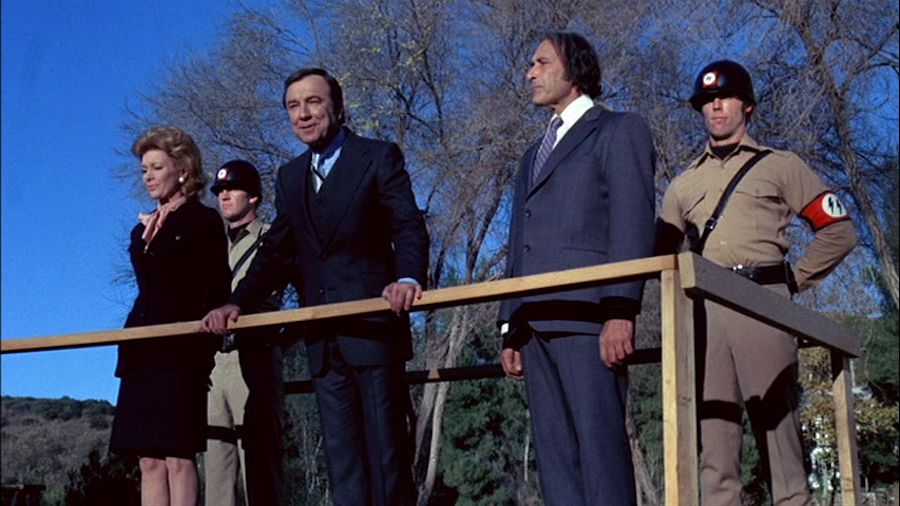 After learning this, the three heroes decide to each take a city (DC, Detroit, LA) and infiltrate Feathers water poisoning scheme. While this is going down, theres some really great action sequences. Mister Keyes even gets to kick some ass with his kung fu skills. One thing you'll notice is that Jim Kelly isn't doing his usual wiseass kung fu-comedy schtick here, hes more serious in this film than any of his others (Black Belt Jones, Hot Potato, Black Samurai) and I think it really helps a lot. I'm not sure if Director Gordon Parks Jr had anything to do with this, but it was the right choice if he did. The three decide to pay a visit to Mr. Feather's compound next, and the result is one truly explosive ending which recalls the climax of The Dirty Dozen, which Jim Brown was also in. The great thing is, in Three The Hard Way, he doesn't die! NOTE: Look for Super Fly alum Charles McGregor who played Freddy, as one of Jimmy's friends.

Three The Hard Way is a really well made action packed crime film. It's another classic of the Blaxploitation genre that doesn't dissapoint!