The Wild World of Mondo Movies

A Mondo film (from the Italian word for "world") is an exploitation documentary film, sometimes resembling a pseudo-documentary and usually depicting sensational topics, scenes, or situations. Common traits of mondo films include an emphasis on taboo subjects (such as death and sex), portrayals of foreign cultures (which have drawn accusations of ethnocentrism or racism), and staged sequences presented as genuine documentary footage. Over time, the films placed increasing emphasis on footage of the dead and dying (both real and fake). The term shockumentary is also used to describe the genre.[1] 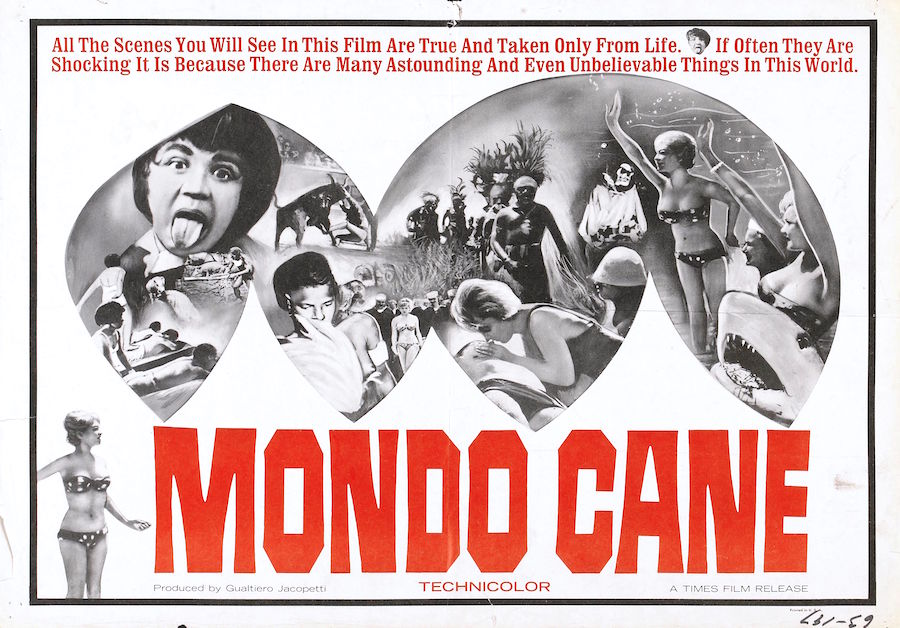 What we call "Mondo Cinema" was born in 1962, when the Italian documentary Mondo Cane (by Paolo Cavara, Gualtiero Jacopetti & Franco Prosperi) was released. Mondo Cane is a mixed bag of unusual and shocking visions and act-outs, at least as unusual and shocking as it could be for the average moviegoer from the 60s. No other mainstream movie featured Mondo Cane's harsh and cynical approach to sex, death, illness or weirdness.

The movie claimed to be as graphic and crude as reality was, despite the depicted reality being re-enacted most of the time - often goofily and excessively - and the movie leaving the audience unaware they were watching something fictitious.

But this was no news to the movie market. Pseudo-documentary or pseudo-scientific films - often mere exploitative efforts - were shown to audiences in sideshows since the beginning of the 20th century. Soon other kinds of educational b-movies came to life, including the infamous "Classroom scare films", inaccurate and creepy "educational" pieces to be shown to school audiences.

During the 50s the "Mondo Sexy" genre spreads: European Nights (1958, Alessandro Blasetti) or World By Night (1959, by Luigi Vanzi) were both written by Mondo Cane mastermind Jacopetti, the first along with Ennio De Concini. Those movies were sleazy sexy-show compilations, lightly disguised as journalistic reports.

Early signs of "Cannibal Cinema" can be found even during the 30s and 40s. Nonetheless, the worldwide success achieved by Mondo Cane baptized this kind of cinema. From then on, critics and audiences will talk about “Mondo Movies”, or “Mondo Cinema”. 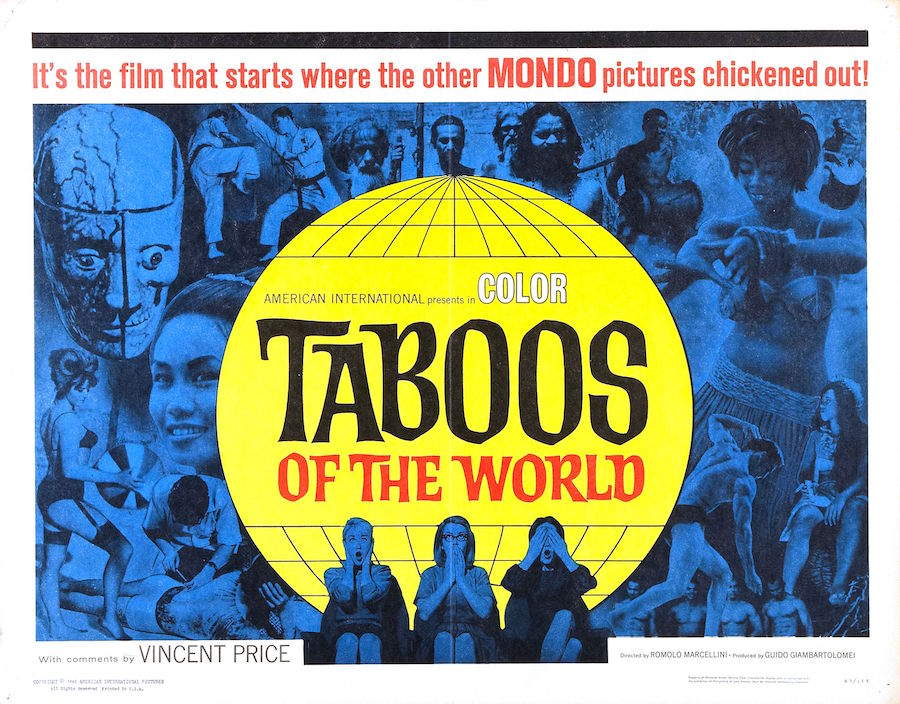 Rather than a film genre, "Mondo Cinema" can be regarded as a "super-genre”, thus allowing us to imply a general attitude rather than a set of well-shaped borders. "Mondo Attitude" regards the full exploitation - applied to documentary films or to meaningfully documentary-swamped fiction - of a basic duality: Cinema as the intense portrait of reality and, in the meantime, as a voyeuristic, morbid tool to scope reality without being commited to it.

Documentary films imitating Mondo Cane in the 1960s often included the term "mondo" in their titles, even if they were in English; examples include Mondo Bizarro, Mondo Daytona, Mondo Mod, Mondo Infame and Mondo Hollywood. Films outside the genre followed suit: Mondo Trasho, Mondo Weirdo: A Trip to Paranoia Paradise, Mondo Keyhole and Mondo Brutale (a German release of Wes Craven's The Last House On The Left) title themselves mondo, although none are mondo documentaries. Later in the decade, this naming convention began to fall out of favor and fewer mondo films identified themselves as such in their titles.

Filmmakers wanted to top each other in shock value to attract audiences. Cruelty to animals, accidents, tribal-initiation rites and surgeries are features of a typical mondo. Much of the action is staged, although the filmmakers may claim their goal is to document "reality". Subjects of mondo films include sex (Mondo Sex and Mondo Sexualis USA); celebrities (Mondo Elvis and Mondo Lugosi); youth culture (Mondo Teeno) and the gay subculture (Mondo Rocco). 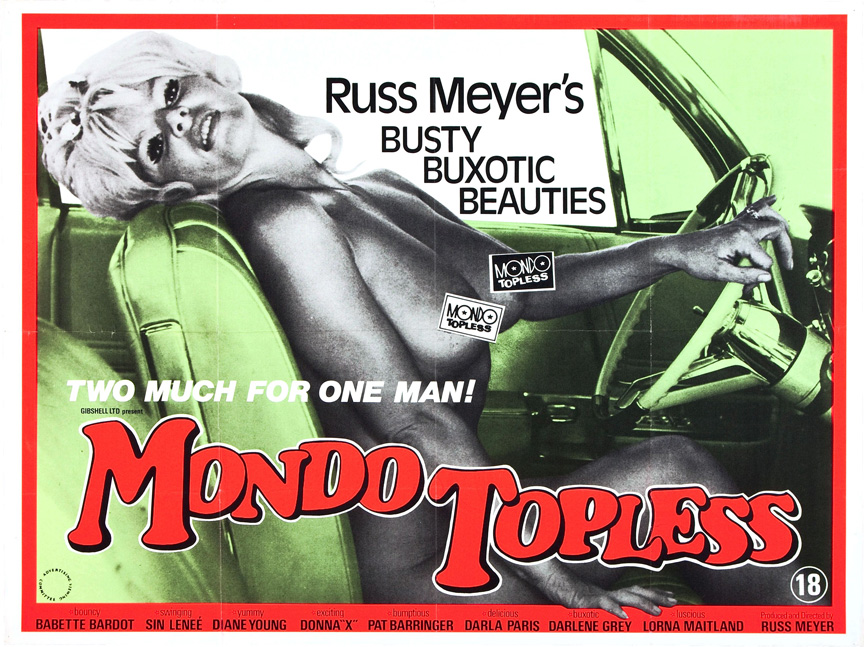 Russ Meyer's film Mondo Topless was one of the few "documentaries" restricted to the old midnight movie circuit in the pre-VCR era; it explored strip clubs in 1960s San Francisco at a time when strip clubs were a novelty in the United States, restricted to centers of port-city decadence (such as San Francisco). Other examples of this genre include Mondo New York by Harvey Keith, Mondo di Notte by Gianni Proia and Mondo Balordo by Roberto Bianchi Montero.[2]

Documentary becomes "Shockumentary", the pivotal genre in "Mondo Cinema". When a movie is designed to shock, offend, marvel, disgust or somewhat tease the audiences, and still can be regarded as a documentary-shaped piece, then a shockumentary is born. From Mondo Cane to Faces of Death series (the latter beginning in 1979, by Conan Le Cilaire), the filmmakers exploit the morbid sides of reality, providing them as entertainment for a voyeuristic audience. "Shockumentary" can include, as a genre, accidental death/disaster films (home movies, live coverage of events), out-of-context professional forensic films and the said sexy-shows compilations. 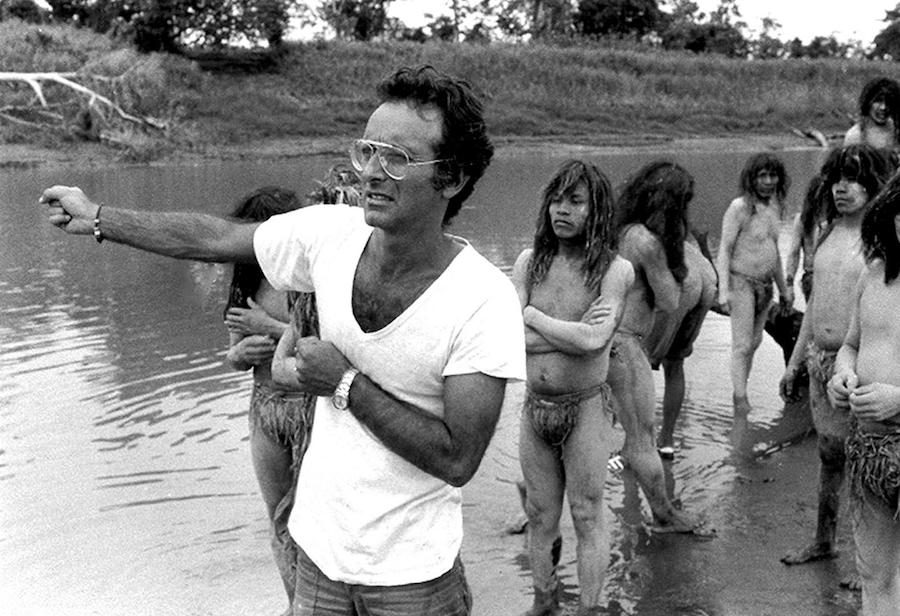 From the beginning of the 70s, "Mondo Cinema" leaked into feature films, via "Cannibal Cinema". "Shockumentary" is supposed to exploit death: from animal slaughter to human torture & mayhem. Everything - allegedly - real. "Cannibal Cinema" puts that "allegedly real" into anthropofagy fiction. Most of the times, we are aware we are not watching a documentary, but sometimes we're ambiguously tricked into believing that a particular act of violence is some kind of document, fresh or archive film. From that point of view, "Cannibal Cinema" bordered on "Snuff Cinema" more closely than "Shockumentary" itself. The state-of-the-art in the "Cannibal" genre is undoubtedly the breathtaking Cannibal Holocaust (1979, by Ruggero Deodato), intense Mondo Movie as well as an inspired thought about the super-genre.

Also, moving off from the "Cannibal tradition", another sub-genre rises: "Violent Adventure", quite far from the full Cannibal rampage but with little, occasional Mondo-sparks as well.

In the mid 70s a new myth spread: "Snuff Cinema". From now on the most frequently asked question is "Is there such a thing as a snuff film?" 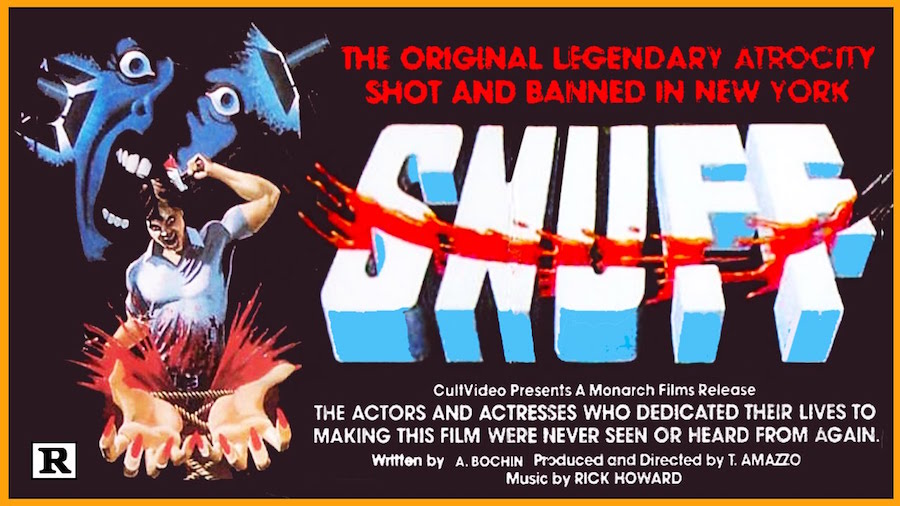 This legend made its popular debut in 1976, when Snuff, by Michael Findlay and Carter Stevens, was released in the USA. Snuff is a fictional story that includes raw footage of what was sold to audiences as a real murder on camera, a grim document from the underground Snuff industry. The footage was fake, once again a cynical gimmick to draw the attention of the media and the public.

In the 80s, home video and TV proved how easy the filmed coverage of everything had become, from your kid's first steps to huge natural disasters. Abraham Zapruder's 8mm film depicting the JFK killing was something unique. Now we can watch on TV or download from the Internet live shuttle explosions, war violence, suicides, shootings and more, anytime. Reality shows, docu-fiction, handycam exploitation: the "Mondo Attitude" is now a standard in mainstream media.

But classic "Mondo Cinema" is not dead. The Blair Witch Project (1999, by Daniel Myrick and Eduardo Sánchez) is a paradoxically unique exploit: the tale of a bunch of filmmakers that disappear in the woods looking for a witch, leaving behind hours of videotape documenting their spooky journey. Regarded by many as an uncredited Cannibal Holocaust remake, BWP was violently and successfully hyped as a real document, being in fact pure fiction. 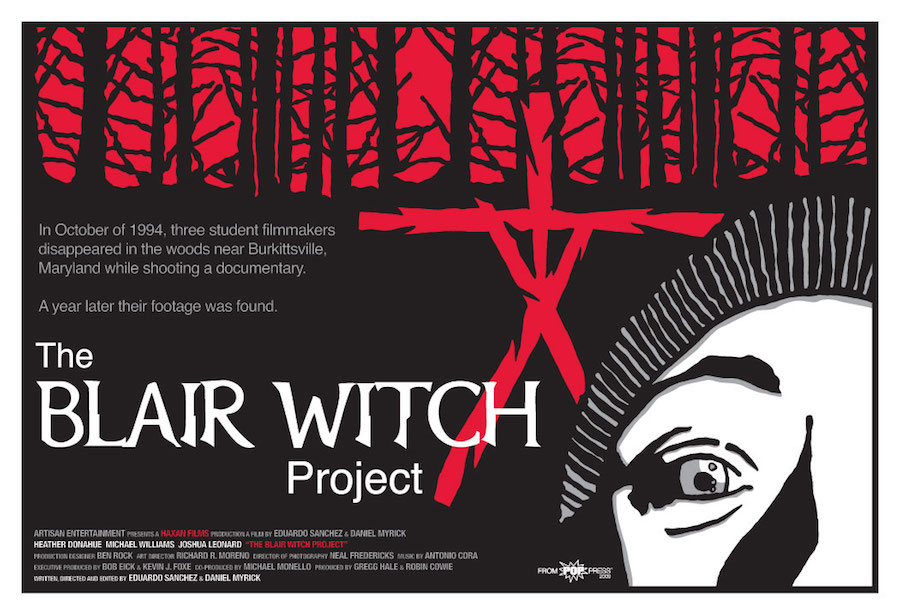 Furthermore, apparently plain feature films such as The Postman (1994, by Michael Radford), are subtle "Mondo Attitude" attempts. Audiences were surely more than ever moved by the story on the screen, knowing that Italian actor Massimo Troisi - playing the main character in the movie - was suffering of a terminal illness while filming. Just like his character, the actor was going to die shortly after (actually a couple of months before the movie was released in Italy).

Finally, "Mondo Cinema" is, since a long time, the subject of many non-exploitation feature films such as - just to mention recent titles - 8mm (1999, by Joel Schumacher) or The Brave (1997, by Johnny Depp). Those movies stage the Snuff myth according to a stereotypical tradition of morbidity and decadence.