The Trail of Dracula: From Folklore To Screen

The Trail of Dracula: From Folklore To Screen is a 2017 Documentary directed by David Mitchell. 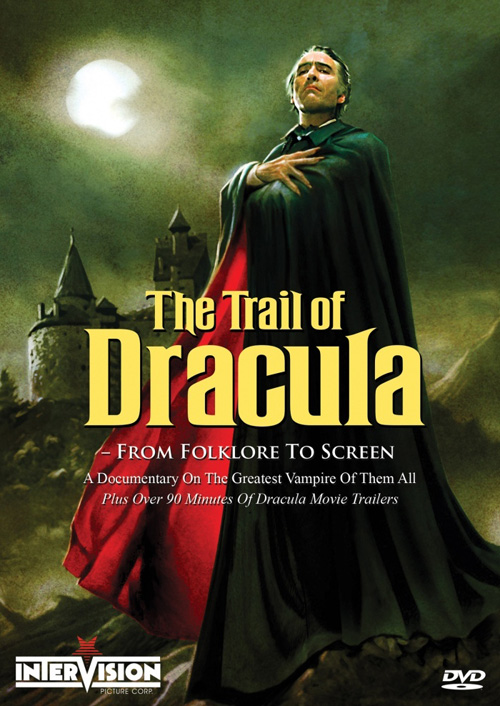 The film explores the untold story of Dracula through history and classic movie adaptations. It's written and directed by David Mitchell (writer of Open Water 2: Adrift) and features archival clips of Bela Lugosi, Christopher Lee, John Carradine, and more.

Diabolical. Seductive. Immortal. Vampires have been an icon of evil in folklore and popular culture for more than three centuries, yet only one name still personifies the ultimate aristocrat of bloodlust. Count Dracula has been a looming figure in countless books, films and television series, but his twisted path from literary protagonist to pop culture mainstay is still largely unknown to many.

Join the world’s foremost experts on Dracula – including academics, authors and horror historians – as they explore the untold story of the Transylvanian Count, from the legend of Vlad The Impaler and Bram Stoker’s celebrated novel through its landmark stage productions and classic movie adaptations.