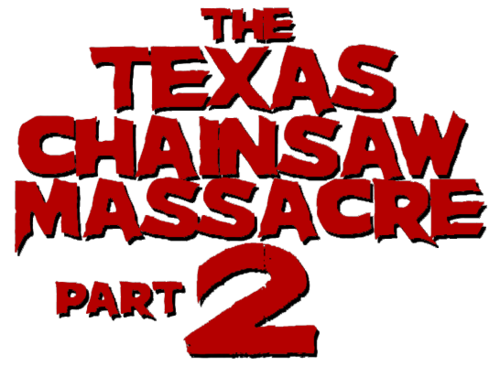 Before Evil Dead 2 started the splatstick horror-comedy genre, one year earlier in 1986, Tobe Hooper's Texas Chainsaw Massacre 2 accomplished pretty much the same goal because it wasn't as terrifying as the first one, but, instead a surreal horror-comedy flick which gained another cult following.

You can tell that TCM 2 is a comedy flick because the first thing you see in the movie is a spoof of the text-crawl credits explaining that the events in the first film "officially never happened". The next scene has two crazy high school seniors that drive around town and annoy the local radio DJ nicknamed "Stretch" (Caroline Williams), and then get killed by Leatherface (Bill Johnson). In the kill scene, it's more cartoonish violence than in the first one and reminded me of Tom Savini's special brand of special effects, and in fact this one was also done by him! Anyway, the story is about Stretch and a Texas sheriff named "Lefty" Enright (Dennis Hopper) who wants to find and destroy Leatherface and his family. One night at the radio station, Stretch is scared by Chop Top (Bill Mosely), a psychopathic fanboy (the Vietnam vet twin of the Hitchhiker who died in the first film), and Leatherface who tries to hump her with his chainsaw (I'm not kidding!). The chase goes on and on and on until the final battle between Lefty and Leatherface. 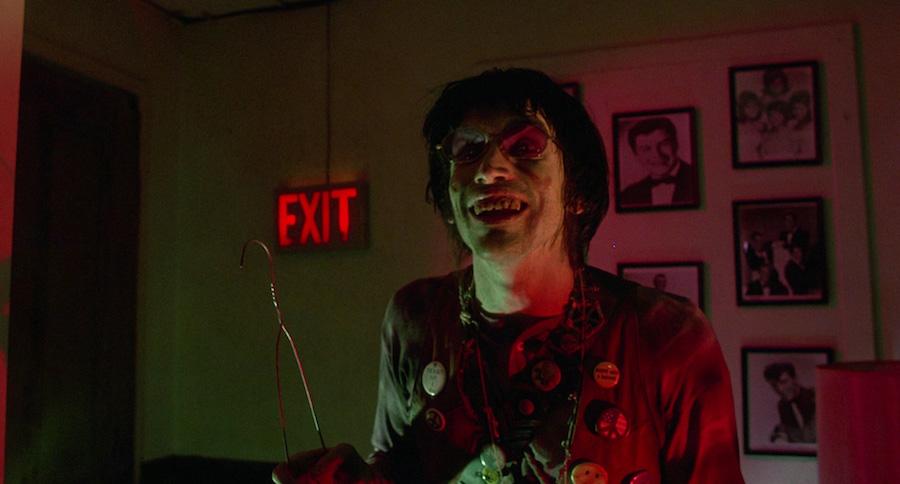 This film is one of the weirdest of the series. Just look at the characterizations, it has Leatherface who always put his chainsaw in the air and dances around before he starts chasing someone. Chop Top, a psycho who delivers the comedic moments, and of course Drayton Sawyer (Jim Siedow) from the first film is also here. Now let's take a look at our heroes. We have Stretch who works as a DJ and screams a lot in the movie (we'll talk about this later) and Lefty, who uses chainsaws as a weapon to fight with Leatherface...epic! The scenery of the film is kinda trippy, especially the abandoned fun park which is the new Sawyer family residence.

How about the acting in this film? Well, I think it's kinda campy, especially Stretch who always screams and throws her hands up at the same time (just like in the classic B-horror movies), while Chop Top is the most memorable because of Bill Moseley's over the top performance. The music score in this is worse than the first TCM because it sounds like it was made on a Casio keyboard (a popular style in many B-films of the 80s). The humor is not quite as funny as in the Evil Dead franchise, but it still makes you chuckle anyway.

Overall, this is a very entertaining, campy horror-surreal-comedy flick that you can watch with your friends during the holidays or on the weekends. It's not really as good as the first one, but for a film that was made by Cannon, it's pretty cool.