After The Cheerleaders had a become a sizable hit, there appeared to be a mad dash for filmmakers to cash in on the sexploitive "Cheerleader" genre. One of the first cinematic troopers who took the task of getting the next cheerleader flick made would be Jack Hill. Though Jack (also serving as co-writer) would drastically tone down the exploitable elements that had been generated in its X-rated predecessor, he would instead take great care and effort and establishing characters and multiple storylines. Rather than a high school, the action in this installment takes place at Mesa State College. 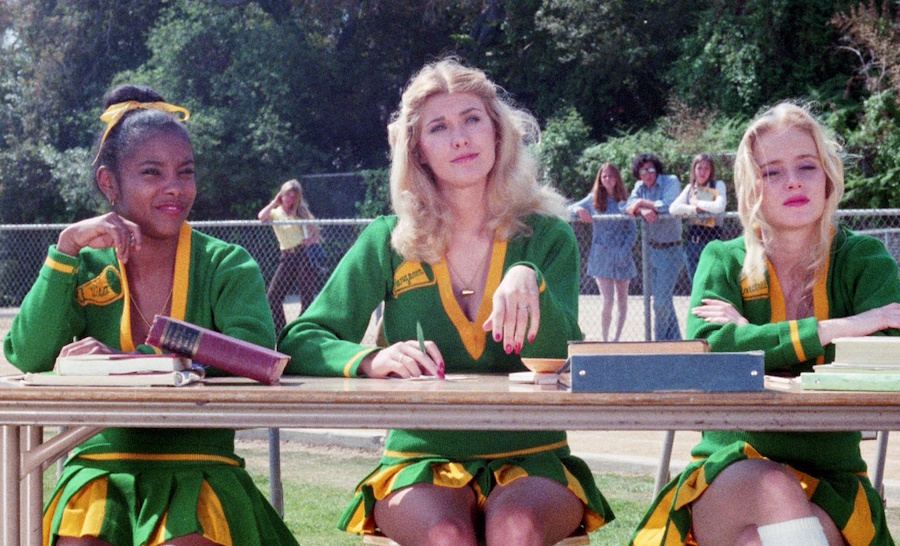 The closest to a central character that appears in this movie is Kate (Jo Johnston), a young journalist-in-training who disguises herself as a cheerleader in hopes to expose sexual discrimination for her term paper entitled, "The Swinging Cheerleaders: An examination of female exploitation in contemporary society". The star quarterback of Mesa State, Buck Larson (Ron Hajek) currently had his eyes set on the cheerleading captain, Mary Ann (Colleen Camp) but now that Kate has entered the picture, expect Buck to have different plans. Buck's best friend, the slightly incompetent, Ross (Ric Carrott) is also looking to score with a member of the cheerleader squad, Andrea (Cheryl "Rainbeaux" Smith), the virginal member of the cheerleaders. The last cheerleader that we get to hang around with is Lisa (Rosanne Katon), who isn't in love with a football player, but instead has the hots for college teacher, Professor Frank Thorpe (Jason Sommers)! Thorpe is still in the process of finalizing his current divorce, but the affair is being kept under wraps---But not for too long, unfortunately. Lastly, we have campus radical, Ron (Ian Sander) the current boyfriend of Kate who faces jealously and betrayal after Kate (serving as both lover and co-worker) ends up choosing Buck over him. But look out Ron's dastardly plans as he gets revenge on Kate and the cheerleaders. And finally there's another scandal for Kate to further uncover. This time it deals with football-game rigging and betting. At first, Kate treats it as a new assignment by creating a new term paper entitled "The Mesa State Watergate", but once the corrupted members of the coaching staff and the police make the mistake of kidnapping Buck in attempt to throw a football game, our beloved cheerleaders and a group of football players team up to save the day! 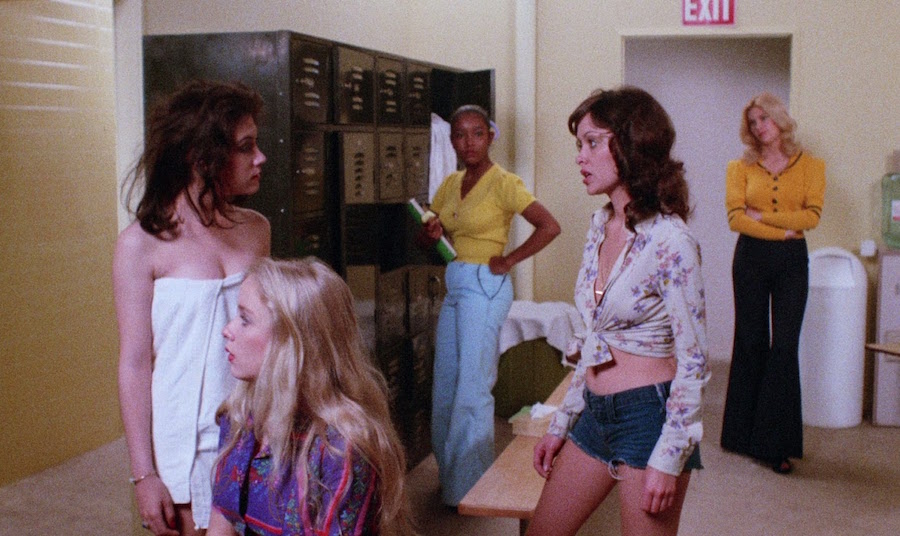 There could be certain exploitation die-hards out there who object to The Swinging Cheerleaders for not being as explicit or raunchy as other Cheerleader movies to be found from that era and beyond, but this wasn't Jack Hill's intentions. His plans were to make the film as if it were Disney-made...Albeit, R-rated Disney fare! And don't go into this one thinking that it's completely harmless. There's a bit of what we now consider politically incorrect material that still remains in the film. Such as an offscreen gang-rape, or to be a little more less poignant, an offscreen gang-bang. And then there's the teacher/student love affair. This type of material still remains as a hot topic, but one thing to take notice of is the scene in which the professor's vengeful wife (played by Mae Mercer) confronts Lisa (with a switchblade!) about the situation. It's a scene that drastically changes the tone of the film, but never does it fully take me out of the movie. 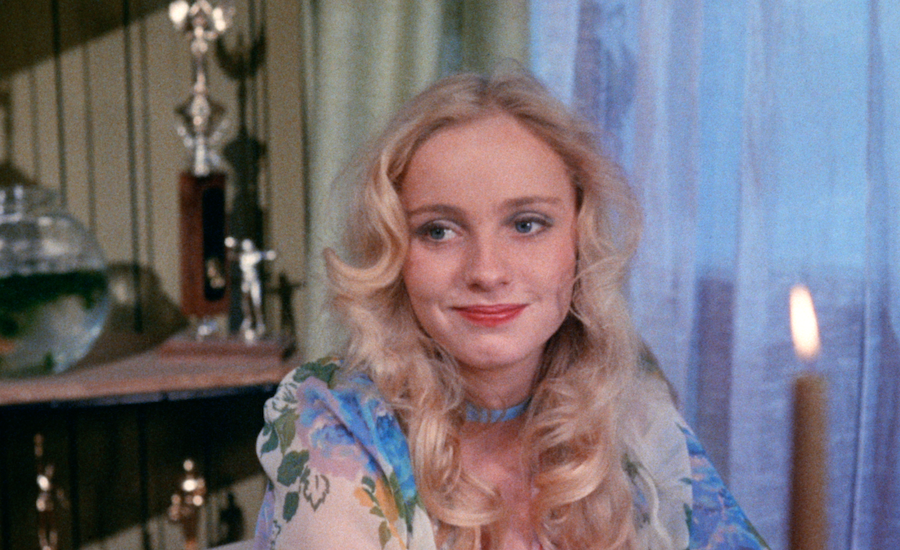 You want more zany switches? Try the climactic big brawl between the baddies and the good guys (filled with madcap humor) set to ragtime music. I honestly feel that Jack Hill could have been the only filmmaker of this era and genre who could pull off these ideas without creating groans and odd disapproval from the viewers. One of the few letdowns I have with the movie is that the lovely Colleen Camp is the only character who suffers in not having much to do compared to her fellow cheerleaders. But there's definitely enough of Johnston, Katon and Smith to keep you satisfied (although it should be noted that since Rainbeaux Smith was actually pregnant during shooting, It still isn't clear if she was to be featured in more scenes due to her physical stages of pregnancy). All of the plot-heavy details and multiple storylines may sound awfully convoluted to digest for one movie, but it seems as is if Jack Hill is one of the only directors out there who could make this all flow together very nicely. And in my view, he achieved it well. I fully acknowledge The Swinging Cheerleaders as another classic from the great Jack Hill.