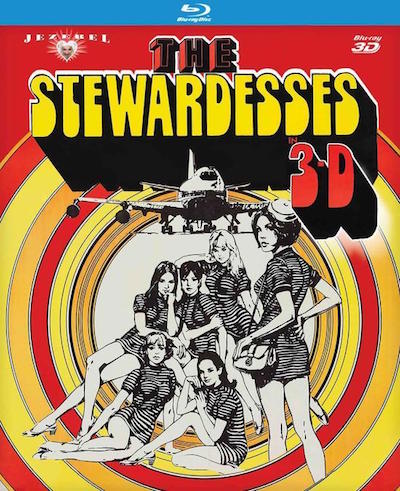 Synopsis: Its 1969 and the skies have never been friendlier. Experience a day in the life of a group of swinging stewardesses where anything goes. After The Stewardesses film opened in San Francisco in the summer of 1969, it ignited screens across the country, building a buzz that the Hollywood majors would die for. During the film's run into the early 1970s, new scenes would be filmed and added to bring more story and action to the feature. This 2-dvd set presents the full, uncut film in the original 3D color and black-and-white restored editions as well as a color 2D version. So put your tray table down, make sure your seat is in the reclined, relaxed position and enjoy the trip.