The Shame of Patty Smith/Review

< The Shame of Patty Smith

Patty Smith (Lynn), a small town woman trying to find her way in LA, seems to have it all going well for her - Happy, living with a roommate, Mary (Anders), and with a boyfriend named Allan (Crane). Unfortunately, in short time, she winds up in a uncomfortable situation during one of her nights out as Allan in his Rolls Royce gets involved in a small accident with three wisecracking troublemakers named Top, Sidy, and Reep, who all walk around as if the JD craze never ended. After moving away from the mess, the couple wind up in a quiet area only to later meet the trio one more who "Show her" about "what types they are" in the worst way possible as she is raped which leads to getting pregnant and trying to find an abortionist as almost all of her acquaintances shy away from her with the only help coming from her best friend. 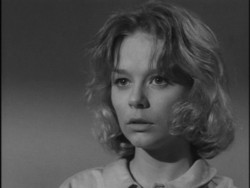 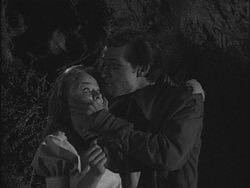 Patty's search leads to an argument with a priest (McMahon) and even finding a doctor that can do it at a very high price. This quickly finds Patty going down the spiral to the back street abortion ring, arranged by Colbert, brilliantly played by the one and only Bruno VeSota, which thanks to a very long and secretive ride, puts her in a "Massage Parlor" that also houses the illegal and always moving "Doctor." Right down to the sad end, Patty's only comfort is her best friend, who after Patty's death assists the police in capturing the Abortion ring, which has a very steady business within the "Health" club. 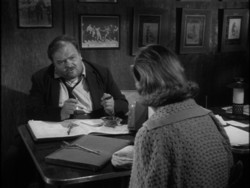 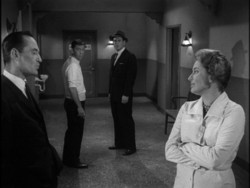 While it may seem that this film is between a Roadshow and Roughie, everything about this film is dramatic and dark, and all of the performances are excellent, especially by Lynn, Anders, and VeSota, although mention should also be mentioned of Joe Conley as the Driver who tries to claim the Doctor as "The best in the business.", and Mary Patton as the Doctor's "assistant" wife who looks more at home as the Warden in a WIP film while the three JDs are great, relaying lines with an effective menace. What's very surprising is that a number of the actors were regular faces on television offering great performances in something that was a bit strong for the screens in the Early 60's which took the side for legalized abortion years before Roe vs. Wade that in the Exploitation world would have fitted perfectly for any roadshow that focused on pregnancy and now stands well today as a solid Drama.