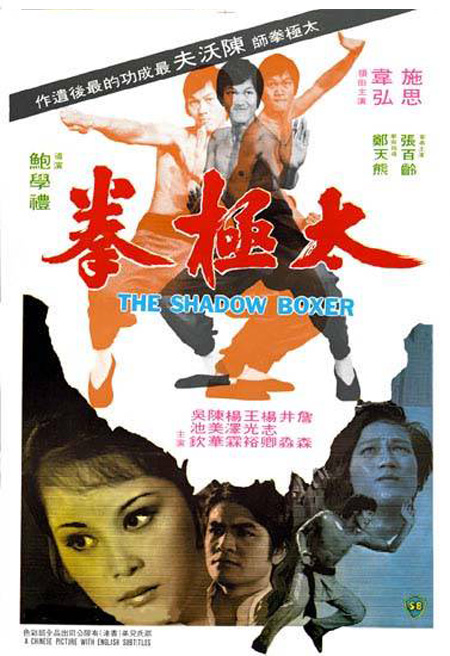 Skilled shadow boxer Ku Ting hides his skills by working as a construction worker, but his corrupt boss and his conceited son are tied to brutal gangsters. When the thugs assault his girlfriend, Ku Ting has no choice but to use his teachings to show his enemies what it takes to keep justice in line. An extraordinary display of martial arts mastery, The Shadow Boxer is legendary worldwide as the most famous and final starring role for real-life shadow boxing champion Chen Wo-fu, who died before its release at the age of 24 and whose role here has drawn comparisons to James Dean.