1982 offered up Morgan Fairchild (nee Patsy Ann McClenny) in a big screen thriller designed to take her from TV stardom (“Flamingo Road”) to movie stardom. That didn’t exactly happen but Fairchild, the beautiful model-turned-actress (Faye Dunaway’s double during the filming of the classic Bonnie & Clyde) more than holds her own in this titillating “woman in distress” picture. 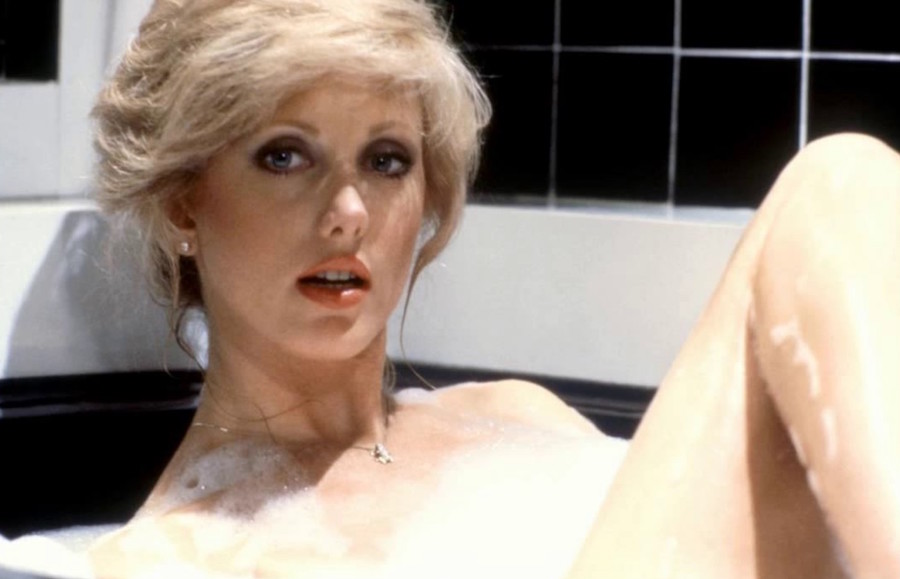 Although a suspense story and, as it turns out a bloody one, The Seduction chronicles the thoroughly modern and genuinely unsettling tale of the different stages of stalking. What are the options available—in this case to a harassed woman (visits to her job, incessant phone calls, unwanted cards and gifts) when no specific threat has been made? Her boyfriend thinks she’s overreacting. So does her best girlfriend and the local police detective—at least at first.

Featuring a haunting score by film veteran Lalo Schifrin, (aptly) voyeuristic cinematography by Mac Ahlberg, and a collection of audience-pleasing scenes including a live “on air” emotional breakdown, a visually compelling silent hide-and-seek in a department store (very Hitchcock), and a surprise gory murder, The Seduction, even with its many genre clichés (is she really going to walk down that dark street alone?!) more than lives up to its title. (Available for view in a single link on You Tube.)