A rarity in the Giallo genre in that it relies heavily on aspects from Neo-Noir and Police Procedurals, La Ragazza del Pigiama Giallo aka The Pyjama Girl Case is a mish-mash that fans tend to not like or completely hate. That it doesn’t involve multiple murders and focuses more on story and characters isn’t a bad thing at all and gives the film its own unique voice. Since Gialli only follow a very basic outline, there’s no real way of declaring which films truly follow a kind of pattern set for the genre. The back and forth with telling how the woman came to be killed and the police looking into the case can be a bit confusing as it doesn’t shift like in Citizen Kane or the 1946 version of The Killers via witness testimony of the deceased, but more or less switches spontaneously. This decision by director and co-writer Flavio Mogherini actually helps the film in that audiences gets to see the crime from the perspective of both the victim and the police, learning from the victim how her relationships with the men in her life caused her problems and learning from the police how difficult solving a crime can be with little evidence and a difference of procedure between the older and younger generations. The event that leads to fatal decisions packs a hard punch and leaves both characters and the viewers reeling, as to how the events could’ve been avoided. 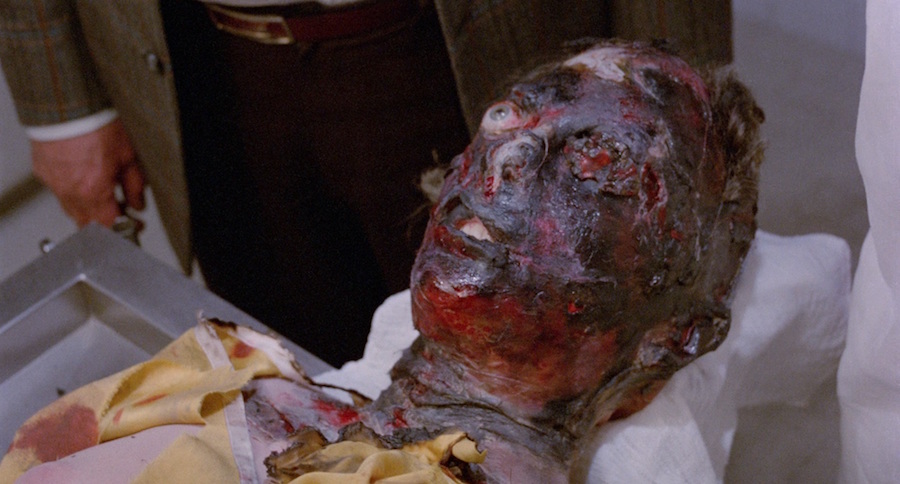 The script was based off of a real-life homicide case that spanned between 1934 and 1944. A woman was found beaten and shot on a road in Albury New South Wales Australia, dubbed the Pyjama Girl as she was found wearing yellow silk pajamas. Several missing persons, including Florence Linda Agostini, whom the female lead is based on, were reported missing around the time the body was discovered, leading to a swarm of attempts to identify her. When Agostini’s husband questionably admitted to having accidentally shot her and, in a panic, desecrated her corpse to avoid being accused of intentional murder, it was believed both cases were considered solved. When evidence years later revealed the identity of the Pyjama Girl was not that of Agostini, but someone else, any evidence and suspects were long gone or deceased. Florence Linda Agostini’s body was never found and is still presumed to have vanished without a trace. The identity of the Pyjama Girl has never been discovered, and the Australian Police still consider her case open, but Cold. 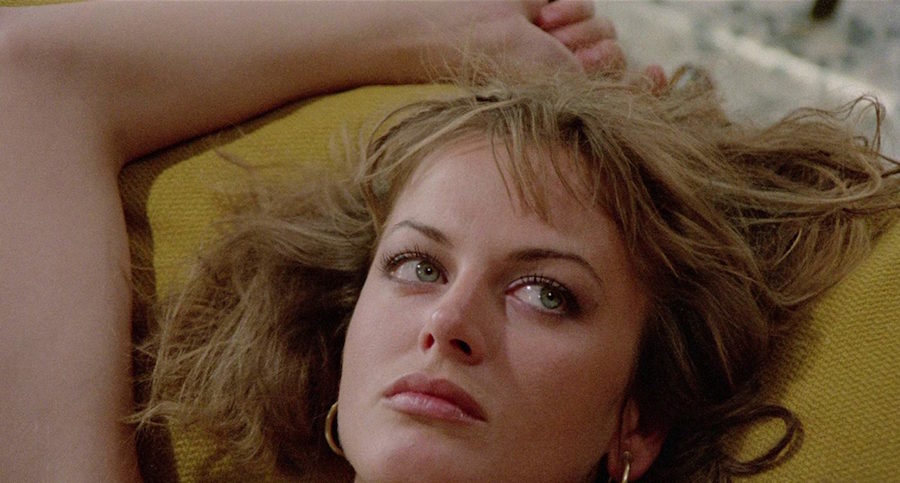 A very interesting piece of filmmaking comes in the use of the land of Australia. While meant to be set entirely in The Down Under, director Flavio Mogherini used his skill in set decoration and scene construction to make the streets of Madrid look like the streets of Sydney and Albury. Unless a viewer is completely aware of the differences between Spain and Australia, most wouldn’t know many of the exteriors were indeed shot in Spain. Some exteriors were in fact shot in Australia, but primarily after principle photography wrapped in Spain and the studios in Rome. 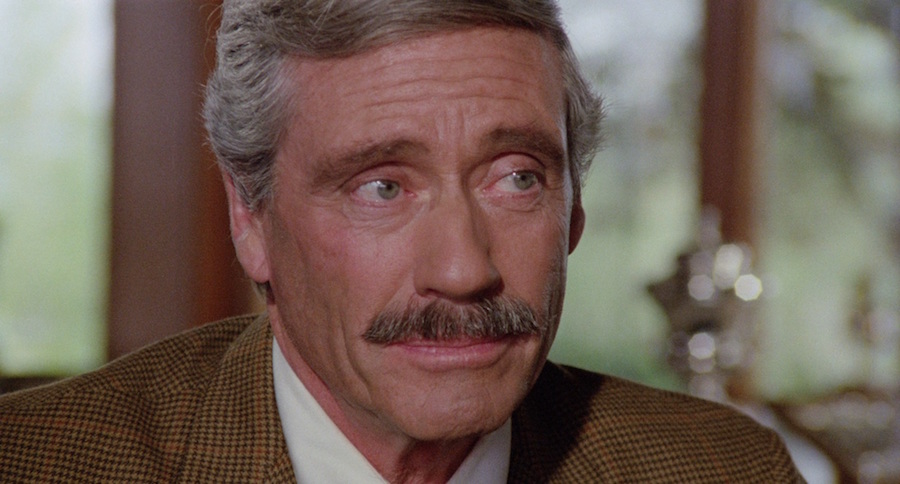 Ray Milland (X: The Man With X-Ray Eyes), a high-level talent in the waning period of his prolific acting career, does an excellent job as Inspector Timpson (the English language version cites him as Thompson). Since the character in some way paralleled Milland’s real life, he plays him as a student of the old school who feels the new intellectual methods the police department are using won’t catch the killer, that old fashioned know-how and sleuthing will solve the case. He believes the case to be a crime of passion, not the antics of a pervert, insisting the findings pf intercourse in the woman’s autopsy have no bearing on the case. Performing his own side investigation, Timpson makes more waves and finds than his more up-to-date colleagues, and is certain he’s on the right track. Milland’s skill as an actor has the audience rooting for Timpson’s tenacity and spirit, even when his colleagues see him as an old relic. Unfortunately, Timpson is killed when he goes for s showdown with the individual he believes responsible for the crime. Milland also shows audiences the mark of a smart detective, showing Timpson making a recording of his findings and putting it somewhere where the killer or killers can’t find it. 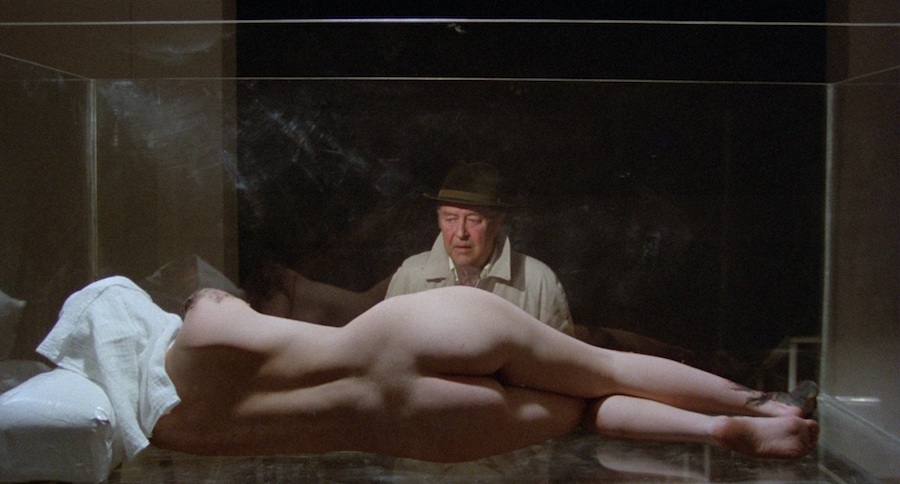 Dalila Di Lazzaro, an Italian actress of the 70’s and 80’s gives an understated, and powerful, performance and Glenda Blythe. While is revealed of her past, Glenda is depicted as a free spirit who’s done what she wants her whole life. She is shown as having a bevy of lovers, including a respected doctor, and even proved enticing for a latent lesbian woman. Her flirtations become dangerous when she has affairs with two immigrants, Roy Conner, Dutch like herself, and the Italian Antonio Attolini, who later marries her. While all three men seem to not care she’s sleeping around, they clearly have all developed deep relationships with her. Her marriage to Antonio is more because she realizes Dr. Douglas, who’s a pillar of the local community, won’t risk his position in marrying not only someone beneath his class, but who’s also a working visa foreigner. When she becomes pregnant with Antonio’s baby, she feels it’s a chance to start right. Life takes a drastic and sad turn when the baby dies from health complications, leading to Glenda spiraling into depression. When her attempt at following what really makes her happy fails, things go from bad to worse and leads to tragedy for all involved. 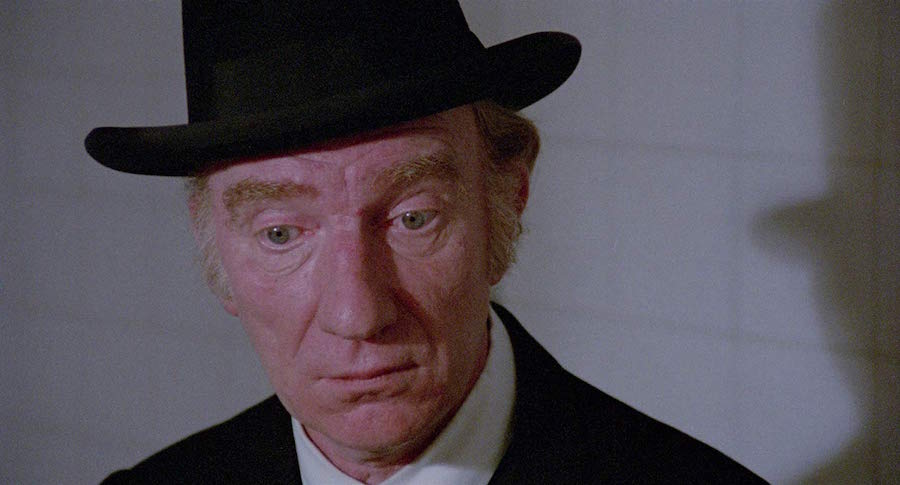 Michele Placido and Renato Rossini (billed under his Anglo-pseudonym stage name Howard Ross), two well known Italian character actors, give solid performances as Antonio Attolini and Roy Conner respectively. What gives their performances extra substance is the relatable feelings of people going to make lives in new lands. Two outsiders who feel they must always battle the oppressive natives to make ends meet, Antonio and Roy seem to be happy just to get by and have formed a friendship based upon this hardship. Their dual relationship with Glenda is what eventually causes them to risk everything to preserve their masculinity. Feeling she is the source to thrive in a community that gives them menial labor jobs because they came from different lands, Antonio and Roy end up becoming very envious when they feel Glenda will betray them for the comforts of a citizenship guaranteed marriage. Both are very patriarchal in personality, and certainly don’t like a woman to be independent and freethinking, especially if she plays them as suckers, which eventually leads to horrible and tragic consequences for everyone involved. Mel Ferrer plays a supporting role as Dr. Henry Douglas, a high-class Aussie doctor. Little is shown of Ferrer’s character and his backstory, but from his scenes with Glenda, he clearly wants a mistress, but also doesn’t want to risk his reputation among the Albury elite, making him a complete hypocrite. His self-serving, self-preserving attitude helps lead to the tragedies that will follow. 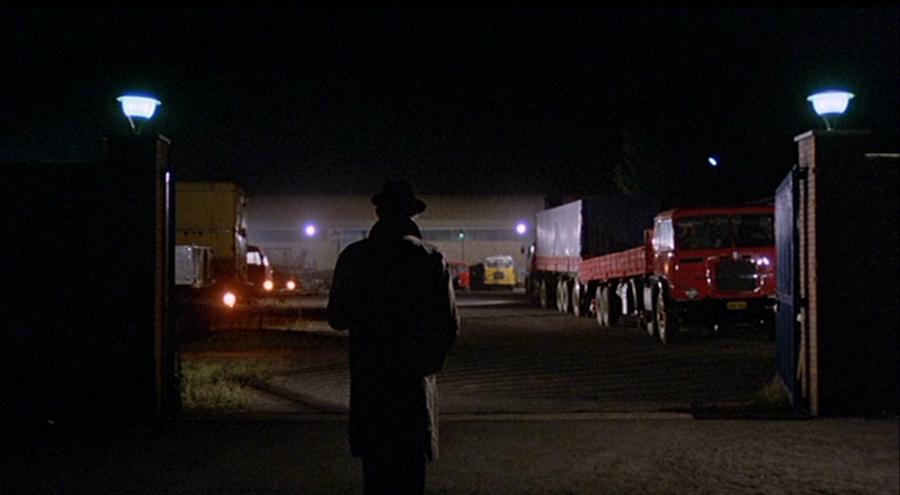 Not a traditional Giallo by any means, The Pyjama Girl Case is still an effective and compelling Mystery Thriller that goes a little deeper than most of its contemporaries and predecessors. The characters are very real and relatable, especially in that they were modeled off the real people involved in the case that inspired the director. Some fans get miffed that very little killing goes on in the film, and are often completely baffled by the film’s going from the investigation to the events that eventually lead to Glenda’s murder, but all this in fact forms a homogenous whole that makes the film absolutely perfect for the story it wanted to tell. Juxtaposing how the police go about solving crimes to the desperation felt by three foreigners trying to survive in a society they feel is bent on keeping them marginalized that eventually lead to incidents that can only end badly is very ingenious and gives a look at both sides of society, pulling no punches in the good and the bad of it. 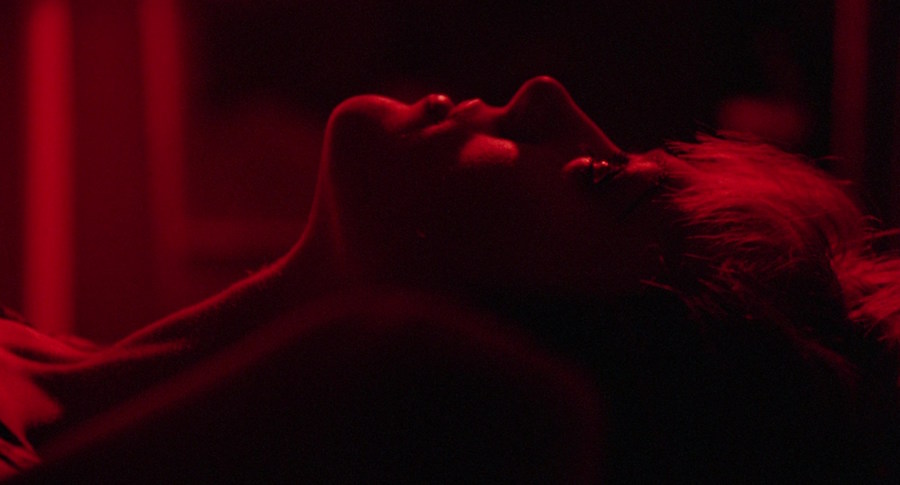 The Pyjama Girl Case is one of those rare powerful films that deserves at least one view by fans of the genre, which I do recommend. First timers should start with something else, but I would say to check it out once you have a decent idea of what Gialli are. While many fans don't really like having this in the pantheon of Gialli, it's still a finely made, well acted, sometimes moving, sometimes sad film that does well to go deeper with the content. Arrow's Blu Ray release offers a fine transfer with excellent audio and visuals, and the usual recommendation is the Italian language version, but fans ca check out an English dub as well.