Possessing a reckless abandon rivaled only by The Burning, The Prowler is the ne plus ultra of stalk-and-slash gore, featuring some of the finest work done by master F/X artist Tom Savini. Those who haven't seen it will be absolutely floored by the realistic and forthright death scenes, while those viewing it for a subsequent time will revel in the perfectly executed genre mechanics.

Opening with stock footage of American soldiers returning home after WWII, The Prowler is one of the rare slasher films that begins with the murders that inspired the legend instead of a spirited recap told around the campfire (see Friday The 13th Pt 2, Madman, The Burning). 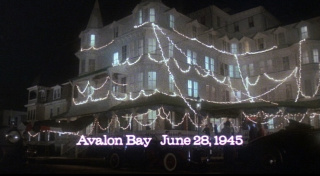 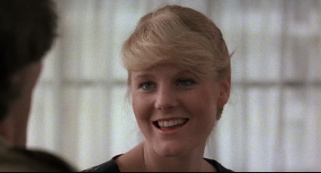 After receiving a "Dear John" letter while fighting overseas, the camouflage clad antagonist returns home to exact revenge on his unfaithful girlfriend. Finding Rosemary (the nom de plume of the letter's author) and her new beau skipping out on their graduation soiree to do some seaside necking, "The Prowler" swiftly dispatches the embracing couple with a brutal pitchfork impaling through both of their torsos. He then stomps his foot onto the base of the fork, further slamming the spiked prongs into the bodies of his love and her lover.

Flash forward to June 28th 1980, where a fun-loving bunch of college coeds prepare for Avalon Bay's first graduation dance in 35 years. It seems that the brutal slayings still have an affect on the community and Rosemary's father, Major Chatham (the woefully underused Lawrence Tierney) is not pleased about plans for the upcoming event. The police chief is even a bit leery (primarily due to a killer from Columbus on the loose), but is putting his second-in-command, Mark, on the job while he prepares for his annual fishing trip. 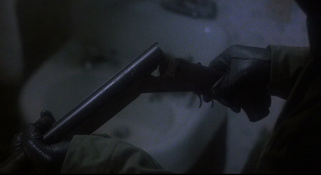 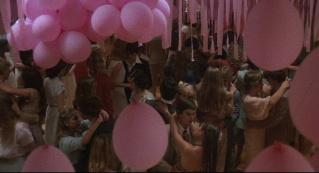 Although Mark would like a bit more responsibility, he doesn't mind keeping an eye on the dance, especially since his girlfriend, Pam (our "final girl"), is a student and will definitely be in attendance. He also doesn't believe that there will be any cause for alarm, yet, as the college kids prepare for their last hurrah, so does "The Prowler," who is lacing up his boots and sharpening his combat knife for another night of terror.

And terrifying it is, with a bevy of over-the-top kill scenes including the opening impaling, a sadistic skull stabbing, a vicious shower pitchfork chest plunging, two throat eviscerations and an exploding head that is even more shocking than Savini's previous work in Manaic. 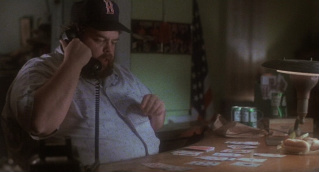 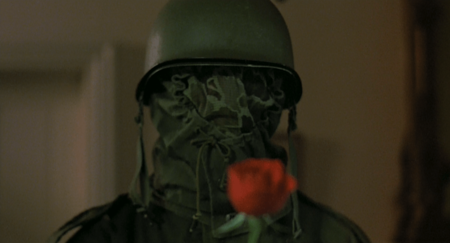 What makes these sequences all the more frightening is the attention to detail. As one unfortunate partygoer is stabbed through the top of the skull, "The Prowler" holds his hand over the boy's mouth as blood pours down his face, his body rattles in a disturbing fashion and his eyes roll deep into his head. We linger with the killing for nearly a minute and it's hard not to feel a bit nauseous after seeing Savini's unsettling work.

Joseph Zito's direction also helps add to the eerie atmosphere, showing "The Prowler" in shadows and darkness, never giving us a close look at the face of this mysterious night stalker. His work is also quite professional and this feature would springboard him into the director's chair for two other stellar exploitation pictures, Friday The 13th Pt 4: The Final Chapter and Invasion U.S.A. 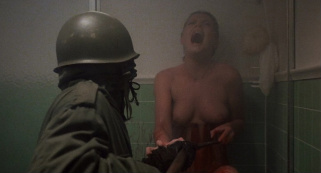 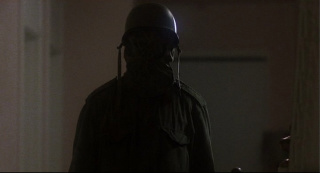 If I was to make one complaint, it is quite disappointing to see so little of Lawrence Tierney. The wonderful actor, best known for his performance in Reservoir Dogs, is shown twice, once in a longshot through a window and, once again, in a darkened woods scene. Even a role like the police chief's would have been more apt than his under one minute of screen time.

Otherwise, this is at the top of the slasher genre, boasting shocking kills, creepy campus settings and a wholly believable lead. Those interested in the genre would be hard-pressed to find a better example released after 1980. Highly Recommended!