Kristy (Jess Walton) is on the run from her evil biker boyfriend, Rebel (Clint Ritchie) who's the leader of the "Death Row" Biker gang. She ends up seeking shelter and protection in a hippie compound led by Alex (Paul Prokop), and believe me, this guy is super hippie! But it isn't long before Rebel and Death Row finds out where she's at. From there they terrorize the hippies, crucify Alex on his large, home-made peace symbol and brutally have their way with Kristy which includes drugging her up, raping her and dragging her with their motorcycles. 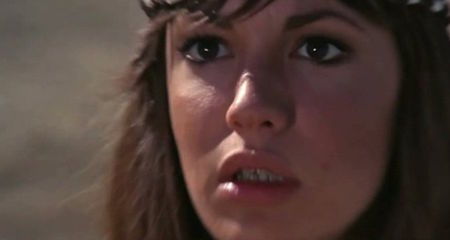 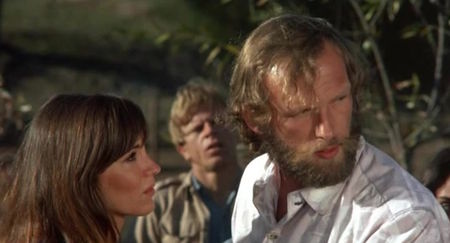 Barely conscious, Kristy escapes and is picked up by a mostly-black biker gang who have a female leader named Black Widow (you gotta see this chick to believe it!). Come to find out, Black Widow and Rebel go way back....and they aren't friendly! So a re-cooperated Kristy once again is back at Alex's hippie farm, but Black Widow warns the hippies that Death Row will come back for Kristy. The hippies ain't taking this shit no more and are gonna team up with Black Widow's gang to turn their peaceful playground into a bloody battlefield! But will Mr. Super-Hippie, Alex, finally muster up some balls and join in on the carnage?

Despite the one-dimensional plot and one very long chase sequence, I can't find too many other faults in this one. The movie just KICKS ASS! You can't help but to just stand up and cheer at the climactic, big brawl in the end. 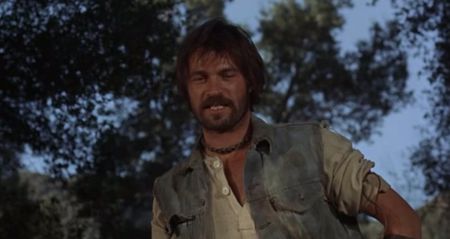 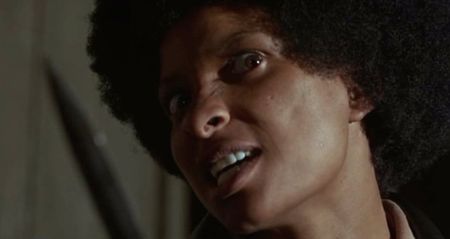 Acting is decent for this kind of material. Probably the big stand-out is Rebel. Ritchie's performance as the evil biker is uneven at times. Scary one second, and over the top in the next, which works out just fine (even the way he frequently yells, "SHUT-UP!" is guaranteed a laugh) and Black Widow (played by Lavelle Roby) is certainly a scene stealer. Sure, she's got a few good lines, but check out those wild facial expressions on her! Some pretty good special FX in this one too including one nice brief but effective machete-splatter in the final fight. And OUCH! Watch out for the pencil torture scene! Yes, I've seen The Evil Dead, but man...this one sure made me wince! 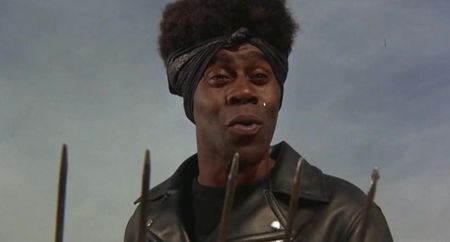 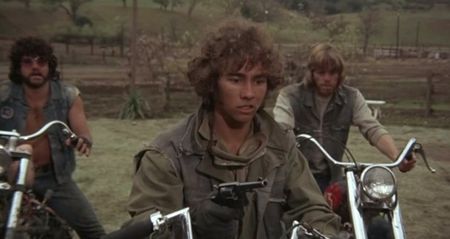 The director, Douglas Schwartz, went on to uhhh...*Ahem* direct some episodes of Baywatch, but man oh man, he sure left one delicious slice of Grindhouse euphoria behind. Here's hoping that justice gets served and that THE PEACE KILLERS soon finds it's way to DVD so that more cult-nuts won't miss this one!