< The Nun of Monza

Review of The Nun of Monza 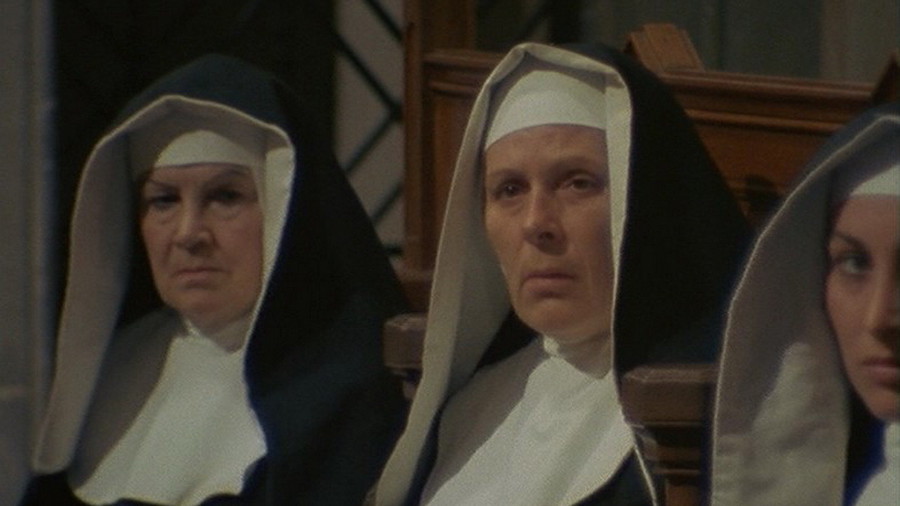 The 1600's... Giampaolo Osio (Antonio Sabato) murders a man and tries to hide in a monastery. After a while the mother superior sister Virginia (Anne Heywood) asks him to leave. With the help of two nuns Osio rapes sister Virginia. First she feels ashamed but after a while the nun enjoys the sex. A love affair starts. She gets pregnant and gives birth to a child. The spanish dudes still looking for Osio and searching from time to time the monastery but without luck. Also Father Paolo Arrigone (Hardy Krüger) got his special thing going on with a nun. Now the pressure gets thicker from the church. And desperates times need desperate measures...

This is an early film in the Nunsploitation genre (which later moved on into more torture, nudity, gore and so on). I especially enjoyed the cinematography done by Luigi Kuveiller. Who also did Deep Red (1975) and A Lizard In A Woman's Skin (1971). The acting overall was good. I really enjoyed the German actor Hardy Krüger. Ennio Morricone also did a solid musical score with some lovely melodies.

I should note that this Nunsploitation film doesn't contain much nudity or torture in it but like I said before this film is one of the earlier Nunsploitation genre films. From time to time I've found the movie a little bit boring storywise but that doesn't matter because it's a good flick.