The Night of the Strangler/Review

< The Night of the Strangler

Poor Micky Dolenz (of the Monkees TV show and pop group). He really doesn’t stand a chance does he? In his first dramatic starring turn his voice, face and demeanor are already so well known that one expects him to break into “Daydream Believer” at the close of every scene. Regardless, in Night of The Strangler (AKA Is The Father Black Enough?), he gives it his all playing against type in a plot peppered with murders (a shotgun ambush, a “suicide,” a snake bite [!]), female nudity, and the perils of miscegenation in America’s deep South.

As liberal flower shop worker Vance, a man with a penchant for drink, Dolenz is as good as he needs to be. Charming, a prankster, quick to mug for the camera, he adds levity to a dark continuing mystery: who exactly is killing off members of a well to do Louisiana family?

Is it Vance’s egocentric and patently racist “N” word-loving brother Dan (James Ralson)? Or Dan’s conflicted but well-meaning fiancée Carol (Ann Barrett). There are other suspicious characters too: Dan’s disgruntled formed gardener, a mobster looking to collect on a debt, and a young white (and pregnant) college student whose black boyfriend was murdered. All have a motive. The two people who don’t are gruff and ready Lt. De Vito (Michael Anthony), the man charged with finding the killer, and Father Jessie (Chuck Patterson) an African American clergy member whom everyone goes to for moral support.

Low budget (boom mikes in frame) and a bit too long, Night of The Strangler still holds its own; if only for its clever you-won’t-guess-the-surprise-ending script. It’s both a pop star’s film debut (disregard the title: no one ever gets strangled!) and an off-the-beaten-path trek with a double whammy ending. Ready for a remake. 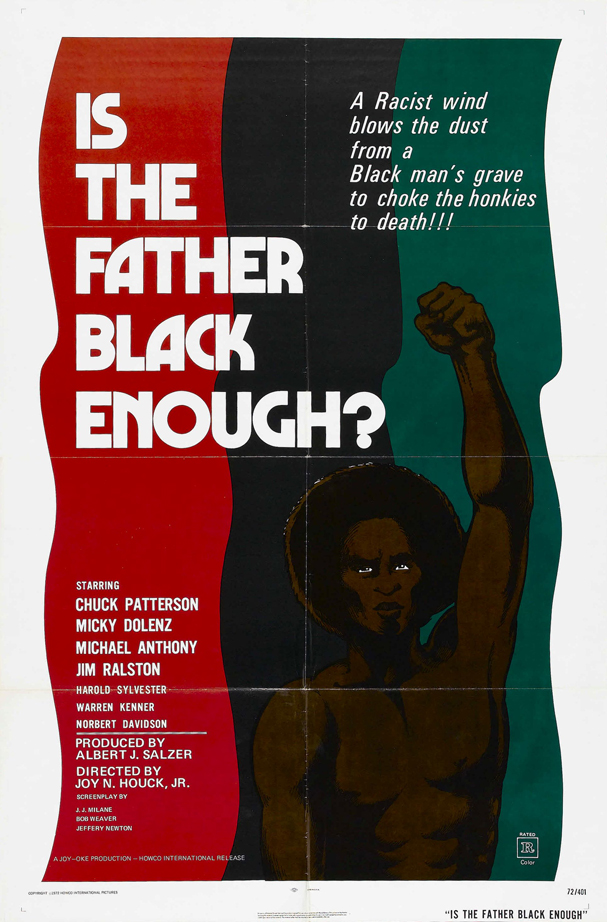 The movie's provocative, racial themed alternate titles ("Is The Father Black Enough?", "The Ace of Spades") and taglines (a sharp contrast to the original's more traditional crime-thriller aesthetic) was a prime example of the studio's exploitation marketing strategy used to grab attention and cause controversy.