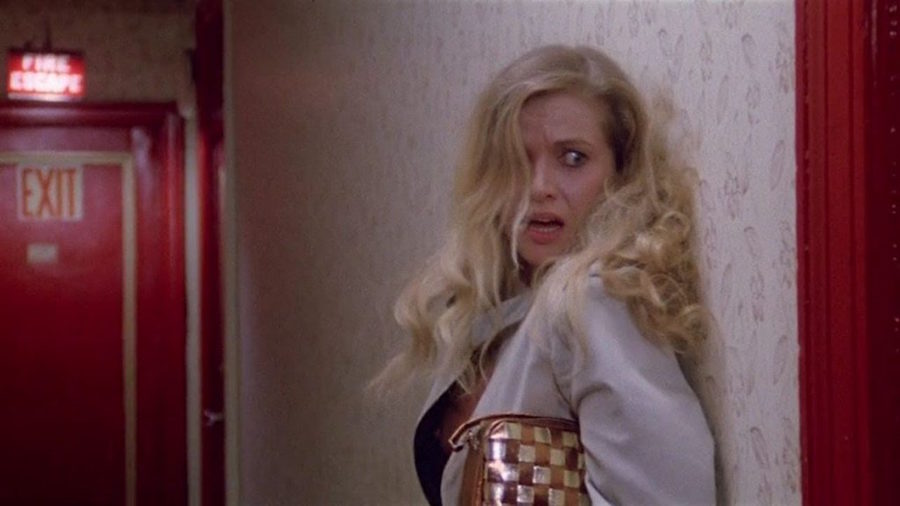 As part of their continuing efforts to reissue and revamp every title that has fallen into the out-of-print dead zone of Anchor Bay's back catalog, the heroes over at Blue Underground unleashed this sick and sadistic epic onto the free world (God Bless Region-free DVDs) in April, and Exploitation buffs are definitely better for it.

This slick print of the aggressively sexual and morally questionable Lucio Fulci giallo looks wonderful and the blue skies of New York City are nicely juxtaposed over the spray-painted wasteland that is pre-Guiliani Times Square. As opposed to VHS copies that were prevalent in the US in the mid-to-late 90s, this is the complete edition of Fulci's film and viewers can now revel in every razor slice, blade pierce and nipple split. Although claims have been made that Anchor Bay's DVD edition was also unedited, most sources list their print as running at 85 minutes, while Blue Underground's runs at a cool 93, making this the last word on Fulci's most polarizing feature.

The sound quality matches this visual brilliance; every duck quack and blade slice echo right off the screen and I can only imagine the sound would only get better with a nice surround sound stereo system. This picture is also optimized for 16:9 TVs, which definitely benefits those with flat-screen HDTVs.

Unfortunately, not all is perfect with this edition and fingers can be pointed right at the lack of extras. A meager offering of a trailer and an unnecessary Fulci bio are not enough for collectors seeking every available detail on this rare feature (at least outside of the US). Personally, I think it would have been prudent to add some critical opinions in an effort to put the film's sexual viewpoints (which many may see as misogynistic) into perspective. A contemporary critic with a grasp on the horror genre (Maitland McDonagh would be ideal) could potentially help explicate Fulci's intent and how his film reflects or stereotypes modern sexual mores.

Yet, a film with such a controversial reputation could do a lot worse than this lovingly crafted DVD package, which often retails for a mere $20. I would say that Fulci buffs and Grindhouse enthusiasts would be wise to snatch up this lascivious little offering.