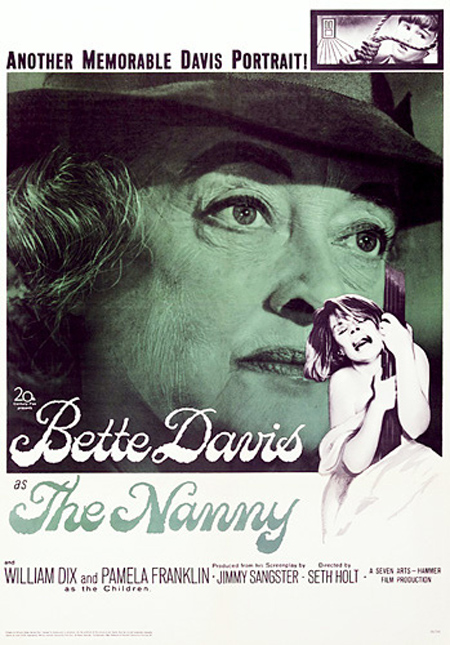 Nanny (Bette Davis), a London family's live-in maid, brings morbid 10-year-old Joey (William Dix) back from the psychiatric ward he's been in for two years, since the death of his younger sister. Joey refuses to eat any food Nanny's prepared or take a bath with her in the room. He also demands to sleep in a room with a lock. Joey's parents -- workaholic Bill (James Villiers) and neurotic Virgie (Wendy Craig) -- are sure Joey is disturbed, but he may have good reason to be terrified of Nanny.