GCDB: To start off I just wanted to know, when was your real introduction to the Blaxploitation genre?

JH: As I was coming of age in the seventies I was struck by the genre’s omnipresence: music, magazine coverage (this is way before the internet!) and poster art. To my young eyes it was a colorful world that I wanted to be a part of.

GCDB: What is your own view on the genre and its importance/relevance in cinema history?

JH: There is, to date, only one African American motion picture boom and that was the Blaxploitation film boom: roughly 1971-1976. The films (there are more than 200 of them) are important as cultural milestones: they document, on film, the changing representation of blacks: the move from the popular image of blacks in service and/or servitude to the “new” image of blacks being proud, self-aware and, as regards Blaxploitation films, presented in highly stylized fantasy scenarios.

GCDB: Did you first see Blacula at the theater, on TV, VHS, DVD? What was your initial reaction?

JH: I first saw Blacula and the follow-up film Scream Blacula Scream at a “return engagement” Double Bill showing in Plainfield, NJ. From the start I was terrified, enamored, thrilled and hooked! I wanted to know everything there was to know about these new modern-minded and “cool” films—especially the “horror” films.

GCDB: For me, William Marshall brings almost a Shakespearean quality to the role of Mamuwalde aka Blacula. It’s definitely one of my all time favorite performances in an exploitation film. What did you think of him in this and the follow up Scream Blacula Scream?

JH: Funny that you use the word “Shakespearean.” It’s a word and a description that comes up in every review of the film—even in The New York Times. Yes, Marshall is in his element. More than that, he inhabits the role so wholly that you can’t imagine anyone else playing it. For Marshall, who came to the project with a long history of theater and TV work, it turned out to be a career-defining screen turn.

GCDB: Are there scenes in each movie that stand out or that surprised you?

JH: Yes. There is a lack of understanding, respect and “inclusion” when it comes to the two prominent interior decorator gay characters. The word “fag” is used not once but three times. It’s not one of the more fun elements in the picture and it’s even sadder when you consider why it’s happening: It’s a case of the newly empowered young African Americans on screen making fun of those who are, at least at this time in history, not as powerful as they are. 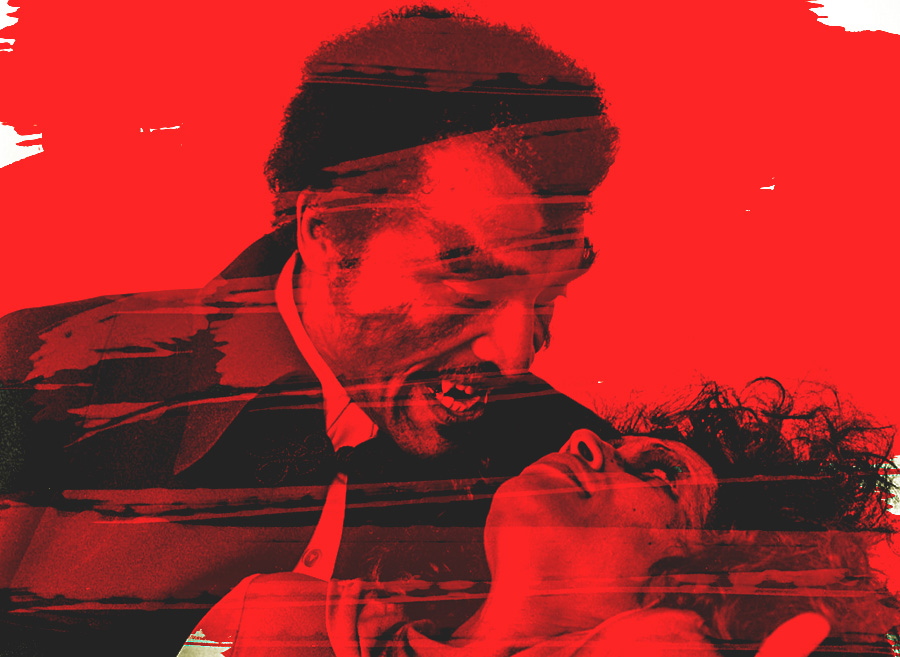 GCDB: Music in this genre is one of the most popular elements. Gene Page's score in Blacula is a real highlight. Then there’s The Hues Corporation who perform a few songs onstage at the club featured in the film. What’s your view of the music? What are some of your favorite themes/composers in the genre?

JH: The music is great. It was one of the reasons audiences went to see the films. There was always a record tie in and many of the songs were not just Soul hits but Pop hits. Isaac Hayes' "Theme From Shaft" went to No. 1 on the Pop charts and then won a Grammy and an Oscar! A few of the better-known soundtrack albums include James Brown's music for Black Caesar, Roy Ayers' music for Coffy and, of course, Curtis Mayfield's soundtrack for Super Fly.

GCDB: Dracula has been redone many times over the years as we know. There’s also been tons of vampire movies made. Where do you think these films stand in the pantheon of the horror genre?

JH: Although I was terrified by the idea when I was younger, as an adult vampires seem a bit silly to me. I don’t really buy the “body drained of blood” idea. Really? You drank a full human being’s blood?!—and all the blood was drained from those two small punctures in the neck?! That said, audiences remain creeped out by the idea of “the undead” roaming the earth looking for both human blood and converts. It’s a staple on TV, in books and in films.

GCDB: The big question: Which film do you like more and why?

JH: Blacula is the best. It’s the freshest and the more fast-moving of the two. It’s got the punch of newness even today.

GCDB: I wish they had done more Blacula movies. I think they were supposed to do Son of Blacula and others, is that correct?

JH: Yes, there was a script for a third Blacula installment but when Scream Blacula Scream did only moderate Box Office, the idea was scrapped. Regardless, the company that made the film— American International Pictures —did come back the following year with a few more horror pictures including Abby (1974; a black take on The Exorcist), and Sugar Hill also 1974; a black cast voodoo/zombie hybrid).

GCDB: Are there any other Blaxploitation genre films that aren’t on home video yet that you hope to see be given this same treatment?

JH: I think the pairing of Blacula and Scream Blacula Scream is a great idea and Eureka Video has done a stellar job. The picture has been restored and is crisp and clear, the artwork is amazing and the booklet informative. If I were to pick another Blaxploitation double bill DVD it would be Super Fly and Super Fly T.N.T.; everyone saw the first film but almost no one saw the second, and Blackenstein and Dr. Black, Mr. Hyde. Those two fun titles tell the story before you even see the films!

Special Thanks to our contributor Josiah Howard for this great interview!