Aye! Avast there! We mateys sail the seven seas led by "Crossbone Kelly" (Jeannie Bell) and the lively lassie named Angie (Rosanne Katon). Together with a crew of fellow lily-livered lubbers, these maidens call themselves....THE MUTHERS!!! 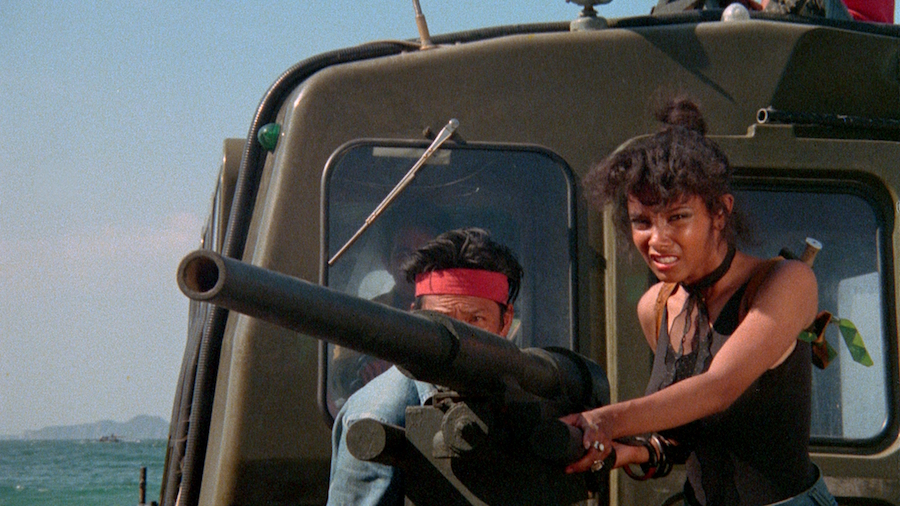 Okay, but in all seriousness, Jeannie and Rosie are modern day pirates. Looking to rob and score from various spoiled-rich folks who make the mistake and venturing out into the Pacific Ocean with their yachts. After an exchange for booty (That will be the last of the pirate lingo that I mention. I swear!) Kelly recieves word that her sister, Sandy, has gone missing. Kelly eventually finds out from the Justice Department that Sandy has been kidnapped and taken into some sort of plantation fortress where women are housed like prisoners and and are forced to endure hard labor of working in the fields by landowner/warden, Montiero (Tony Carreon) The Justice Dept. agent tells Kelly and Angie to infiltrate this "Prison" as spies or else they'll get arrested for their pirate crimes. The girls agree to option #1. So off they go, enroute to Montiero's haven of hell. Once they get there, they get information from their cellmate/worker, Marcie (Trina Parks) on the whereabouts of Sandy. Come to find out, Sandy's already tried to escape and is already close to kicking the bucket due to the torture methods emplied by Montiero . Another character is introduced, Serena (Jayne Kennedy), a striking beauty who had once worked out in the fields, but had "Risen" in the ranks to "House servant" for Monteiro. It appeared that Serena and Marcie were once friends, but Marcie feels abandoned by what appears to be greediness exploited by Serena. 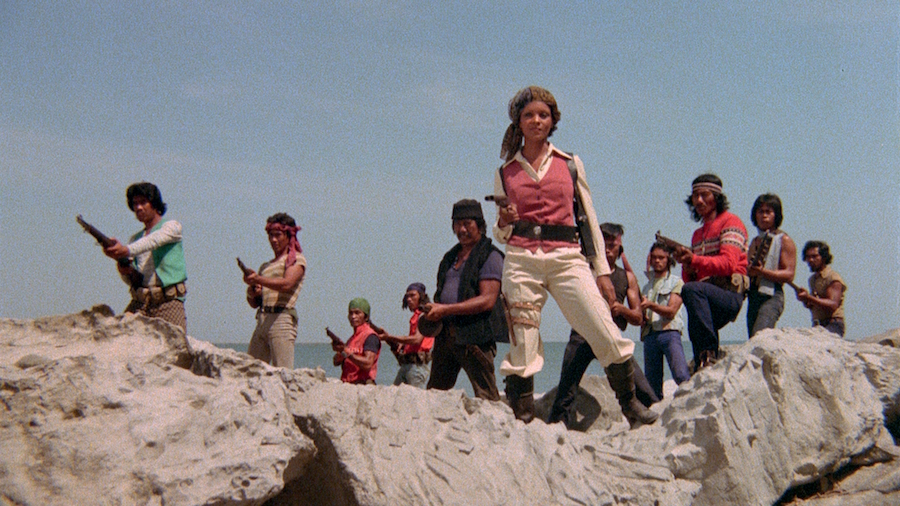 As the days go by, Kelly and Angie are losing their minds in the hellhole and want out! The timing comes when their cover has been blown by the now-deceased Justice Dept. Agent. Just when the girls appear to recieve their harsh torture, Serena causes a breakout for the girls. With that plot device, we now go from Women-In-Prison film to a survival-in-the-jungle film! We're told almost all throughout the movie how "Escaping from the jungle is so impossible", but now the situation has become tougher because not only is there a shaky alliance between the girls, there's also the usual natural horrors of the jungle threatening our girls. And if that weren't enough, Monteiro's forces are now combined with The Muthers' piratey arch-enemy, Turko (John Montgomery) Expect to see this movie close out with over 1000 bullets being fired! 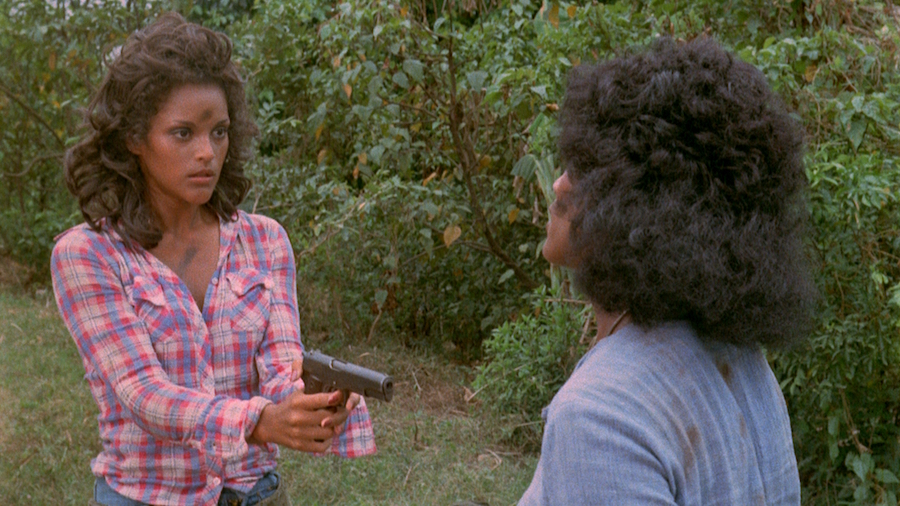 Though this was among the last of the Filipino/Blaxploitation movies that Cirio Santiago worked on--And the one that wasn't as successful as TNT Jackson or Ebony, Ivory and Jade--It's still not a tremendous loss by any means. Of course, it's far from perfection (What Santiago movie is perfection?) it's still worth looking at. Most of the positive reaction comes from the cast. Jeannie Bell continues to secure her status as one of the great leading action heroines of the 1970's (Even though she's often doubled by a man when doing those hand-to-hand combat scenes) As for Rosanne Katon..Well, the first time I saw this movie, I seemed to remember this being one of her most reserved performances. Meaning that she only seemed to let her karate kicks and trigger-finger do most of the talking. But I forgot all about her brief delirium performance during the WIP section. So it's good to know there was a little bit of additional acting from her rather than just kicking a whole lot of ass. Trina Parks might be best known as part of the "Bambi & Thumper" duo from Diamonds are Forever. And yes, you do get to see her do a little bit of extra martial arts, as well as having the movie's best lines. And finally there's Jayne Kennedy who was quite a fixture from the era. A Miss Ohio, supermodel, actress, sportscaster, etc. I have to admit what a pleasure it was to see a great big bundle of looks and talent into a very simple-minded action fest like this. The only faults I have with the movie is that the WIP aspect of the movie isn't handled very well. You've seen this scenario presented much better in other films. But the pirate-warfare scenes that open and close the movie are highpoints of this movie. We all love seeing chicks with guns and there's a few occasions here when we see the chicks get to play some BIG guns. That imagery is worth the price alone. Heave-to, mateys!