One of the most entertaining sub-genres in the Blaxploitation era was the "pimp" film. There were a few, but not that many. You had Rudy Ray Moore's Dolemite (1975) and Willie Dynamite (1974) but probably the best of them all was director Michael Campus' The Mack (1973). The reason The Mack is most likely the best (in my opinion) pimpin' film is that it was actually shot on the streets of Oakland, CA and much of the cast were real life hustlers and pimps from the Bay area. In this Godfather of pimpin' flicks, we get a look into the life of a young hustler/pimp named Goldie (Max Julien) who is back on the streets after being incarcerated by two corrupt, racist cops. When Goldie gets out of jail, he finds that his younger brother (Roger Mosely) is a now the head of a group of young citizens trying to clean up the streets. 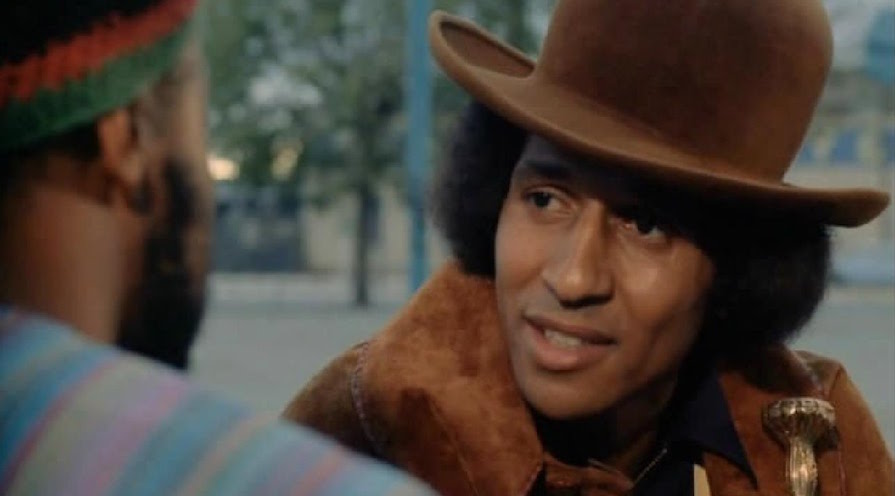 Max Julien is another reason why the film is so special. He has such a sincere and real charm that can pull any viewer right into the story. Goldie gets my vote for coolest pimp to grace the silver screen. When Goldie comes back to his old hood, he has to get a loan from one of his old partners. After he gets the cash, we see in a slow motion sequence, that the money is everything to Goldie. He throws it up in the air and it falls down over him like confetti. One of Goldie's partners is Slim (Richard Pryor). Slim is also Goldie's best friend and Richard Pryor does a wonderful job in the supporting role. He steals every scene he's in, even with Max Julien, and he adds the comic relief to the film when it's needed. 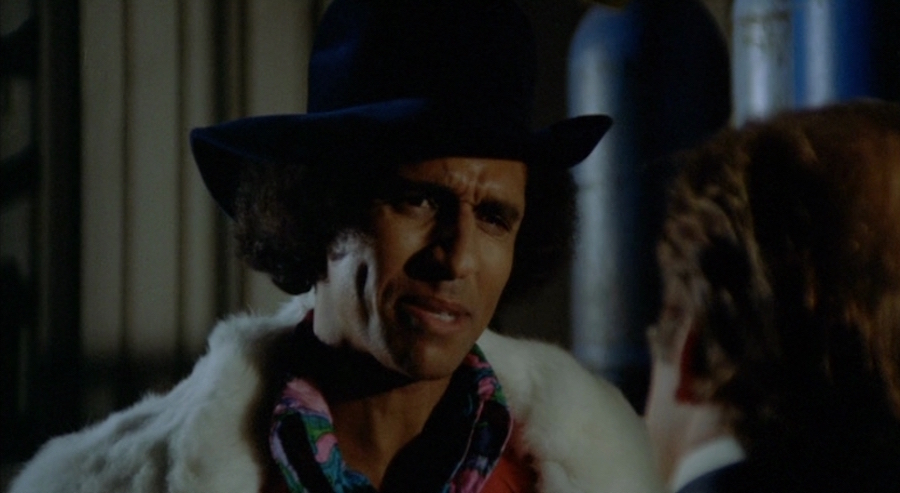 Not many Blaxploitation films are all around, well told stories, but The Mack is that special case. Instead of just being a straight up, shallow pimpin' film, it has a really interesting social commentary on the effects of drugs and crime on the black culture (much like Super Fly). While Goldie is pimping and living the high life, his brother is fighting to stop exactly what Goldie stands for. There's something important here, there's the Goldie view, which anyone can relate to. Goldie is a lower class black man who wants to be someone special and to have nice things. His brother represents the clean and sober Civil Rights-minded black man. We can also see his view, which is to get ahead by educating oneself and contributing to society and the black culture in a positive way. In one conversation, Goldie explains he respects his brother's ideals and loves him, but tells his bro that nothing will stop him from doing his business and gettin' paid. 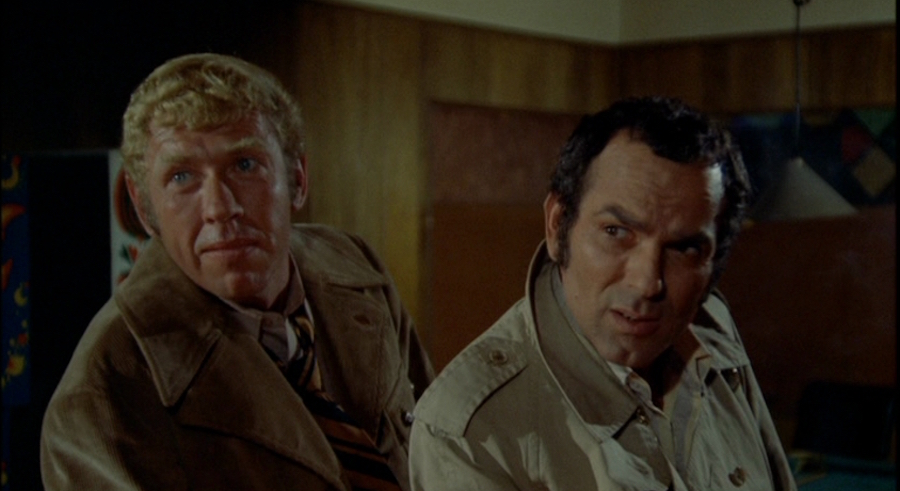 There is an excellent sequence where we see how smart and charming Goldie is. Goldie sells his women dreams of the good life by taking them to a planetarium where he controls the large light show. He speaks to the girls and easily convinces them that if they work for him, their dreams will come true. Goldie comes across as a pimping god that can push all the right buttons to turn these young women into hardcore hos that live to make him a rich man. 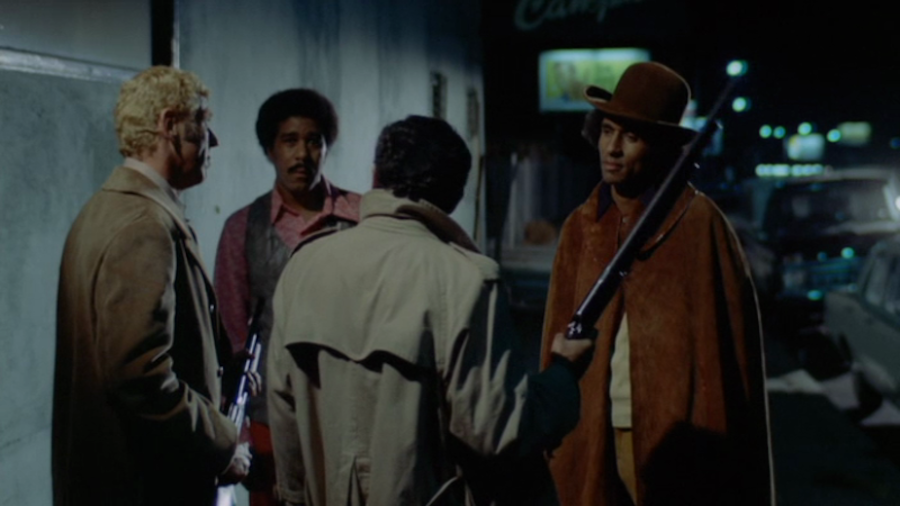 While Goldie builds his pimping business up again from scratch, the two cops that put him away are beginning to get on his case again. One of the cops (played by veteran actor Don Gordon) is a total racist but in one telling sequence, we see he has hired a black hooker. He gropes her breasts and it's clear even a racist cop like him can't keep his hands off the sweet, black sugar! When Goldie starts to make some nice cash from his new pimping biz, he buys his mother a beautiful place right on the water. His mother is a sweet woman who doesn't know what Goldie does, but she is proud of him anyway. To complicate matters, Goldie has to fend off rival pimps and shady white businessmen who want a piece of his action. The more money Goldie makes, the more problems he seems to have. Like they say: pimpin' aint easy. One night, Goldie is met by one of his rival's thugs in an alley, after a heated confrontation, Goldie shows the greaseball what he's worth by picking him up and tossing him right in a dumpster! Another sequence was actually filmed at a real Pimps and Players Ball in Oakland. This is where all the local pimps and hustlers dress up to the hilt in their freshest threads and they vote for who looks best. Of course, our main man Goldie wins the Pimp of The Year trophy with his incredibly fly white fur coat and hat ensemble. He even has a funky fresh pimpin cane. 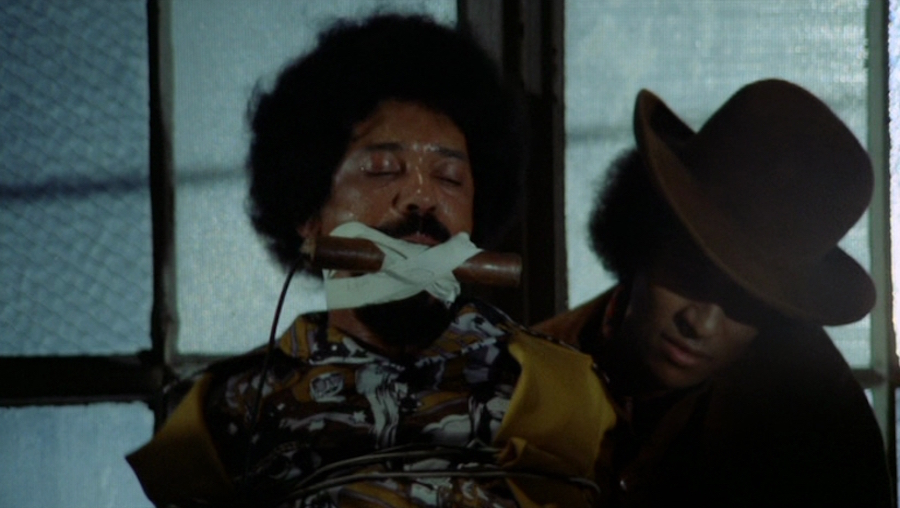 Goldie is making his way back up the pimpin' ladder, but as he gets more money and a stronger reputation in the local area, he finds he can't trust anyone, including his own hos. Goldie is learning the lesson his brother couldn't teach him. If you live by the gun, you will die by the gun. Goldie and Slim try to maintain their status as kings of the hood, but things keep getting more and more out of hand. The film's most violent sequence comes when Goldie captures one of his rivals and wires him with explosives. Goldie finally gets his revenge on the cops that framed him and the other rival pimps, but in the end, Goldie has to leave the hood and start his life over again completely.

If you want to chill out with a great classic Blaxploitation film, or you are new to the genre, The Mack is a perfect place to start. Its filled with raw coolness, drama, comedy and a pimpin' style you just won't get in any other films.

Watch Out Dolemite! Start runnin' Willie D! The Mack is the real deal!!