The Helicopter Spies (1968, USA) is a Spy film directed by Boris Sagal. 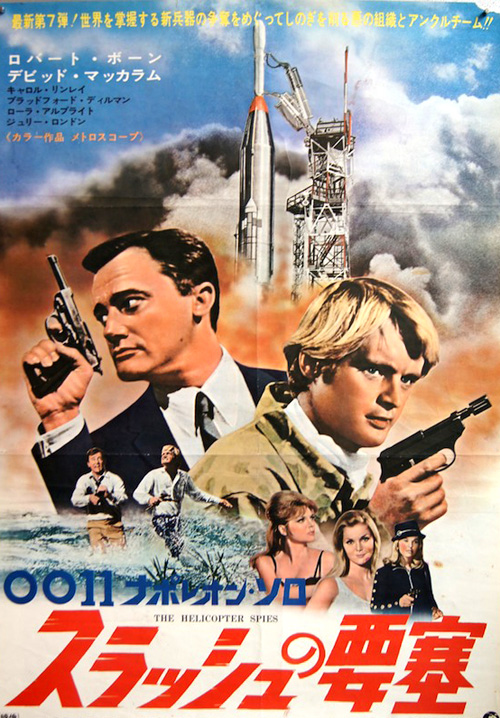 The Helicopter Spies is a 1968 feature-length film version of The Man from U.N.C.L.E.‍  '​s fourth (and final) season two-part episode "The Prince of Darkness Affair". The episodes were originally broadcast in the United States on October 2, 1967, and October 9, 1967, on NBC. It, as does the television series, stars Robert Vaughn and David McCallum. It is the seventh such feature film that used as its basis a reedited version of one or more episodes from the series. (Wikipedia)