The Headless Ghost (1959, USA/UK) is a Horror-Comedy film directed by Peter Graham Scott. 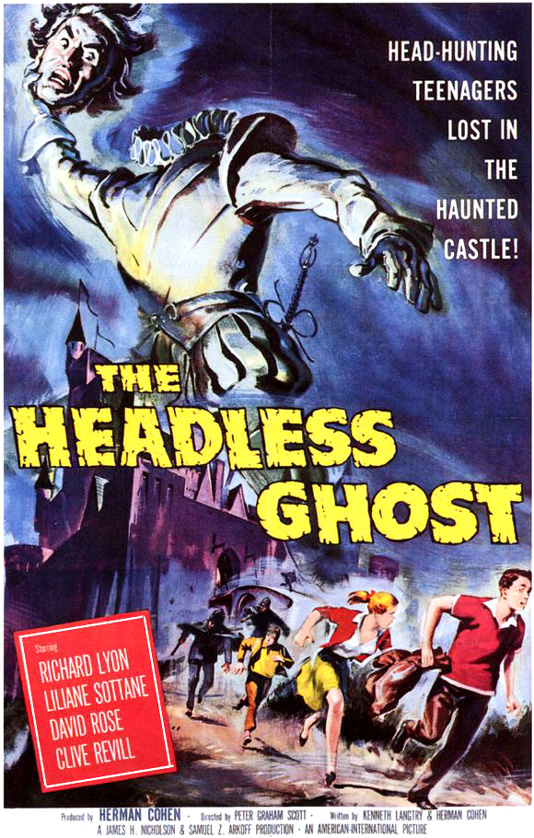 Producer Herman Cohen was making Horrors of the Black Museum in England for AIP. James H. Nicholson from AIP requested a second film in order to make a double feature; it had to be made cheaply and in black and white. Cohen: I told him I'd see what I could come up with. I started thinking, 'What the hell can I do?", and I thought maybe I should do a comedy....In fact, we started Headless Ghost as I was still finishing Black Museum, editing and cutting it. But I honestly don't recall too much else about this picture, it was so bad. The film was shot at the same studio as Horror of the Black Museum with some additional location work at an actual castle. (Wikipedia)