< The Guy From Harlem

Pictures don’t lie; case in point: the breathtakingly primitive carbon-copy movie poster for The Guy From Harlem. It’s an apt representation (along with its thoroughly un-inventive title) about what lies within: Blaxploitation’s Plan 9 From Outer Space. 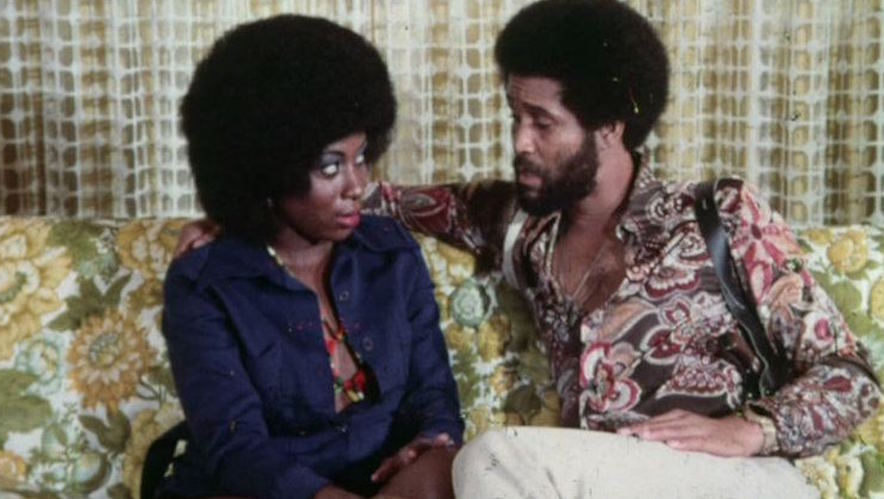 Several “fights”—in one a character is supposedly knocked unconscious after gently being pushed to the ground, flubbed, forgotten or hastily rearranged lines—“what is… what… what might that be?”, and a limp, hand-delivered, obviously empty legal-sized envelope (that is supposed to contain five thousand dollars in cash)—“it’s all there, count it!” are just a few of this film’s extraordinary low lights.

So are the consistent Zero Grade production values—shoddy photography, tinny music (including a theme song that sound like a 70s parody), poor sound effects, repeated scenes (!), clunky “continuity” editing, and a mise-en-scene whose major features include rented (exceedingly tacky) hotel rooms, a makeshift stage (is that really a back woods shack?!) and an empty field as a climactic fighting arena.

A jaw-dropping fiasco, The Guy From Harlem that is an absolute must see for trash film fans. Put it on at a party and watch your guests sit down and stare at the screen with their mouths wide open! Thrillingly inept.