Have ever heard of Mockumentary? It's a fake documentary with comedic moments. Well, there's one film that blurred the line between "real" and "fake" documentary. And that's the film called "The Great Rock 'n Roll Swindle".

It was released in 1980, probably the last year in the golden age of Punk Rock before the Post-Punk took over years later, and it has the final appearance of "legendary"bassist, Sid Vicious. The story of the whole film is about the detective (played by the guitarist, Steve Jones) who finds "the truth" about the band, intersperse with Malcolm McLaren (the band manager) tells us about how he made Sex Pistols to be the successful Punk Rock band among teenagers and get a "Cash From Chaos" that the band made while had a contract with previous record labels, EMI and A&M. That's it,

I can't tell you anymore about the plot because the story is kinda weird and sometimes there's music video intersperse with the plot itself. 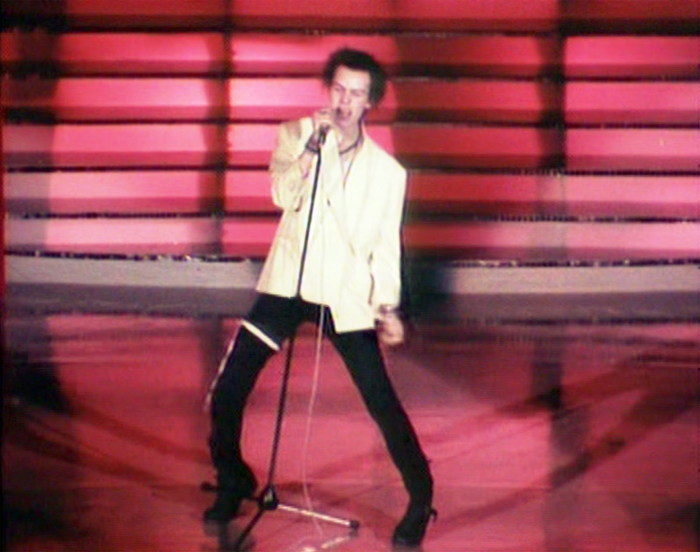 Now, remember when I said that the film "blurred the line between "real" and "fake" documentary"? I said that because, later, we find out that Mr.McLaren is actually a greedy, just like in the movie when he "spoofed" himself, because, in 1986, the band sued McLaren for royalties. Finally, Sex Pistols eventually receiving £1 million in an out of court settlement.

But overall, this movie is very funny and unpredictable. It captures all hype that happened when Sex Pistols was a real bad boys in 70's U.K. Punk. From people dancing to their music to christianity protesting to the obscene lyrics. Also, if you have the soundtrack album, listen to it now. It's their best album in my opinion.