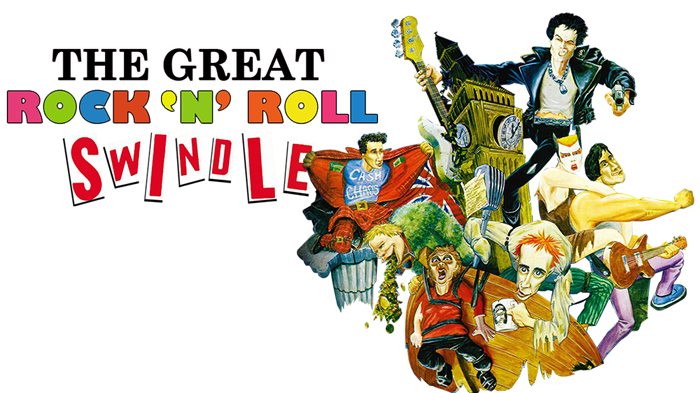 In 1976, the world was hit by a new rock n roll band called The Sex Pistols. The Pistols were really a statement to all authority figures that there was a new generation that wasnt going to stand for the BS from the upper class. In England, The Pistols were a sharp thorn in the side of the Royal family. They pulled no punches when they roared out songs like "Anarchy in the UK" and "God Save The Queen". Fueled by a mix of testosterone and attitude, The Pistols were like a grenade being thrown into the middle of a church service.

The Sex Pistols were originally formed at the "SEX Shop" (in London, England) run by an entrepreneur/con man named Malcolm McLaren. One day, a young John Lydon showed up, with green, fuzzy teeth and wearing a Pink Floyd shirt, which he had modified to by cutting the words "I HATE" above the name. McLaren named him Johnny Rotten. This was a statement that the psychedelic, stoned out sounds of the bands of the 70s were not connecting with the disaffected youth anymore. It was time for change, and groups like The Sex Pistols were going to lead that change. Pretty soon, the punk rock clothing style was as important as the music. Kids wore mohawks, shaved their heads, colored their hair, wore ripped clothing, donned leather and spikes and put safety pins through their noses and ears. The adults were horrified and disgusted which was the best sign to know that they were on the right track.

The Great Rock 'N' Roll Swindle begins with a leather clad S&M figure hissing the story of punk rock from behind his mask. We see a flashback to the first punk rock riot in England. The people gather around and burn effigies of the hated punk figures. The S&M leatherman is actually The Sex Pistols' manager Malcolm McLaren and he dictates the story of his group to a small female dwarf while he sits in a bathtub filled with green water. As you can see, this is not your average movie. The group then holds a Sex Pistols meets American Idol singing audition with a bunch of amateur punk singers that try to recreate Johnny Rotten's style, but they just don't have it. Although they aren't Johnny Rotten, we can see that the punk spirit alone can turn an amateur into a star. What I got most from this film is that The Sex Pistols were as much a social statement as they were a punk rock band. While some may think The group were merely loudmouthed punks with no class, there was something more going on there.

We get an introduction to the UK punk lifestyle as the deranged looking, frenzied punk audiences do dances like The Pogo and The Grapple while The Pistols: Johnny Rotten, Sid Vicious, Paul Cooke and Steve Jones play unruly onstage. The film has a secondary narrative by one of the Pistols: Steve Jones. He plays a private investigator type character who visits different places and gives his own take on the Pistols legacy. At one point, Steve enters the offices of the record label. While a loud mouthed secretary rants and raves (with ants crawling on her face!), Steve proceeds to take one of The Pistol's framed gold records off the wall, pull down his pants and take a dump on it. Its a very funny scene. A cool addition to this film is the use of animation. It has that Ralph Bakshi Heavy Traffic/American Pop look to it which is cool if you are a fan of animation (as I am). There are also a few performance vignettes from Sid Vicious in the film. Sid is one of the icons of Punk Rock. Years after his death in 1980, you can still see his image on T-Shirts and on posters. When Sid is in the spotlight he has a very unique and magnetic presence. In all his scenes he comes across as a punk rock Elvis, riding on a motorcycle singing and later as he opens a beer and sings into the mirror. His ultra-lanky, scarred body flips all over and we can see a cameo by his infamous girlfriend Nancy Spungen as she watches him from across the room. At the end of the film, Sid sings his own punkified version of Frank Sinatra's "My Way". You can see this legendary performance recreated in the film Sid and Nancy (1986). You can also hear the song play over the end credits of Martin Scorsese's gangster classic GoodFellas (1990).

The Great Rock N Roll Swindle is the perfect example of a "cult" film. Its not a linear story or a musical like The Rocky Horror Picture Show. It is an abstract work of punk performance pieces and animation thrown in a blender and pureed. The first punk "mockumentary" if you will. (Note: This Is Spinal Tap was released 4 years after this film). Looking at the film 25 years after it was made is a really interesting thing because it is very much a document of the original punk rock era. Its both dated and timeless. The Sex Pistols may have been a group of snotty kids who caused trouble wherever they went, but they were also a piece of special pop culture history. The group represented youth turning against societal decay and oppression, and they also were very inspirational to many people who went on to form their own punk bands. Sometimes anarchy and aggression can save lives. The Sex Pistols were a call to arms, a punch to the face, a piss on your shoe. This DVD is a must have for punk rock fans and cult film lovers!!! 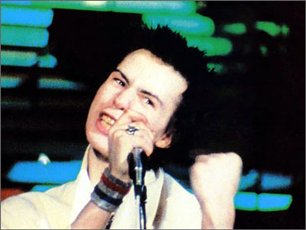 MUSIC PERFORMANCES INCLUDE: ANARCHY IN THE U.K., JOHNNY B. GOODE, YOU NEED HANDS, NO FEELINGS, SILLY THING, ROCK AROUND THE CLOCK, BODIES, GOD SAVE THE QUEEN, PRETTY VACANT, SOMETHIN' ELSE, LONELY BOY, C'MON EVERYBODY, BELSEN WAS A GAS, NO FUN, WHO KILLED BAMBI?, BELSEN VOS A GASSA, MY WAY.