The Girl Who Knew Too Much/Review

< The Girl Who Knew Too Much

Nora (Leticia Roman) is a great lover of mystery novels who has traveled to Rome to visit a friend of the family. The friend, Edith, is very sick and is being tended to by a local doctor named Marcello Bassi (John Saxon), who takes an immediate liking to the pretty Nora and tells her to track him down if Edith's condition worsens. Unfortunately, Edith's condition does worsen and she passes away in the middle of the night, prompting Nora to race into the into the darkened city on foot to track down Dr. Bassi. As if her friend dying wasn't bad enough, Nora is also mugged and rendered unconscious on her way to the good doctor's home.

Upon waking, Nora witnesses a vicious murder in which a pretty young girl has been stabbed in the back and dragged of by a silhouetted assailant. She passes out again at the sight of this and is found later the next morning by a man apparently wishing to cover up the murder (by dousing her with a good helping of alcohol) and several moments later by a police officer who thinks her rantings about murder are just brought on by her apparent drunkenness. A detective questions her about what she saw but no body turns up and no one is reported as missing, so the police department dismisses the whole incident entirely. Feeling there is more to the story, though, Nora (with the reluctant assistance of Dr. Bassi) plays on her love of mystery novels to try and figure out what it was that she had seen and how it connects to murders that had occurred ten years prior to the incident she supposedly witnessed. 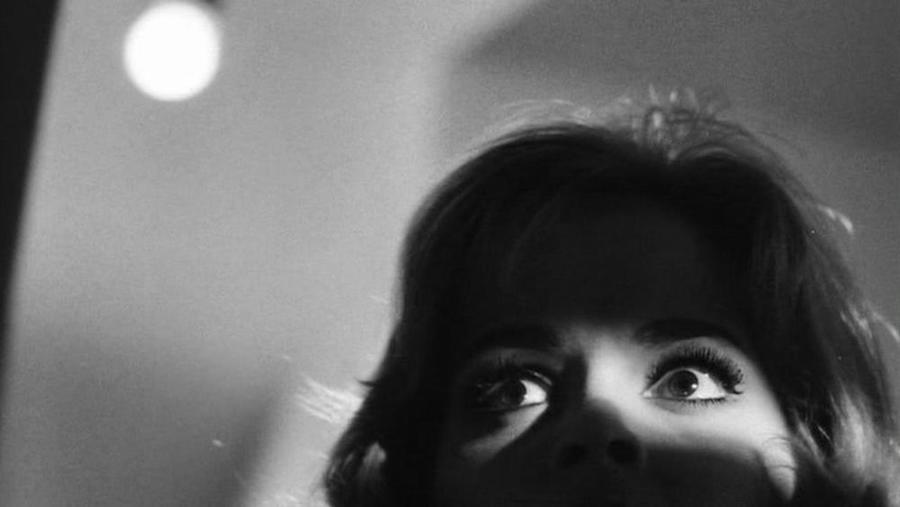 With The Girl Who Knew Too Much, Mario Bava set about the machinations that would lead to one of the most popular genres in Italian film ever made, the giallo (which were films based on Italian pulp mystery novels). Perhaps the most interesting thing about this film is the fact that it is set up almost exactly like we are watching a filmed mystery novel. There is a narrator that moves the story along and the events all seem like something out of a lurid pulp novel. This film not only inspired great directors like Dario Argento and Lucio Fulci's future work, but it would also eventually spawn a series of rip-off films that would flood the Italian film market for years to come.

Although Bava reportedly fostered an animosity towards his leading man John Saxon (because, according to the liner notes, he felt like Saxon got his job because he may have been sleeping with Roman), the actor actually manages to come off very humorously. Though his character really isn't intended as a comic centerpiece, there are a few moments (most of which involve an injured finger) that are pretty funny. Seeing him here, one can hardly envision the character he eventually went on to play in the Nightmare on Elm Street series.

Bava fills his film with the usual wonderful cinematography and it also contains many lush scenes made all the more beautiful with the use of black and white. One scene (featured on the menu screens of the DVD) involves a push in to Roman's beautiful face as nuns on either side of her move out of the way. The effect is almost other-worldly and gives the film a very interesting feel. Another interesting scene features Nora booby-trapping the place she is staying with a large amount of string and some slippery talcum powder. The shot of the entire home covered in string is one of the most humorous in the film, and the scene directly following it is even more so.