The Girl From Starship Venus/Review

< The Girl From Starship Venus

I'm not sure why a kid was watching this movie, but he's right: There is something in The Girl from Starship Venus that we don't get from Hollywood films. It takes a certain amount of bravery to make the film you want to make while knowing it won't have mass appeal. This kind of bravery is nearly absent from Hollywood productions, but it is present in The Girl from Starship Venus.

The film stars German model Monika Ringwald (The Benny Hill Show) in her only lead role as the explorer. The Sexplorer, if you will. And she is quite well cast in the role; her vacant face and slight accent serve her well as the perpetually confused alien explorer.

The Sexplorer's tiny spaceship -- which resembles a steel marble (because that's what it was) -- lands and then builds a body for the explorer to use for her interactions with the Doms (humans). She is at first completely nude and has a rather funny conversation with the ship's occupants about whether or not she has decorative body hair, i.e., a moustache. She looks down and confirms the presence of her "moustache."

After entering a fitness studio (where all of the patrons are also nude, a stroke of luck for both her and us), she is gifted some clothes by the staff, who think she has been robbed. Throughout this ordeal, and all of the other, usually sex-themed, ordeals of the movie, she is in telepathic contact with the occupants of the spaceship who advise her and provide (usually wrong, but funny) information about Dom life.

There is no real plot. The Sexplorer is here to learn about human life, and that's it. So, the movie plays as a kind of picaresque. The explorer goes from one situation to the next and there's very little that holds the story together. Most of the situations are funny, some of the situations fall into the absurd, and there are a few times where the film offers some interesting insights into modern human sexuality. 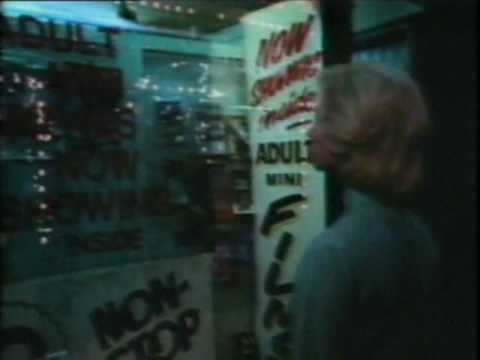 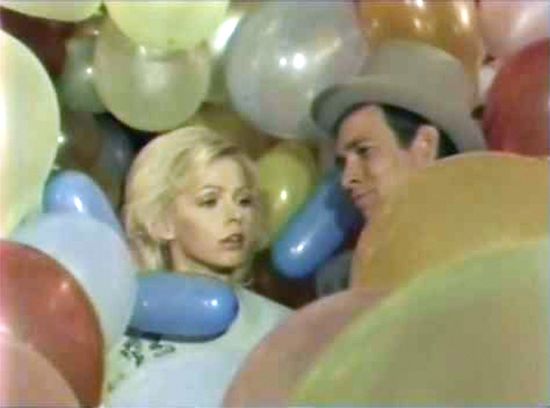 On that last point I'm mostly thinking of the scenes where men who were coming on rather strongly suddenly become sheepish or even fearful when the explorer reciprocates. This leads the explorer to remarking that "most of them prefer to passively watch others doing something." What she doesn't realize, of course, is that sexual liberation was still relatively new in the 70s and people were still trying to figure it out.

Which isn't to say people aren't still trying to figure it out today, of course.

The main highlight though isn't whatever the film has to say about sexual politics, it's the humor. Fans of wry British humor that flirts with the absurd will find plenty to like here. At the beginning, for example, the spaceship crew instructs the explorer, "Should any Dom challenge you, you should reply, 'I am a writer. I am 170 years old. My name is Mark Twain.'"

Unfortunately, though, the humor isn't quite enough to save the film from being on the tedious side, especially during the middle of the film. The jokes lose their wit and bite rather quickly. I'm sure more could have been mined from the clueless alien explorer and her ill-informed support staff idea, but it was not to be.

Without great jokes and with less nudity than the beginning of the film promised, the film runs out of steam. A more engaging plot would have helped, of course, but even without that, the film would have benefited from more frequent and faster-moving "episodes." We don't have either and the film succumbs to a common pitfall of episodic storytelling: Without a plot, you need something else to keep the audience engaged, and this extra something isn't to be found in The Girl from Starship Venus.

Yes, it is a funny film. It is occasionally an insightful film. But it is also a flawed film.

If Tarantino ever puts out a remastered version with some special features like a commentary track, I'd buy it. In the meantime, I wouldn't blame you if you turned it off after twenty minutes or skipped it altogether.