The late great Jack Cardiff was primarily known as a brilliant cinematographer on such classic films as The African Queen, Black Narcissus and The Red Shoes among many others. As a director, Cardiff made several memorable genre classics including The Long Ships, Girl On a Motorcycle and Dark of The Sun. 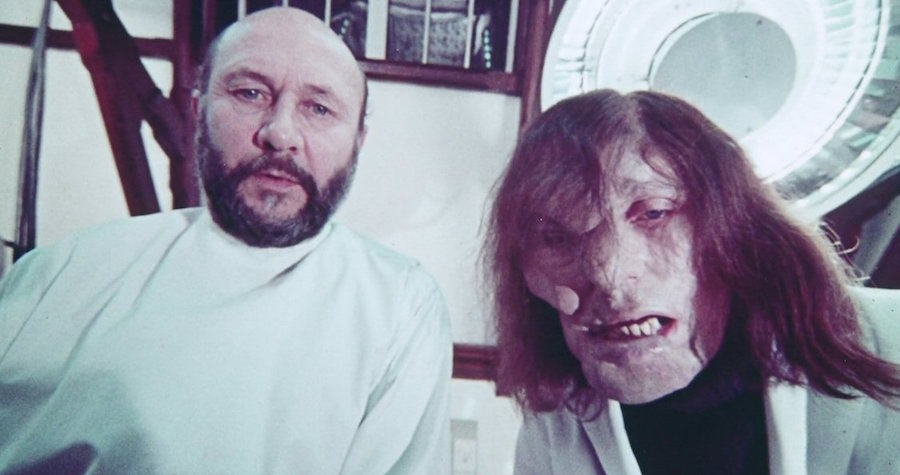 In 1972, he signed on to make a Horror film called The Mutations aka The Freakmaker. The Freakmaker is a sort of unofficial sequel to Freaks (1931) the cult classic film by Tod Browning about a group of traveling freak show members who seek revenge on the normal people that look down on them. Jack Cardiff's The Freakmaker gives that story a slight twist with its mad scientist aspect. 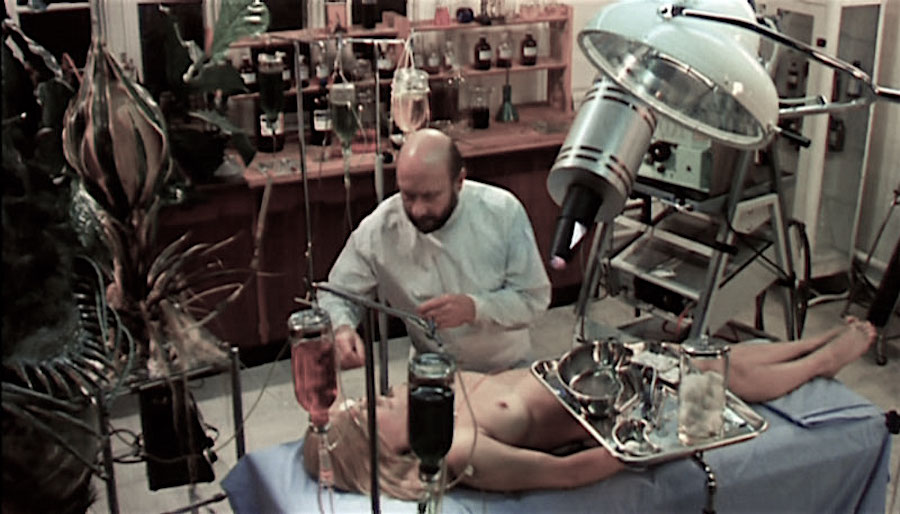 The film opens with some really beautiful and interesting time lapse footage of flowers and plants growing, which is a nice way to introduce the film's main theme. The tale is narrated by Professor Nolter (Halloween's Donald Pleasence) who seems to be your average, every day science teacher at a college in London, England. What the students don't know is that Nolter has been conducting his own strange experiments, fusing together human cells with plant life. As we see early in the film, one of his plant-humans actually bleeds when he cuts into it with a scalpel! 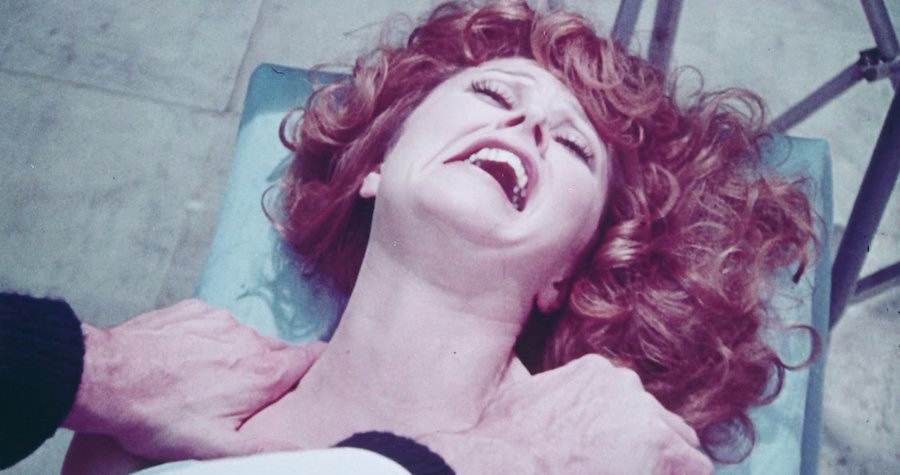 A young girl from Professor Nolter's science class walks home from school one day, and she is followed by several small people who have set up their Traveling Freak show in the area. They follow along behind her in the fog, and it's a very creepy sequence. Out of the forrest a dark figure grabs her. This man is Dr. Nolter's assistant Lynch (Dr. Who's Tom Baker). Lynch brings the girl back to Nolter's lab where they prepare her for tests. Lynch has a strange facial disfigurement and we see that he hates himself because of it. Professor Nolter plans on helping Lynch become normal looking again as long as he helps conduct the experiments and bring more human guinea pigs to him. 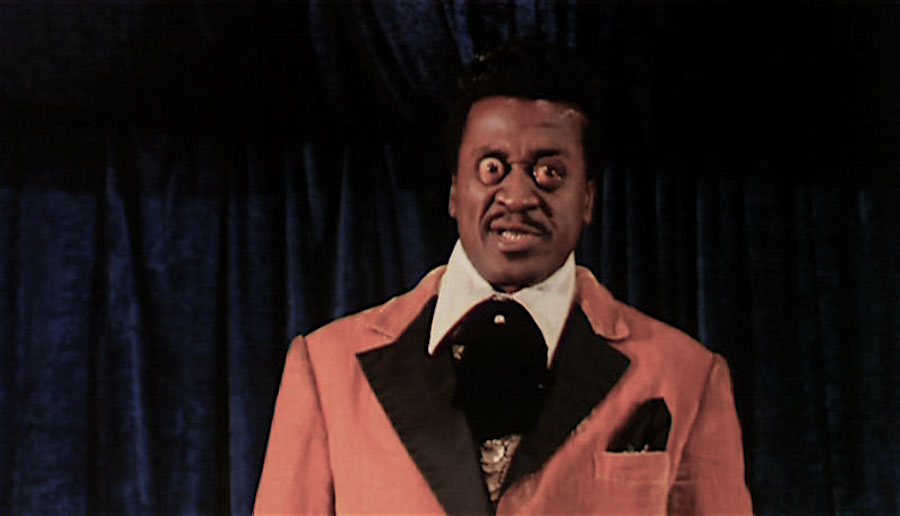 Meanwhile, the Traveling Freak show is getting ready to open and we see the small people who had been tailing the girl. We learn they were merely trying to give her a little scare, the way other normal people do to them every once in awhile. The freaks in the small wagon are really just like anyone else except they have been mutated in strange ways. 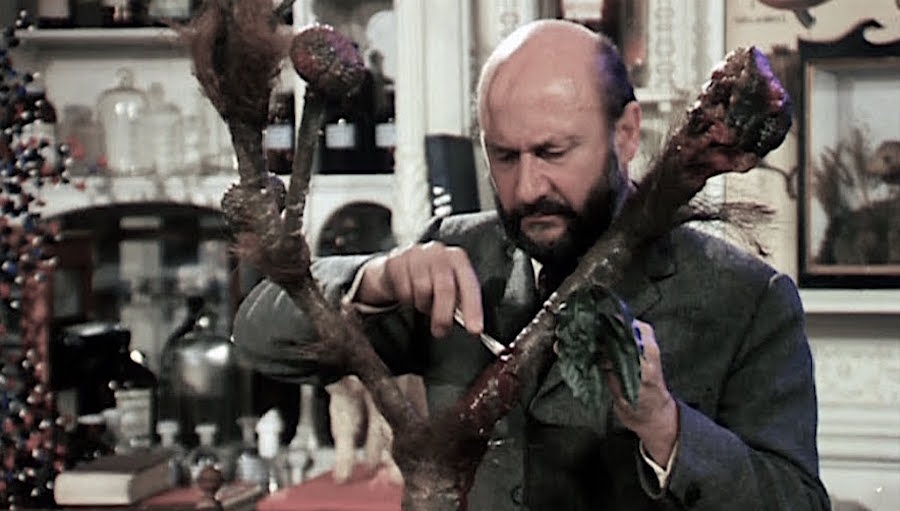 While the rest of the Freaks seem to be accepting of their strange mutations, Lynch is not and he takes it out on them in violent outbursts. Lynch is an outsider even in the Freaks circle. The kids from the college (played by Scott Antony, Julie Ege and Jill Haworth) goto see the Traveling Freak Show one night where they see some really incredible and disgusting things. This is where we witness what strange abilities the freaks have. "The Bearded Lady" has a hairy face. "The Lizard Lady" (Esther Blackmon) has a rough scaly skin resembling an amphibian. "Frog Boy" (Felix Duarte) has no bones in his legs so when he stands on his hands his legs resemble bent frog legs. "The Human Pretzel" (Hugh Bailey) has legs that curve 180 degrees. "The Monkey Woman" has the features of a (you guessed it) hairy monkey, "The Human Pincushion" has no nerves and can puncture himself with large needles. "Popeye" (Willie Ingram) can protrude his eyeballs from the sockets. Wait till you see that! WHOA! This part of the film is a sort of a "Freaksploitation" sequence which thrills both us and the freak show's audience in the film. 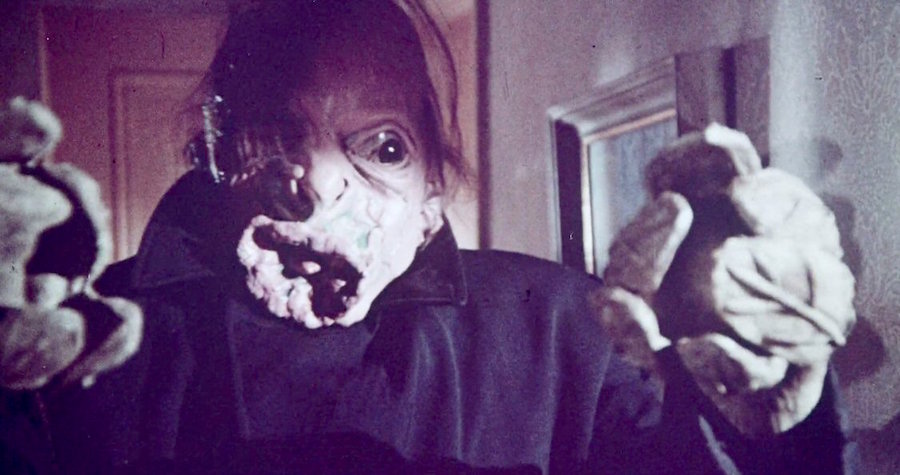 As the film unfolds things begin to get more and more out of control. The innocent college students become victims of Dr Nolter's horrific Venus Flytrap Plant Creature. Dr Nolter becomes the target of his own twisted experiments and Lynch's own hatred of himself and his fellow freak family becomes his undoing.

While it's obviously not a production on the level of something like Powell-Pressburger's The Red Shoes, The Mutations is still an intriguing 70s sci-fi thriller from Jack Cardiff. As a fan of both his amazing work as a cinematographer and of exploitation cinema, I really appreciate the fact he delved into both worlds.