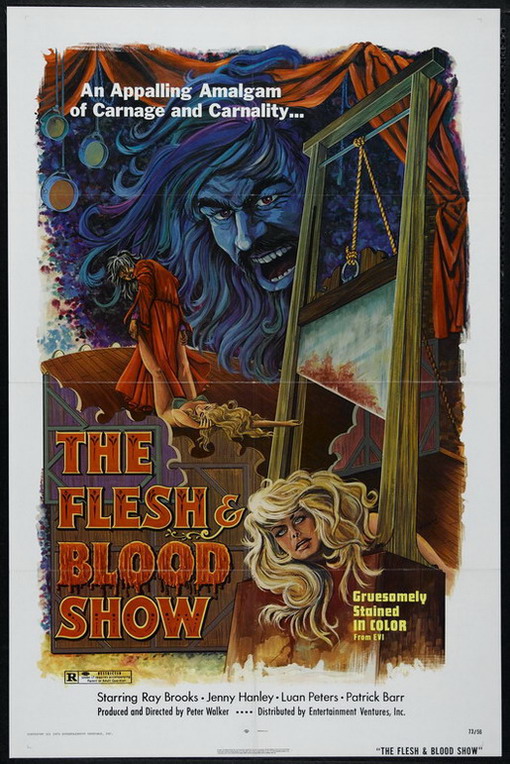 A anonymous producer assembles a group of unemployed actors and actresses to be in a play, rehearsing in an abandoned theatre beside the sea. A murderer, who wears black gloves, kills all of the actors in various ways. The murderer is later revealed to have previously been an actor, who trapped his wife and her new lover in the wall, re-emerging 30 years later to commit murder again.The seaside theatre in the film was the Pavilion Theatre in Cromer, England. The film's ending was originally filmed and shown in cinemas in 3-D. The film's plot of young actors and actresses being murdered became a theme in the director's later work. (Wikipedia)