Sitting between Cul-De-Sac (1966), an absurd crime-comedy, and Rosemary's Baby (1968), a psychological horror affair, is The Fearless Vampire Killers (1967). Roman Polanski 's comedy-horror film deals with a certain Professor Abronsius (Jack MacGowran) and his inept assistant, Alfred (Roman Polanski) as they go about in search of vampires deep in Transylvania. 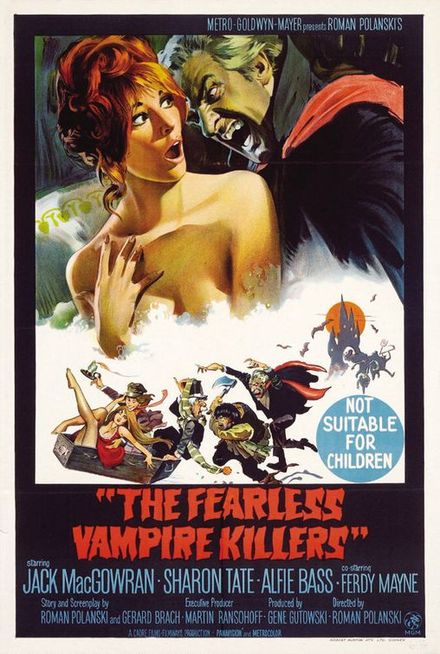 There they run into an eccentric innkeeper Shagal (Alfie Bass) and his wife (Jessie Robins). They also encounter a couple of beautiful maidens, Shagal's daughter Sarah (Sharon Tate), who captures the attention of Alfred, and Magda (Fiona Lewis), the maid who works at the inn. Soon enough Sarah is kidnapped by Count von Krolock (Ferdy Mayne) and the duo seek to rescue the maiden from the vampires.

There is a fairy-tale touch to The Fearless Vampire Killers. This is visible in the background scenery in several of the sequences. For instance, when Abronsius and Alfred, in order to deal with the sleeping Count, hop their way from one end of the castle to the other we see a backdrop of mountains and glaciers. The fake scenery somehow creates an effect on the viewer that this is a make-believe effort rather than a real story unfolding before them. Much like make-believe tales are weaved out before children by elders.

Another element of fairy-tales is seemingly visible in the serene atmosphere that develops when Sarah and Alfred interact. Krzysztof Komeda's music beautifully captures the haunting background as well as Alfred's enchantment with Sarah.

The humour at display is more action and narrative based rather than one that relies on spoken words. So, in one sequence, we have Shagal stealthily entering the room where the guests are staying and trying to board up one of the doors.

On the one hand he takes all the precautions when walking into the room, on the other he proceeds to hammer the wooden boards in loudly. This wakes up Abronsius and Alfred. When he makes his way out, he finds the two occupants staring at him in bewilderment. Having completed his task, he ensures that there is no further noise and even gestures "All is fine" with his hands.

In another sequence, when Alfred opens the Count's coffin, he finds Shagal asleep in it along with the Count. In an earlier scene, Shagal had tried to sleep in the same room as the Count, bringing in his own coffin. However, he was hounded away by Krolock's servant (Terry Downes).

Roman Polanski 's Alfred is an assistant who is more involved in the worldly affairs as compared to his master. He lusts and loses himself after the beautiful girls of the inn, especially Sarah. While not a very sure individual, he's also not a bumbling fool. That role is played by Abronsius, the mad scientist and Shagal, the repressed innkeeper who is after Magda. 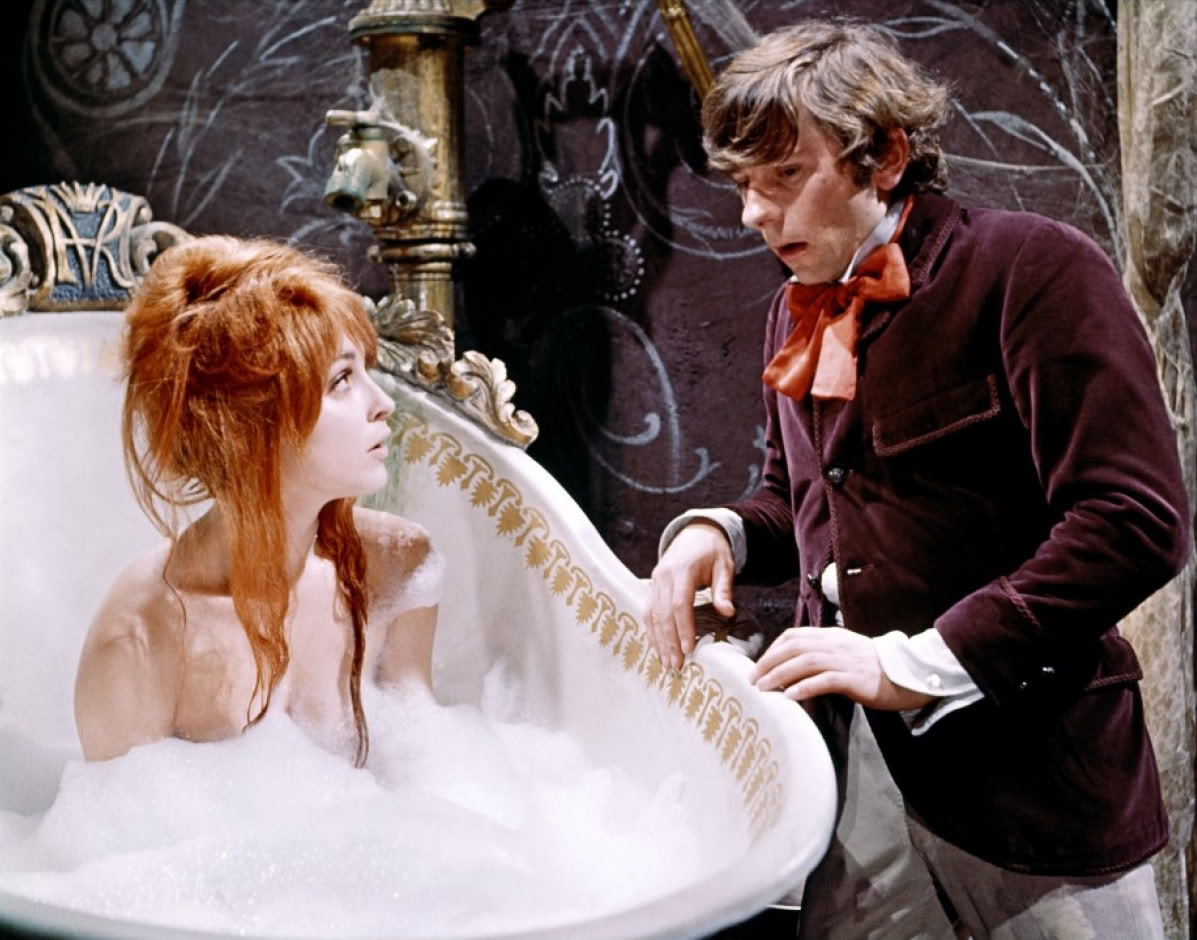 Sharon Tate 's Sarah is supposed to be the ingénue beauty, who with her innocence and simplicity is a source of attraction for Alfred. At the same time, these qualities make it tough for him to save her from the clutches of the evil Count von Krolock.

Krzysztof Komeda's score is one of the stronger aspects of the movie. The main theme of the film immediately captures the viewer's attention, supplying the movie with a sense of grandeur and mysticism.

Perhaps, the best scene in the film is the dance sequence. (The version released in UK was originally referred to as the "Dance of the Vampires") The two protagonists enter the musical revelry as the ghouls prepare to turn Sarah into their next victim. The duo plan to escape with Sarah, however, eventually reach a dead-end. The mirror placed there makes it clear to the vampires that Abronsius and Alfred are humans (it has been established in an earlier sequence that vampires don't have reflections in the mirror), while Sarah becomes aware of the true nature of the vampires. This sets up the great escape.

The Fearless Vampire Killers might seem like a dated concept to some and its humour does not stand out in the way it should have for a comedy. But it remains a light-hearted, atmospheric fare which can lighten up the mood in these tough times.