The Fearless Vampire Killers (1967, UK) is a Vampire-Comedy film directed by Roman Polanski. 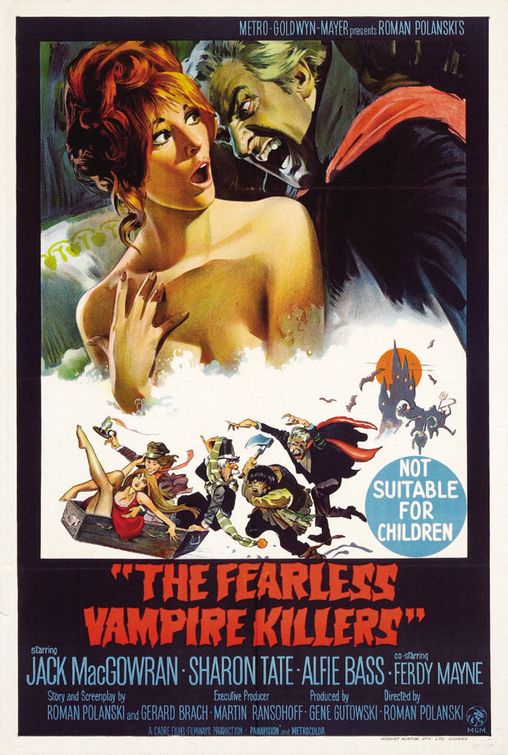 The Fearless Vampire Killers, or Pardon Me, But Your Teeth Are in My Neck (shortened to The Fearless Vampire Killers; originally released in the UK as Dance of the Vampires) is a 1967 comedy horror film directed by Roman Polanski, written by Gérard Brach and Polanski, produced by Gene Gutowski and co-starring Polanski with future wife Sharon Tate. It has been produced as a musical named Dance of the Vampires. The film is set in the heart of Transylvania and the story appears to take place sometime during the mid-19th Century. Professor Abronsius, formerly of the University of Königsberg and his apprentice Alfred are on the hunt for vampires. Abronsius is old and withering and barely able to survive the cold ride through the wintry forests, while Alfred is bumbling and introverted. (Wikipedia)