The Dog (1976, Spain) is a Eco-Terror-Action film directed by Antonio Isasi-Isasmendi. 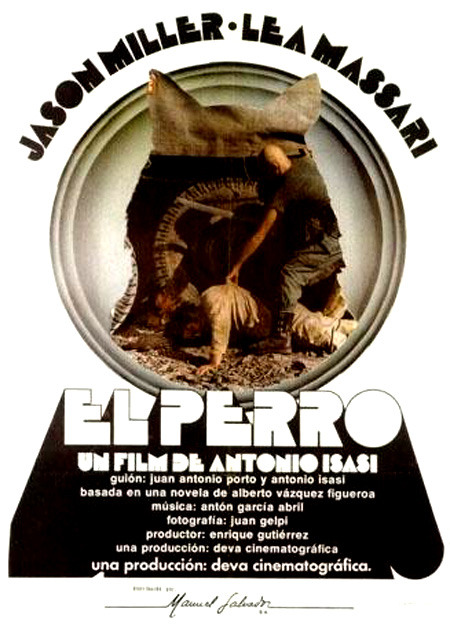 Aristides Ungria (Jason Miller) was a political prisoner being held by a Latin American dictatorship, but he has escaped. A trained dog has been sent to hunt and kill him. While he is trudging through the jungles, he is at a relative disadvantage to the dog. Later, the dog suffers a disadvantage, as it attempts to find its prey in man's jungle: a city. As the hunt continues, the hunter and hunted develop a grudging respect for one another. ~ Clarke Fountain, Rovi