The Doberman Gang (1972, USA) is a Crime film directed by Byron Chudnow. 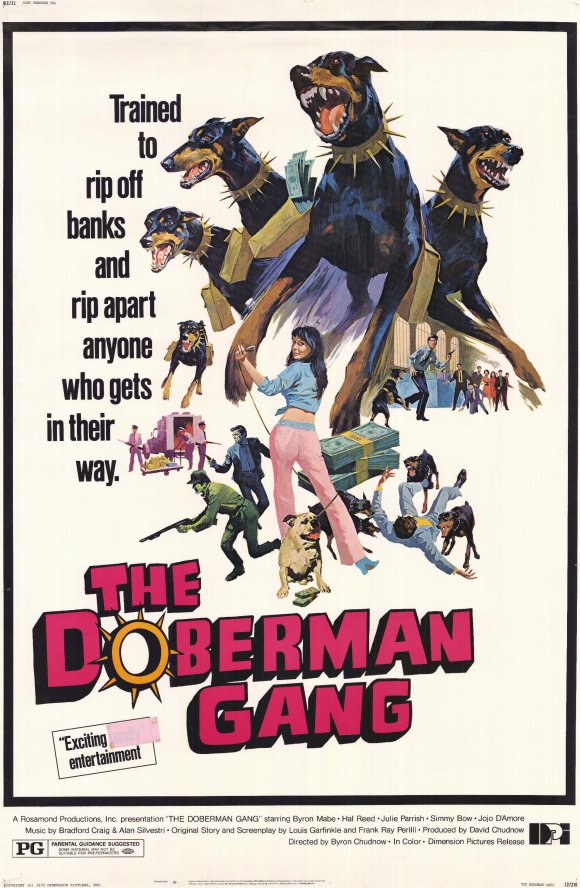 The Doberman Gang is a 1972 film about a talented animal trainer who uses a pack of Dobermans to commit a bank robbery. The six dogs were all named after famous bank robbers. Their names were Dillinger (John Dillinger), Bonnie (Bonnie Parker), Clyde (Clyde Barrow), Pretty Boy Floyd, Baby Face Nelson, and Ma Barker. Its score was the first composed by Alan Silvestri, who found later success with the soundtracks for more notable films such as the Back to the Future trilogy and Forrest Gump. The film was shot completely on location in Simi Valley, California. The Doberman Gang was followed by two sequels: The Daring Dobermans (1973) and The Amazing Dobermans (1976). (Wikipedia)